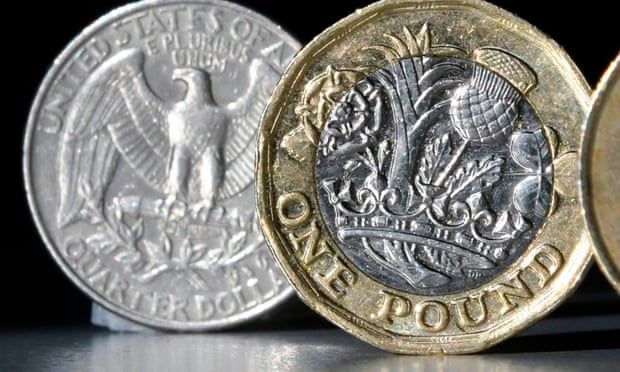 Unemployment rise and prospect of new Scottish independence referendum fuel recession fears
The pound has fallen to its lowest level against the dollar since the onset of the Covid pandemic amid growing concern over the strength of the British economy.

Sterling dropped by more than a cent against the dollar to trade below $1.20 on foreign exchange markets for the first time since March 2020, as City traders reacted to mixed figures from the jobs market and the prospect of a fresh referendum on Scottish independence.

The currency also lost ground as the dollar strengthened to a fresh two-decade high in anticipation of the US Federal Reserve raising interest rates on Wednesday to tackle soaring inflation, possibly by as much as 0.75 percentage points. The Fed last raised rates by this amount in 1994.

Versus the euro, the pound fell more than 1% to about 86.81p, its lowest level since May last year.

Analysts said sterling was under pressure from a stronger dollar after unexpectedly high US inflation figures fuelled expectations for more aggressive rate hikes from the American central bank. With forecast for the UK to fall close to the bottom of global growth league tables next year, the Bank of England could be forced to take a more cautious approach when setting rates on Thursday despite inflation surging to the highest level since the early 1980s.

Threadneedle Street is expected to raise interest rates by 0.25 percentage points on Thursday, lifting its base rate to 1.25%.

The latest drop in the currency comes after the UK unemployment rate unexpectedly rose to 3.8% in the three months to April, up from 3.7% in March. City economists had forecast a decline to 3.6%.

Against a backdrop of negative developments for the strength of the pound, analysts said Nicola Sturgeon’s announcement on Tuesday that she was preparing for a new Scottish independence referendum was also weighing on the currency. Scotland’s first minister said on Tuesday she would update Holyrood on her plans “very soon indeed”.

Simon Harvey of financial trading company Monex Europe told the Reuters news agency: “If I were to isolate the move lower down to one event, I’d most probably say that the Scottish independence risk was the straw that broke the camel’s back.”
#Covid
Add Comment