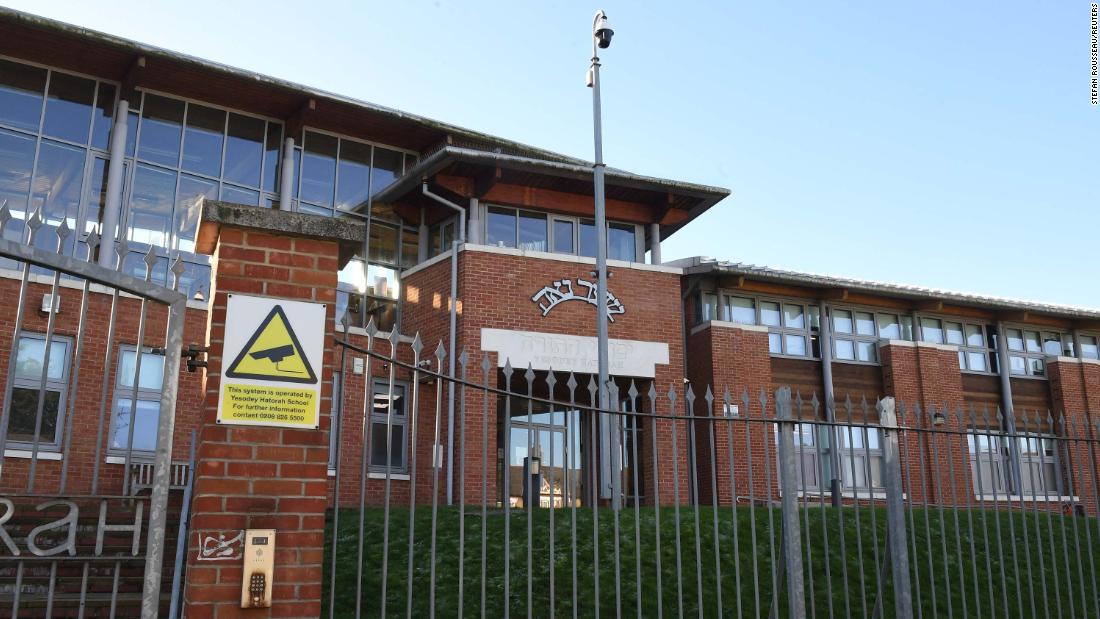 Police in London shut down an ultra-Orthodox Jewish wedding with approximately 150 guests on Thursday. The organizer faces a £10,000 ($13,700) fine for breaking England's coronavirus lockdown, according to police.
Officers responded to reports of a large gathering at a school in north London on Thursday evening, the Metropolitan Police said in a statement Friday.

When they entered the facility in Stamford Hill, the statement said, they found hundreds of people packed together in breach of Covid-19 regulations.

Wedding ceremonies are only allowed to take place with up to six people present, according to the English government guidelines, and wedding receptions are banned under the ongoing national lockdown.

"This was a completely unacceptable breach of the law, which is very clearly in place to save lives and protect the NHS," Detective Chief Superintendent Marcus Barnett said in the statement.

"People across the country are making sacrifices by cancelling or postponing weddings and other celebrations and there is no excuse for this type of behaviour. "

Police said the school windows had been covered to stop people seeing inside, and many attendees "left as police arrived."

The Mayor of Hackney, Philip Glanville, confirmed that the event took place at Yesodey Hatorah Senior Girls' School. The school didn't immediately respond to CNN's request for comment, but the BBC reported the school said its facilities had been leased out.

A spokesman for the school told the BBC: "We had no knowledge that the wedding was taking place."

He added: "We are absolutely horrified about last night's event and condemn it in the strongest possible terms."

In addition to fining the event's organizer, police issued £200 ($274) fines to five other attendees.

"I am deeply disappointed that events of this nature are still happening in Stamford Hill, despite the very grave pandemic situation we find ourselves in, and the number of lives that have already been lost in the Charedi community and across the borough," Glanville said in the statement.

"We will be meeting with the Rabbinate and our community partners over the coming days to see how we can prevent further incidents of this nature."

Stamford Hill is home to a large ultra-Orthodox Jewish community, some of whose members have been criticized for flouting social distancing rules.

Community leaders had expressed disappointment upon hearing earlier reports which suggested that 400 people were in attendance.

The Metropolitan Police said on Friday afternoon that though "initial calls suggested some 400 people had attended the wedding, it is now believed that approximately 150 people were in attendance."

"This is a time for unity, people should try to think of others and keep each other safe," he told CNN by phone on Friday.

Chief Rabbi Ephraim Mirvis said in a tweet that the wedding is "a most shameful desecration of all that we hold dear."

"At a time when we are all making such great sacrifices, it amounts to a brazen abrogation of the responsibility to protect life & such illegal behaviour is abhorred by the overwhelming majority of the Jewish community," he added.

The Board of Deputies of British Jews also said they "unreservedly condemn this flagrant and disgraceful breach of Covid-19 regulations, which goes against Jewish teaching that preserving life is of the highest value."

"We are horrified by the news," they added.

"The science is clear: Such irresponsible behavior poses a significant threat to public health," Patel said during a Downing Street briefing.

"Not only to those in attendance but to our wonderful police officers who attend these events to shut them down," she added. "As this latest measure demonstrates, we will not stand by while a small number of individuals put others at risk."
#COVID-19  #Priti Patel  #Covid  #Coronavirus
Add Comment