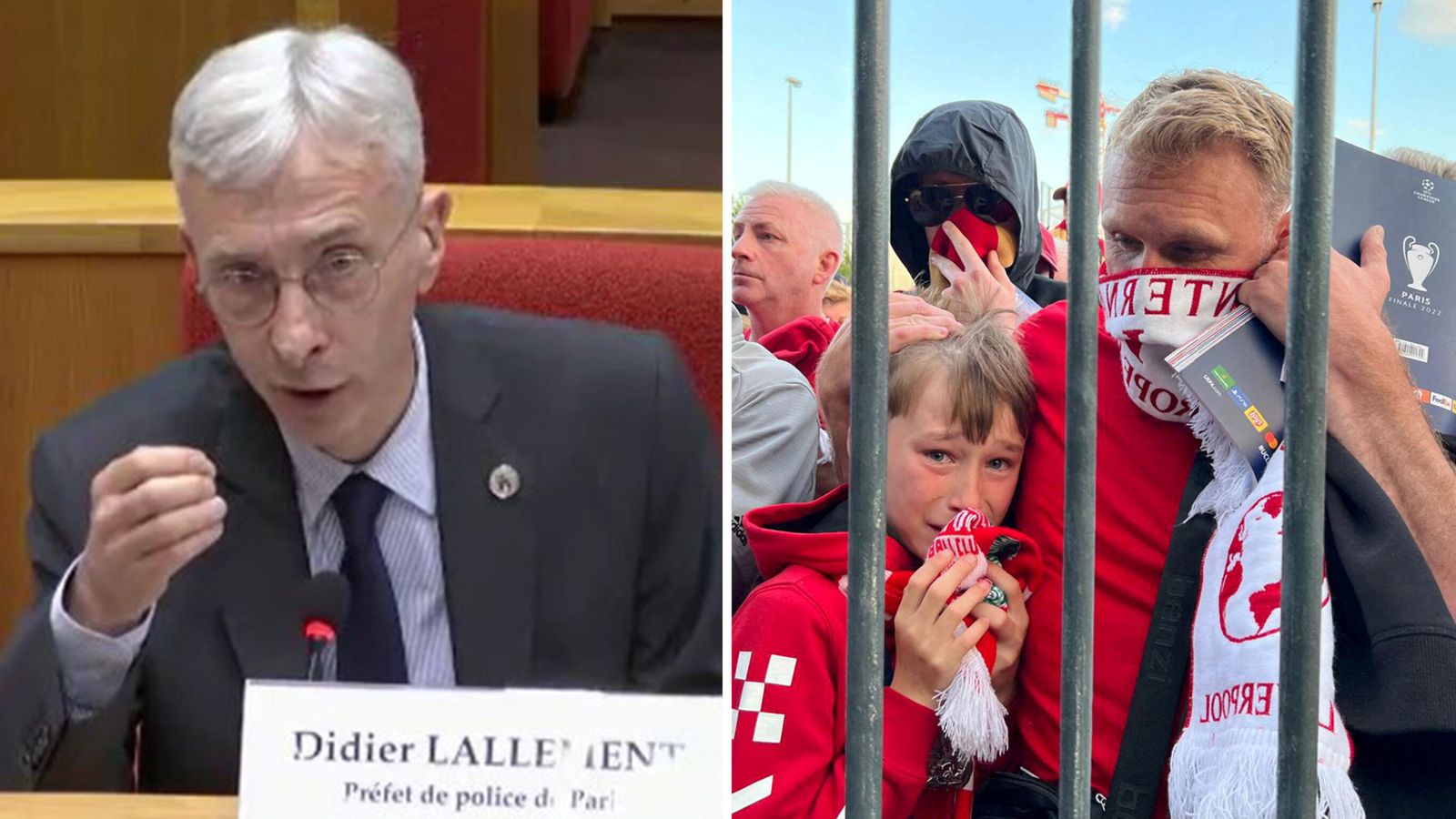 Some supporters were pepper-sprayed and tear-gassed as they tried to enter the Stade de France for the game between Liverpool and Real Madrid, but French officials blamed British fans.

A Paris police chief has apologised for tear-gassing Liverpool fans at the Champions League final, adding "maybe I was wrong".

Some supporters were pepper-sprayed and tear-gassed as they tried to enter the Stade de France for the game between Liverpool and Real Madrid.

Speaking at the French senate on Thursday, police chief Didier Lallement said he was sorry for authorising the use of tear gas but felt he had no other option under the circumstances.

He provided no evidence for his widely discredited claim that up to 40,000 supporters without tickets or with fake tickets attempted to enter the stadium.

"The figure has no scientific virtue but it came from feedback from police and public transport officials," Mr Lallement added.

"Maybe I was wrong, but it was constructed from all the information harvested.

"Whether there are 30,000 or 40,000 people, it doesn't change anything. What matters is that there were people, in large numbers, likely to disrupt the proper organisation of the filtering. But that we count them precisely to within 5,000, it doesn't change much." 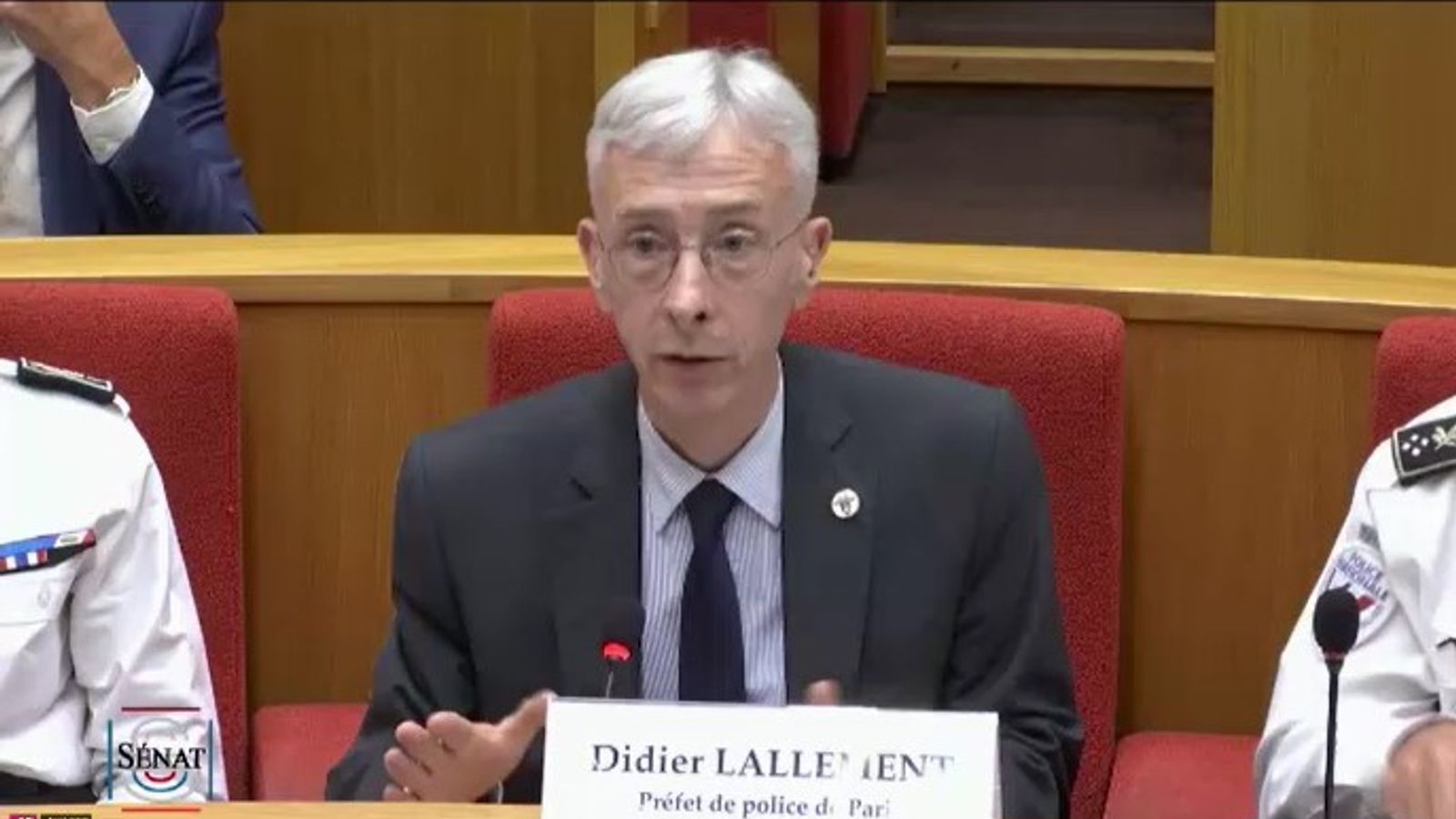 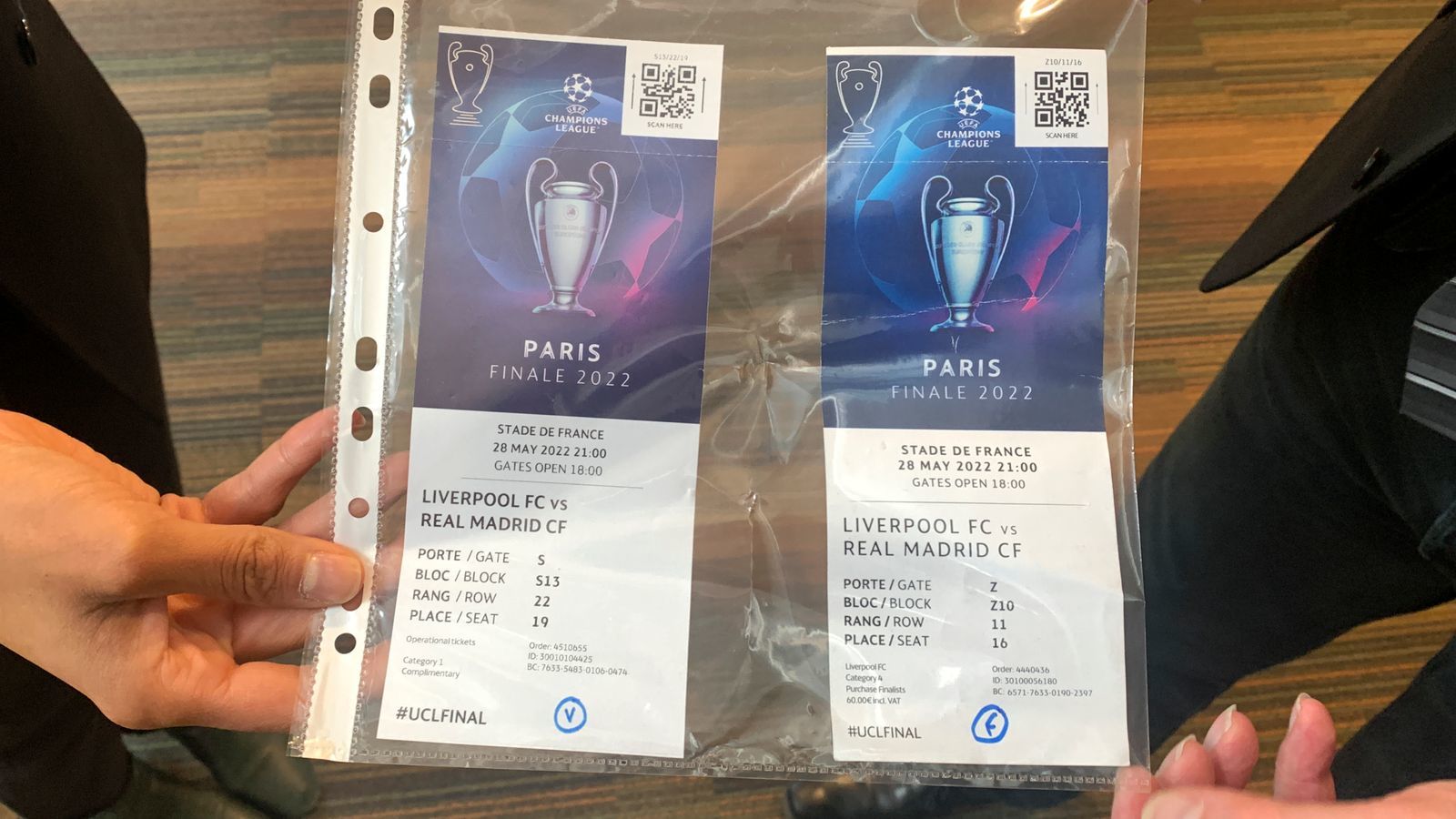 A real (left) and a fake ticket for the Champions League final.

Previously, French Interior Minister Gerald Darmanin blamed British fans for the "fraud on an industrial scale" that caused chaos and said thousands of fake tickets had caused the mayhem.

Richard Bouigue, who is deputy mayor of the 12th arrondissement in Paris, later wrote a letter to a Liverpool supporters' group and said he "bitterly regrets" fans were "singled out for criticism". He was the first French politician to publicly apologise to British fans.

"The time for official denial is over, the time for apologies must be imposed," he said.

"I deplore the dysfunctions in the organisation of the game and the lack of maintenance of order that led to this real fiasco." 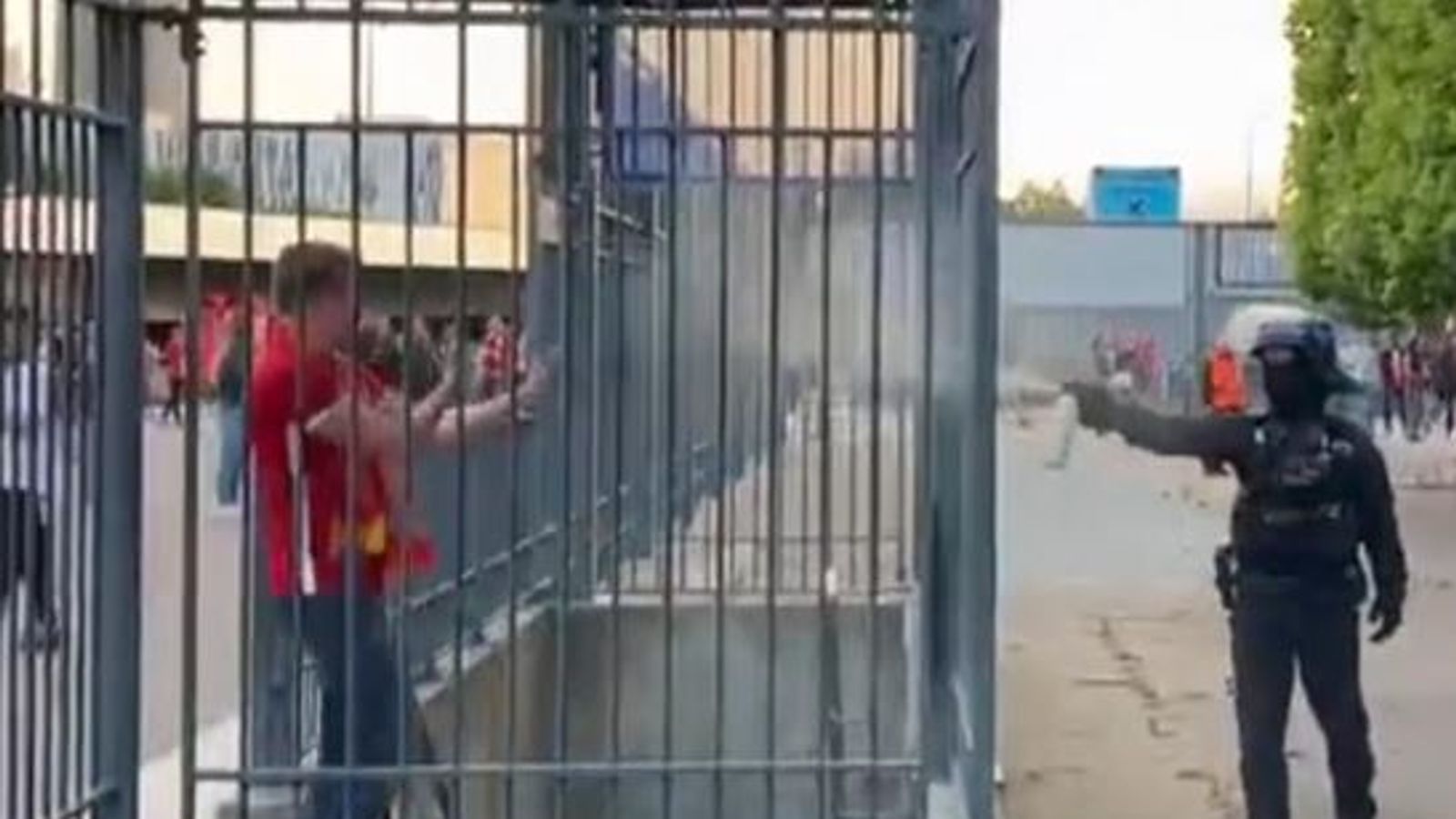 Demands for a full investigation

The UK has demanded a full investigation into what happened, and Boris Johnson's spokesman described the scenes as "deeply upsetting and concerning".

Liverpool FC also called for an investigation after its supporters were subjected to violence and European football's governing body, UEFA, appointed the Portuguese politician Dr Tiago Brandao Rodrigues to carry out an inquiry.

There have been suggestions Mr Rodrigues has links to UEFA president Aleksandar Ceferin and Liverpool is understood to be keen to ascertain the independence and scope of his review.

Club officials will now meet with Mr Rodrigues to help satisfy themselves the process will be fully independent.

Merseyside Police observers said the majority of supporters waiting to get into the stadium behaved in an "exemplary" manner that did not justify the police's heavy-handed tactics.

Ian Byrne, the Labour MP for Liverpool West Derby, was at the match in Paris and said he had never witnessed such scenes since the 1989 Hillsborough disaster that left 97 Liverpool fans dead after a crush developed at Sheffield's Hillsborough stadium.