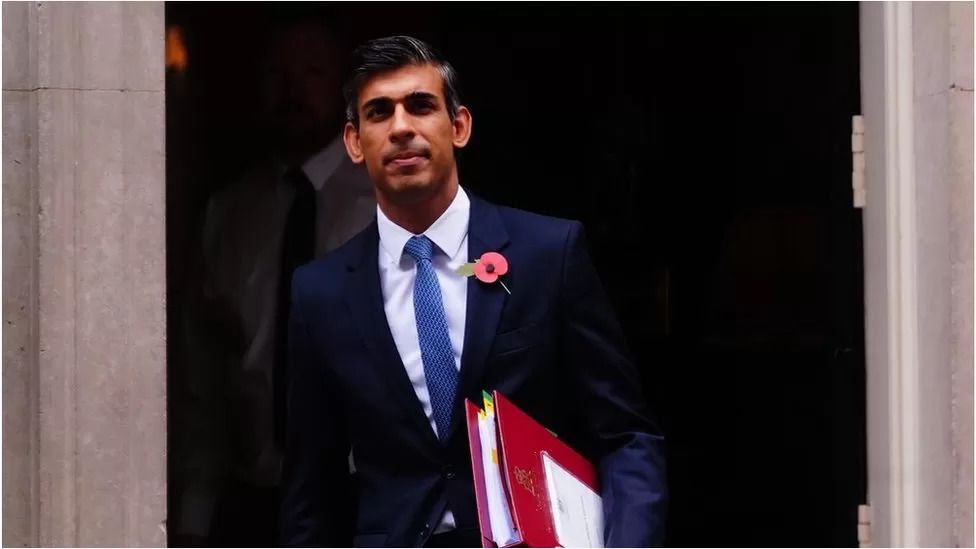 Delays in processing asylum claims and the cost of providing hotel accommodation for asylum-seekers were some of the issues debated at Prime Minister's Questions.

Labour leader Keir Starmer accused the prime minister of presiding over a "broken" asylum system, Rishi Sunak said Labour had "no plan" on how to deal with the thousands of migrants arriving in the UK in small boats.

We've had a look at some of the claims.

Keir Starmer asked the prime minister how many asylum claims from those who arrived in the UK on small boats last year had been processed.

Mr Sunak said: "not enough is the answer", but did not give a figure.

Mr Starmer went on to say that it was 4% of them, which is correct.

He added that of the 4% of claims which had been processed, around 85% were given asylum.

The latest backlog figures for the year to the end of June 2022, show 103,000 asylum applications awaiting a decision. 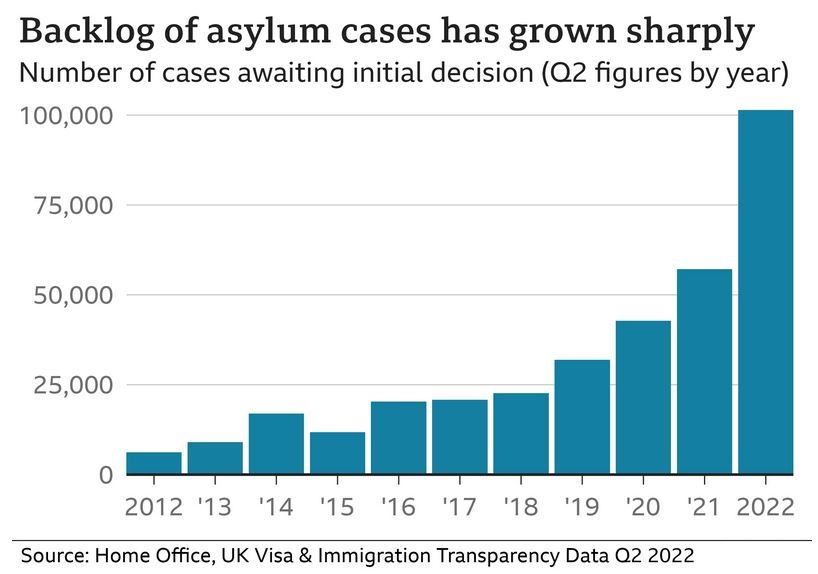 'We ended the free movement of people' - Rishi Sunak

Keir Starmer said to the prime minister: "His home secretary says the asylum system is broken - who broke it?"

"We gave the British people a referendum on Brexit, we delivered Brexit, we ended the free movement of people," he said.

But free movement and the asylum system are not the same thing.

Free movement is the European Union principle that all EU nationals are allowed to live and work in any EU country.

On 31 December 2020, this freedom ended for EU citizens coming to the UK (and for UK citizens going to the EU).

The asylum system is set of rules around how people fleeing persecution can try to get protection in the UK. 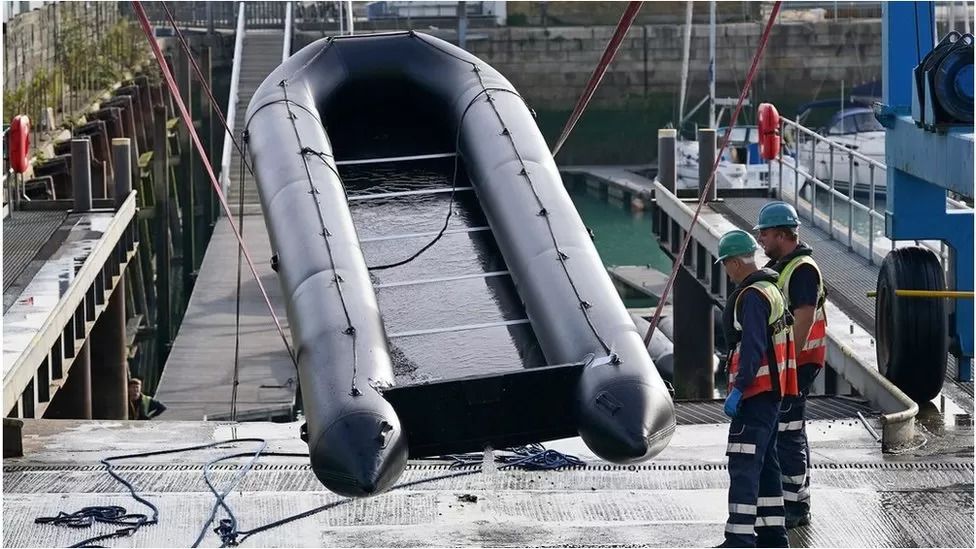 'Nearly 40,000 illegal immigrants have crossed the Channel so far this year landing taxpayers with a hotel bill of £5.6m per day to accommodate them' - Scott Benton (Conservative)

We've heard the £5.6m figure before from Home Office official Abi Tierney, who appeared before a committee of MPs last week.

She said that the cost of hotel accommodation for asylum seekers was £5.6m a day, although that was the figure for all asylum seekers, not just for those who had arrived in small boats.

It's also not just for those who arrived this year and not all arrivals are being housed in hotels.

Ms Tierney said that on top of this figure, £1.2m per day is spent on hotel accommodation for people brought over from Afghanistan, bringing the bill to a total of £6.8m a day.

The prime minister gave this figure for the increase in staff numbers when asked what the government was doing about speeding up the processing of asylum claims.

Ms Tierney told MPs last week that they had increased the number of asylum "decision makers" by 584 to 1,073, which is an increase of 119%, although neither she nor the prime minister gave a time period.