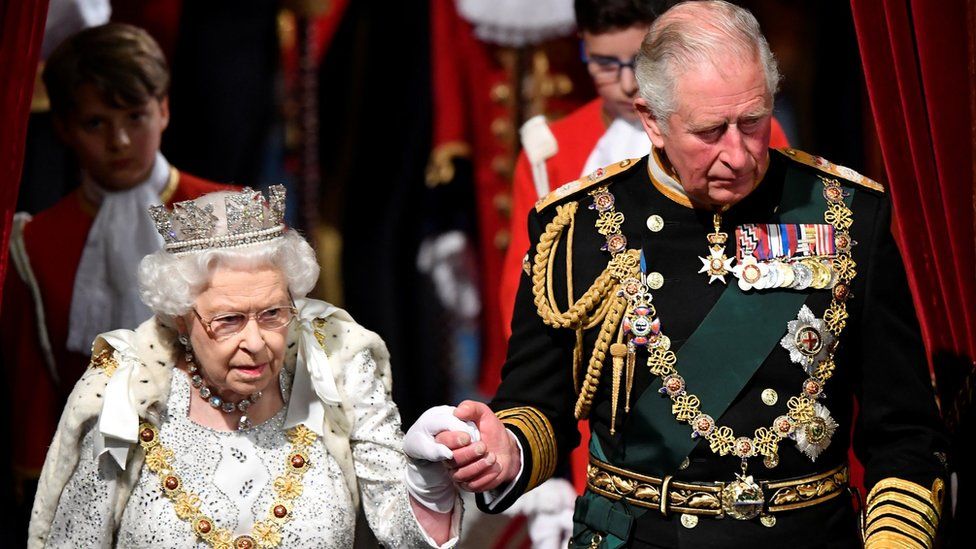 For raw symbolism this Jubilee weekend, it will be hard to beat the gold State Coach. 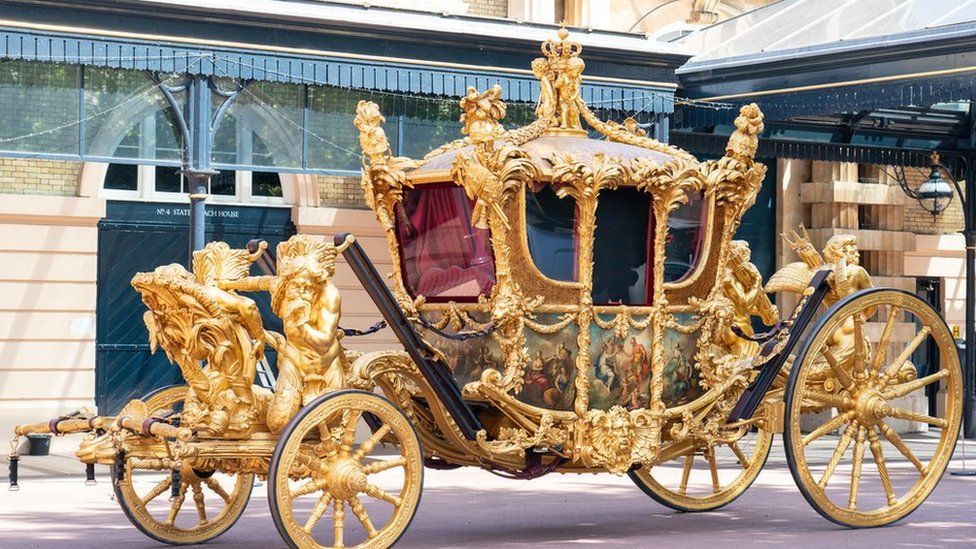 This notoriously uncomfortable vehicle will be the ceremonial centrepiece of the climax of the Jubilee weekend - the pageant that will travel the coronation route from Westminster Abbey to Buckingham Palace on Sunday.

Weighing in at four tons, ornately carved and luxuriously gilded, the 250-year-old coach is a reminder of long-passed riches and glory, of Britain's one-time dominance of oceans and continents.

The Queen rode in it to her coronation and in her Silver and Golden Jubilee processions. But this Jubilee it will be empty.

Drawn by eight Windsor Grey horses, the only reason to gawk at it will be its magnificent carvings, and the newsreel footage of the coronation that will be projected onto its windows.

As with so much of this Jubilee year, the Queen will be unseen.

In 1977, the year of her Silver Jubilee, she visited 36 different counties of the UK, as well as nine Commonwealth countries.

A quarter of a century later, national and international tours marked her Golden Jubilee. A decade afterwards, in 2012, the international travel was left to other members of the Royal Family, whilst the Queen toured the UK. 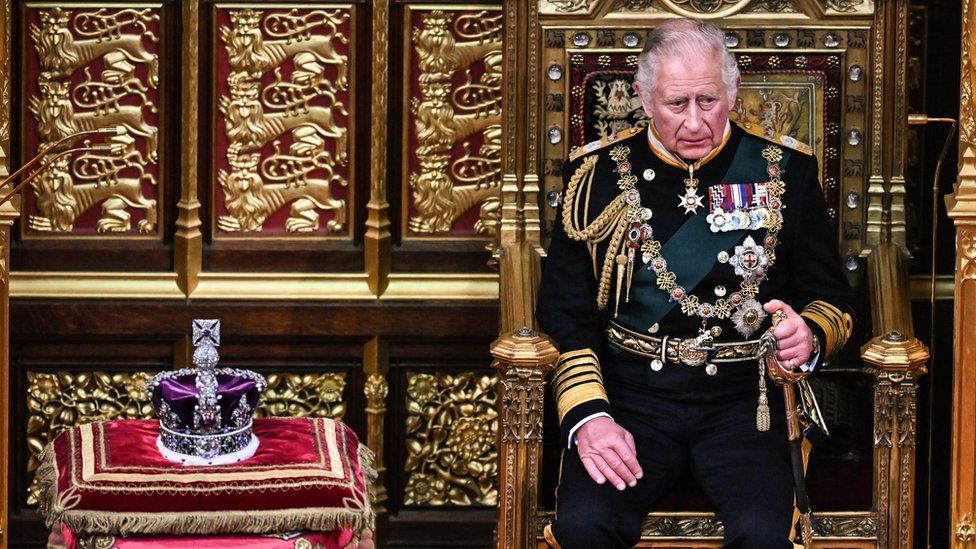 The Queen was represented at the opening of Parliament by her heir, Charles, and her crown

This year is very different. All the Palace will say is that the Queen "hopes" to attend the various ceremonies and celebrations being held in her honour.

The mobility problems that now bedevil her after a long lifetime of activity have ruled out participation in most events. And she has barely been seen in public for the last six months.

When the Queen is seen at all this Jubilee, it will be mostly on the balcony of Buckingham Palace.

You will be hard-pressed to find anyone who begrudges her absence from the celebrations; in more than seven decades of service, she has given so much.

Hers will not be the only notable absence; her husband, Prince Philip, who quietly supported her throughout her reign, has gone. This is the first grand royal ceremonial to happen without him.

Prince Andrew, tarnished by his friendship with a convicted sex offender and subsequent legal battles, will not be seen beside his mother on the Palace balcony. Nor will Prince Harry, who dramatically departed for the US a couple of years ago.

Instead, front and centre will be her son and heir.

Prince Charles was the most senior member of the Royal Family at the Cenotaph in London on Remembrance Sunday late last year.

It was Prince Charles who led the Royal Maundy Service in April, one of the oldest royal-religious ceremonies, when by tradition the monarch gives money to the needy.

And it was Prince Charles who read the Queen's Speech at the state opening of Parliament earlier this month.

In the past six months, three of the great ceremonies of monarchy - military, religious and constitutional - have been led by the Prince of Wales. 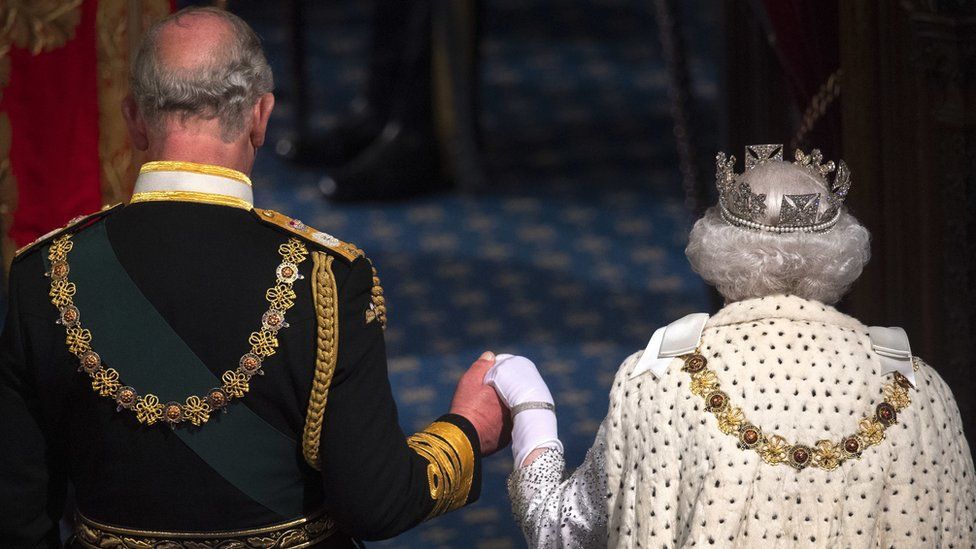 In the most British way possible - undeclared, unwritten and unspoken-of - transition has begun

In the most British way possible - undeclared, unwritten and unspoken-of - transition has begun.

The 1977 Silver Jubilee was a chance to pause, with much of the reign to come, to look both back and forward. The 2002 Golden Jubilee was a reset after a storm-tossed decade of scandal, divorces and missteps.

In 2012, the Diamond Jubilee was a reaffirmation of the Queen's place in the nation's affections.

This Platinum Jubilee will be different. Because this is farewell.

Not to the Queen herself. She is, insiders say, except for her mobility problems, in good health. Nor to the Queen as sovereign. There is no suggestion of any formal change in constitutional role.

But this weekend is a farewell to seven decades of public service to the nation, of her presence at the formal events each year that mark out the public sphere.

A return to the ceremonies of state seems unlikely. When the Queen is seen now, it is at events that are closer to her private affections than her public duties.

An era is drawing to a close. And with this Jubilee, the nation has a chance to mark it with celebration and with thanks.