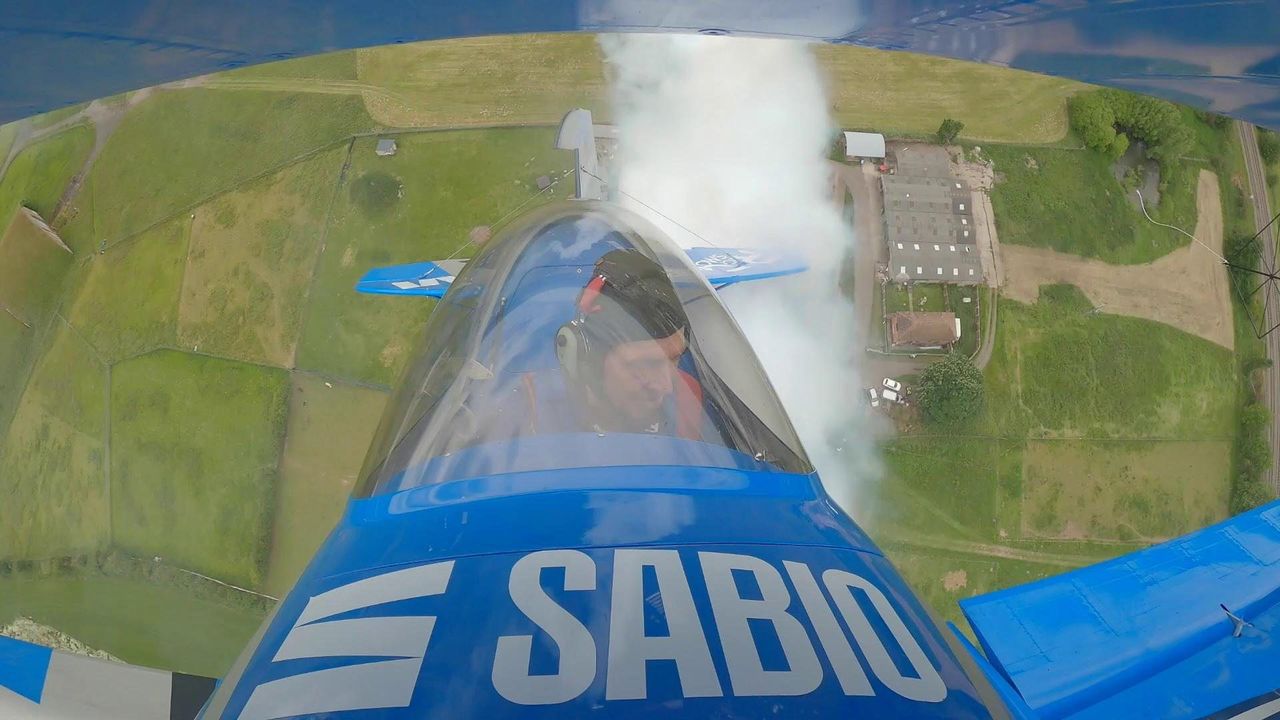 Pilot's eye view from the plane he built in a shed

Ever wondered what it's like to fly a biplane in front of 50,000 people?

Pilot Rich Goodwin has footage that offers an insight after recording his aerobatics display at RAF Cosford Air Show in Shropshire on Sunday.

Mr Goodwin, who is based in Worcestershire, built the biplane in his shed and said it was "great" to be back at Cosford, as the event returned after disruption caused by the Covid-19 pandemic.

The former RAF fighter pilot performed a series of loops and turns for the huge crowds, who were also entertained later in the day by the RAF Red Arrows.