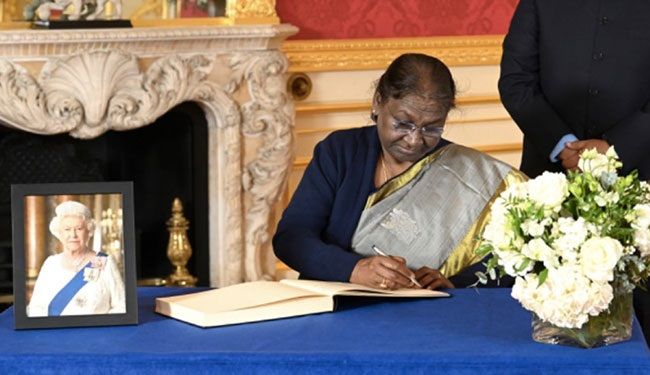 Queen Elizabeth's state funeral today will be the first in Britain since the death of her first prime minister Winston Churchill in 1965.

Queen Elizabeth II, the longest-serving monarch in British history, will be laid to rest on Monday, after a grand state funeral attended by leaders from around the world, and a historic last ceremonial journey through the packed streets of London.

President Droupadi Murmu, her US counterpart Joe Biden, France's Emmanuel Macron are among the world leaders attending the funeral.

President Murmu, who is in London on a three-day visit to attend the state funeral, signed a condolence book on behalf of the Indian government on Sunday. The President was joined by Acting High Commissioner Sujit Ghosh at Lancaster House in London, where visiting world leaders are stopping by to sign a book of condolence in memory of Queen Elizabeth II who died aged 96 in Scotland on September 8.

US President Joe Biden remembered the Queen for her kindness and hospitality. Her legacy will loom large in the pages of British history, and in the story of our world, he said. Biden, who first met the Queen in 1982, crossed himself and put his hand on his heart while he stood with his wife Jill on a gallery overlooking the flag-draped casket in London's cavernous Westminster Hall.

Australia's anti-monarchy Prime Minister Anthony Albanese viewed the lying-in-state and met King Charles on Saturday. News agency AFP quoted him as saying that the queen was "a constant reassuring presence". 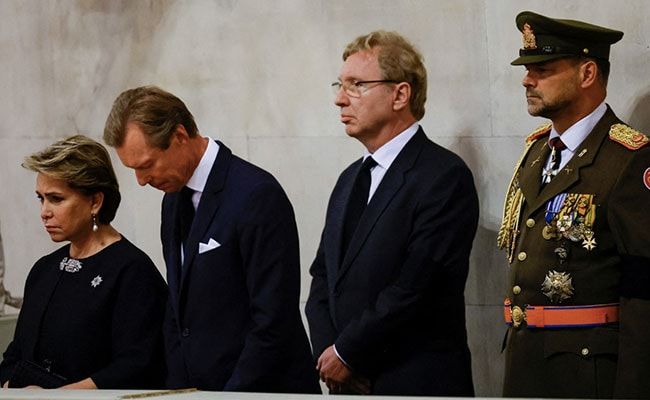 There was also a private audience at Buckingham Palace for Prime Minister Jacinda Ardern of New Zealand, which like Australia and 12 other Commonwealth realms now counts King Charles as its sovereign. 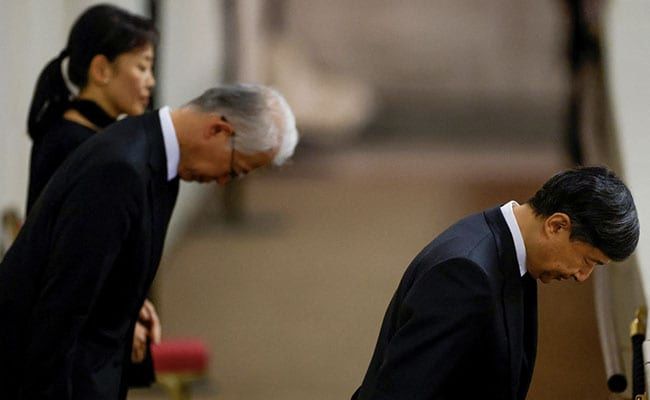 Japan's Emperor Naruhito (R) pays his respects at the coffin of Queen Elizabeth II, Lying in State inside Westminster Hall, at the Palace of Westminster in London .

The royal rulers of Qatar, Bahrain and Oman ordered flags to be flown at half-mast, and Jordan's King Abdullah II, whose mother was British, also sent his condolences, news agency AFP reported. 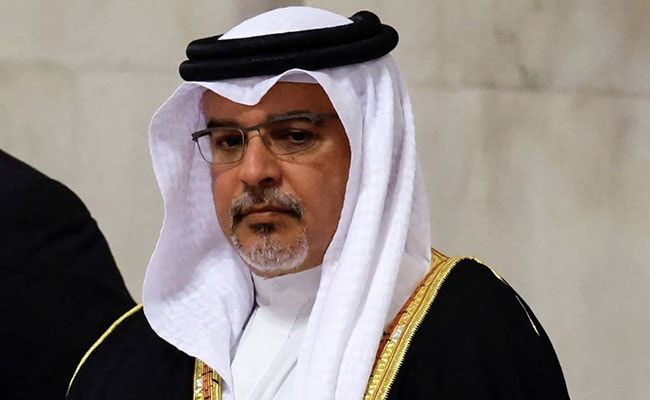 Leaders from Russia, Afghanistan, Myanmar, Syria and North Korea, however, were not invited to join the 2,000 guests. While China will attend at the abbey, the country was barred by parliamentary leaders from the lying-in-state.

Queen Elizabeth's state funeral today, the first in Britain since the death of her first prime minister Winston Churchill in 1965, will bring an end to 11 days of national mourning across the United Kingdom that has seen the personal sorrow of the royal family play out in the glare of intense international attention.

The Queen's coffin will be carried on the same gun carriage used for her great-great-grandmother Queen Victoria's funeral. The spectacular ceremony will be shown by around 125 cinemas across Britain, while parks, squares and cathedrals will also set up viewing screens for the huge ceremonial event.