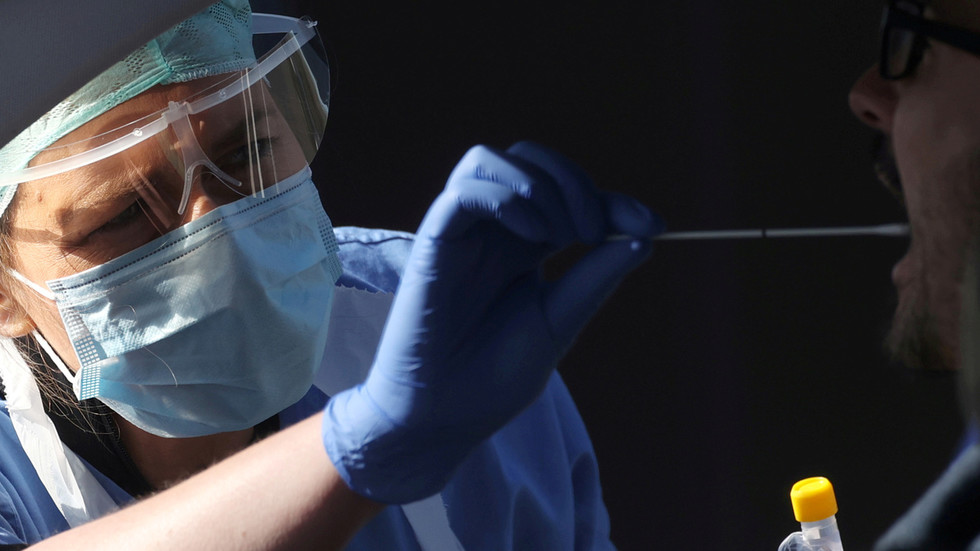 People tested for Covid-19 in England NOT asked to give addresses during peak of pandemic, complaints of ‘incomplete’ data

People in England tested for Covid-19 during the height of the pandemic were not being asked to provide address details, it has emerged. Local authorities have hit out at the “poor and incomplete” data they’ve received.
According to the BBC, the UK Department of Health and Social Care (DHSC) has confirmed users of the government’s testing service only had to provide their postcode from April 23, as the country began to slowly recover from the worst of the outbreak.

Councils and local public health officials say they had been asking the government for months to access data about the number and speed of coronavirus cases in their areas. Many have complained that some of the case data they have received was “poor and incomplete.”

It was only on June 24 when Public Health England (PHE) started sharing test data – including postcodes – after local authorities began signing data-sharing agreements. PHE is now reportedly trying to match addresses to positive test results to better understand the spread of the deadly virus.

It comes as the city of Leicester prepares to reimpose certain lockdown restrictions such as the closure of non-essential shops and limits on travel for residents, due to a recent surge in Covid-19 cases.

The city’s mayor Peter Soulsby lashed out at a report given to him by government officials, laying out the reasons for the lockdown. He claimed they had provided “no evidence” to suggest that the city remaining in lockdown longer than the rest of the country “would make a difference.”

The UK government has come under fire in recent days for failing to publish vital coronavirus tracking data that may have given Leicester leaders advanced warning that there would be a spike in cases.

The rest of England is set to relax restrictions further on Saturday, with pubs, restaurants and hotels set to reopen. However, 36 regions in England saw a rise in newly confirmed coronavirus cases this week. Consequently, local lockdowns may soon apply in “just days,” including some London boroughs, sources in PHE and the DHSC have told Sky News.
#COVID-19  #Covid  #Coronavirus
Add Comment