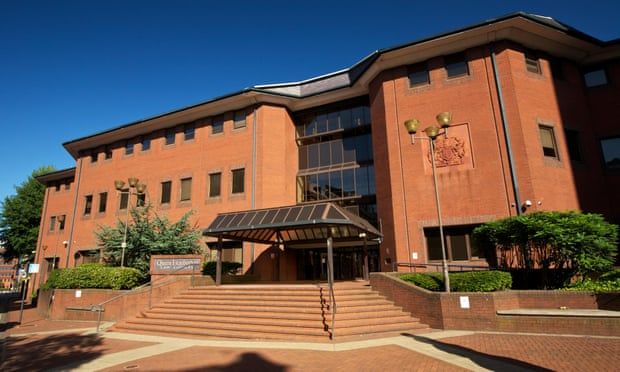 Pensioner died after being tied to chair by burglar, court told

Adris Mohammed, 44, went back to the home of David Varlow, 78, to hunt for further items to steal, murder trial hears
A pensioner died after being tied to a chair by a burglar who returned to the crime scene more than a week later to free his victim’s body, a murder trial has heard.

Prosecutors allege Adris Mohammed went back to the home of David Varlow, knowing the pensioner would be dead, to hunt for further items to steal.

Opening the crown’s case on Monday, the prosecutor, Peter Grieves-Smith, alleged that 44-year-old Mohammed went to Varlow’s home on 24 October, 3 November and overnight on 11-12 November.

The prosecutor told the court Mohammed had tried to break into the property on his first visit and went back to the house on 3 November in the early hours of the morning.

Grieves-Smith said: “On this occasion he got inside the house. He stole a bank card which he and others used to commit fraud.”

Alleging that Mohammed aimed to withdraw as much money as possible using the card, Grieves-Smith told jurors: “The plan would only work if David Varlow could not alert the police or the bank. He tied David Varlow to a chair in his living room in such a way he would never be able to free himself.

“It would have been obvious David Varlow was old and frail, but he didn’t care. In tying him up, Adris Mohammed either intended to kill him or to cause him really serious harm.”

The court heard that Varlow dialled 999 after the initial attempted burglary, in which a rear window was smashed.

During the burglary in which he was tied up, the court heard, Varlow was “compelled” to reveal his card’s pin.

Grieves-Smith said of Mohammed: “The first thing he did with the bank card was to check the balance.
Advertisement

“To have done that he must have known the pin and David Varlow, the prosecution say, must have been forced to divulge it. He didn’t do so of his own free will. He must have been terrified.”

During his opening remarks, Grieves-Smith alleged that Mohammed was accompanied by co-defendant O’Shay Swan, who is accused of burglary and fraud, when he returned to Manor Lane late on 11 November or early on 12 November.

The prosecutor continued: “The prosecution suggest Adris Mohammed would have felt confident that when he returned, David Varlow would be in no position to recognise him because he would be dead.

“If he had thought there was any chance that David Varlow was alive, he would never have gone back.”

Alleging that Mohammed had untied the victim during the final visit, allowing the body to fall to the floor, Grieves-Smith added that the victim was found a few days later when the police forced entry.

Swan, 42, of Winson Green Road, Birmingham, denies burgling Varlow’s property on a day between 10 and 13 November and committing fraud in relation to the use of a bank card on 12 November.