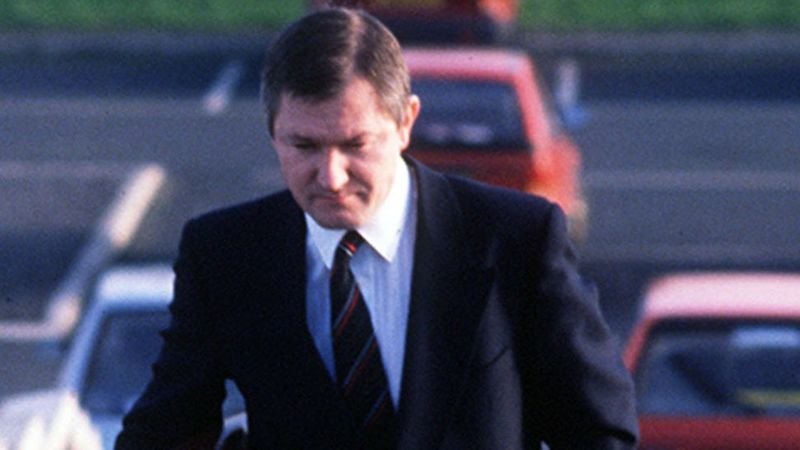 Mr Finucane was shot dead by loyalist paramilitaries from the Ulster Defence Association (UDA) in February 1989.

His family had fought a long campaign, involving numerous legal actions, in a bid to have London fulfil a commitment given 20 years ago to hold an inquiry.

Several examinations of the case found state forces colluded in his murder.

NI Secretary Brandon Lewis said he had taken the decision due to other review processes needing to run their course.

He discussed the outcome with Mr Finucane's family, shortly before outlining the details in the House of Commons.

"I am not taking the possibility of a public inquiry off the table at this stage, but it is important we allow ongoing PSNI (Police Service of Northern Ireland) and Police Ombudsman processes to move forward," he said.

"The proposal falls so far short of what it required in this case that it beggars belief," she said in a statement on Monday.

"It makes a mockery of the decision by the UK Supreme Court and the forthright comments of Belfast High Court.

"It is yet another insult added to a deep and lasting injury."

Her son, John Finucane, who is the Sinn Féin MP for North Belfast, said his family was angry and upset at the decision.

"To sit in a room with us today and present this as something credible, and ask for us to support that, it was astonishing," he said.

"I thought it was exceptionally arrogant and cruel of the secretary of state on behalf of his government.

"The British government, at every opportunity, will continue to make the wrong decision, and will put all of their efforts into ensuring that the truth as to what happened with the murder of my father - the full truth - will not see the light of day."

But Mr Lewis said while he understood the family's disappointment, he believed his approach was the "right way forward".

The government had been forced into taking a decision following two legal actions - one involving the UK Supreme Court in February last year.

The Supreme Court found there had never been an adequate investigation into the murder, but stopped short of directing a public inquiry, ruling it was entirely a matter for the government.

Further government information including details that were not presented during the Supreme Court case have now been published, said Mr Lewis.

Mr Lewis said the PSNI also intends to begin a process of review into the murder of Mr Finucane early next year.

This was an important development and a factor in determining the next steps in the case, he said.

PSNI Chief Constable Simon Byrne said it was his organisation's view that there were "currently no new lines of inquiry", and would now determine if a further review was merited given previous investigations.

Any review would need to be conducted independently, he added.

"A review itself is not an investigation. Any decision to investigate would only be made following the review process," Mr Byrne said.

This was a decision the Finucane family has heard before - but their anger has been compounded by how they say the government has handled the matter this time.

Clearly the government says it is something that can be revisited, but the process has already lasted decades.

It is not clear how long the PSNI and Police Ombudsman reviews will take - it does not seem like they will be resolved quickly.

Will this Conservative government end up having to address the matter again, or could it end up in the hands of a Labour administration, who have expressed support for a public inquiry?

There are also wider questions now about where this leaves the current government's handling of legacy issues in Northern Ireland more generally, let alone in handling the Finucane case.

The government said it will determine at the end of these current processes whether further investigation would be required, to ensure it has complied with its legal obligations.

In his role as a defence solicitor, Mr Finucane had represented both loyalists and republicans, including prominent members of the Irish Republican Army (IRA).

The claim made by his killers, that he was a member of the IRA himself, was rejected by the police and strongly denied by his family. 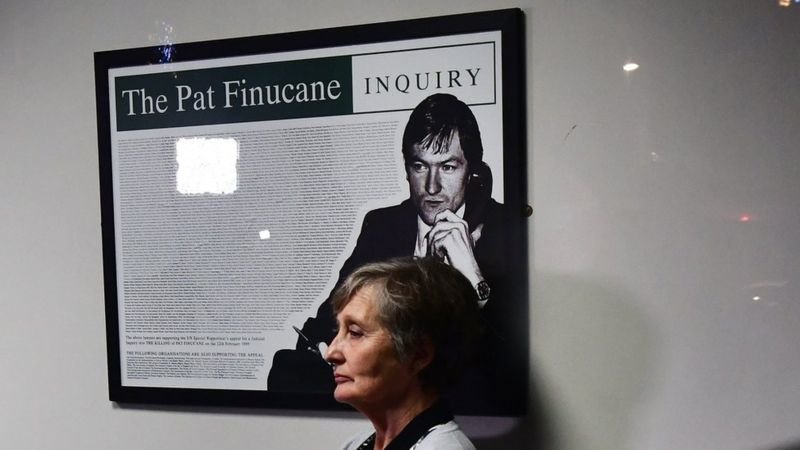 The 39-year-old was shot 14 times by two gunmen who burst into his north Belfast home during a family dinner in February 1989.

They have claimed that collusion went to the top of government and maintain only a public inquiry can bring full disclosure.

Such an inquiry had been supported by the Irish government, Labour and four Northern Ireland political parties - Sinn Féin, the SDLP, Alliance and the Green Party.

Irish Foreign Affairs Minister Simon Coveney said he was disappointed by the decision and would study the detail of the announcement in full.

Labour's Shadow NI Secretary Louise Haigh criticised her Conservative counterpart's approach, and said confidence in his handling of legacy issues was "in short supply amongst victims".

Sinn Féin President Mary Lou McDonald said only a full public inquiry would get to the truth, and accused the government of being "determined to hide the story of collusion".

SDLP leader Colum Eastwood described the outcome as a "disgraceful" attempt to bury the truth, and said the British government was "unilaterally dismantling the agreed approach to legacy".

Alliance MP Stephen Farry said Mr Lewis had failed miserably and expressed concerns that the government was "turning back the clock" on historical legacy investigations.

DUP MP Sir Jeffrey Donaldson said what was needed was a "holistic approach", and a wider legacy process to deal with all outstanding cases.

UUP assembly member (MLA) Doug Beattie said there could not be a "hierarchy of victims".

No inquiry into Finucane murder announced