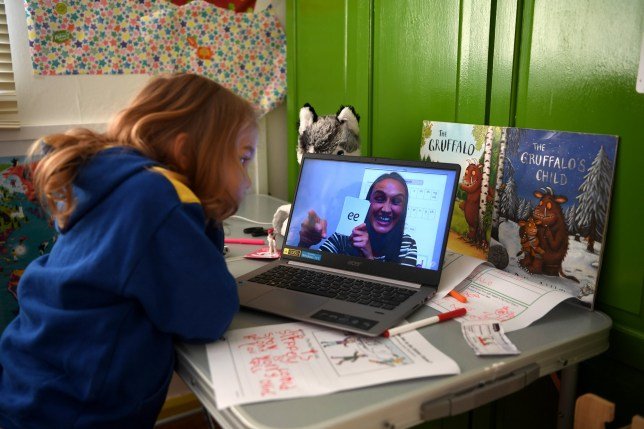 Ofsted has been inundated with emails since schools were forced to close due to lockdown – but most have been from parents praising the work of teachers.

On Wednesday Education Secretary Gavin Williamson urged parents with concerns about the quality of the remote learning on offer could raise them directly with the watchdog.

But instead it appears people have taken upon themselves to spread some positivity and have only contacted Ofsted with positive comments about schools.

According to Schools Week, more than 5,000 emails were sent in the tail end of last week with most praising the work of teachers in difficult circumstances.

Dad Rob McCann from Lincoln was one of those who felt compelled to write in. Sharing his email on Twitter, he said: ‘I felt I had no choice but to report my children’s school to Ofsted. Feel free to do the same…’

His letter said had had been ‘thoroughly impressed’ with the education that his two sons had been receiving. ‘The teachers are working tirelessly to set home learning and teach key worker children. The communication has been superb and on work submitted, our boys continue to receive superb feedback.’

Another parent who turned the tables on Gavin Williamson’s instructions wrote: ‘I’m writing to let you know that, despite just 12 hours notice and no help with devices, [my son’s] primary school are delivering really good online learning.’

Writing in support of his child’s school, Sim Crowther from Oxfordshire said: ‘It is without doubt that the ridiculously late (yet correct) decision on Monday night to close the schools has put a huge pressure on all of the staff and teachers at the school. However, yet again, this has not phased them in the slightest and they have excelled in providing resources and support for both my child and myself.’ 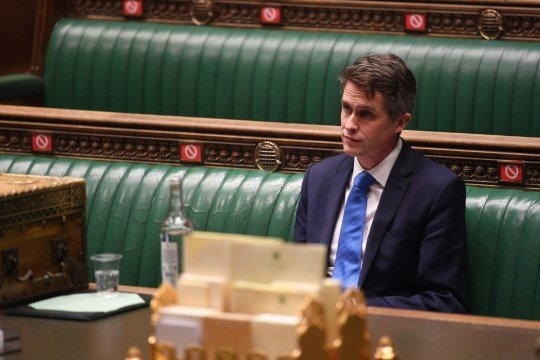 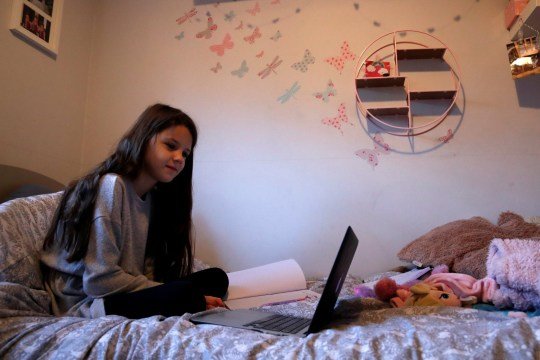 Milly, 8, takes part in an online school lesson from home as the country started the third lockdown

It’s after the Education Secretary’s comments about referring schools to Ofsted were dismissed as ‘tone deaf’ on Wednesday.

Mr Williamson told parents to raise any concerns they had with teachers and head teachers first but then go to Ofsted directly.

The schools inspectorate was apparently blind-sided by the announcement. The Telegraph reported senior leaders had not been told about their new role before it was announced in the House of Commons.

Teachers criticised the announcement which was made just two days after lockdown had forced all schools to close for the majority of pupils again for the second time in a year.

The Government only unveiled its expectations for online learning on Thursday afternoon. Schools are expected to provide between three and five hours a day and have been told to help ensure all pupils have the right technology in order to get online.