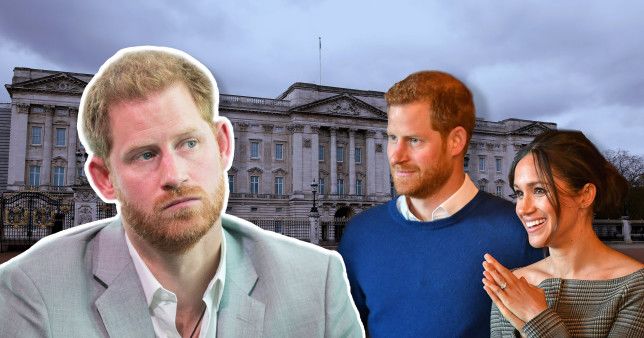 A wave of claims about Meghan’s behaviour have emerged in recent days, which representatives of the Sussexes argue are part of an attempt to discredit her ahead of their interview with Oprah Winfrey.

Some involve alleged incidents dating as far back as the planning stages of their 2018 wedding, with insiders suggesting Megan was ‘constantly looking for reasons to say she had been deprived’ despite having all her demands met.

Many of the incidents have been widely reported in the years since, but Harry is now said to have attracted pity from staff at the time.

According to the Daily Telegraph, insiders revealed he was referred to as Meghan’s ‘hostage’.

One claimed: ‘They insisted that they had the same inflation-adjusted budget for the wedding as William and Kate – she got the choir she wanted, the dress, the carriage procession, the tiara – she got everything she wanted but it still wasn’t enough.

A former royal aide is said to have confirmed allegations that Harry furiously dressed down a senior member of the Queen’s entourage who resisted some of Meghan’s demands during planning for their 2018 wedding.

The couple say the claims are part of a smear campaign

This allegedly prompted Harry to shout: ‘What Meghan wants, Meghan gets.’

Buckingham Palace has vowed to investigate claims that the Duchess of Sussex left humiliated staff ‘in tears’ during her brief time as a working royal.

Representatives of the Sussexes have previously claimed the pair are victims of a deliberate smear campaign based on misleading information.

A spokesperson for the pair said they have ‘nothing further to say on these ridiculous allegations’. 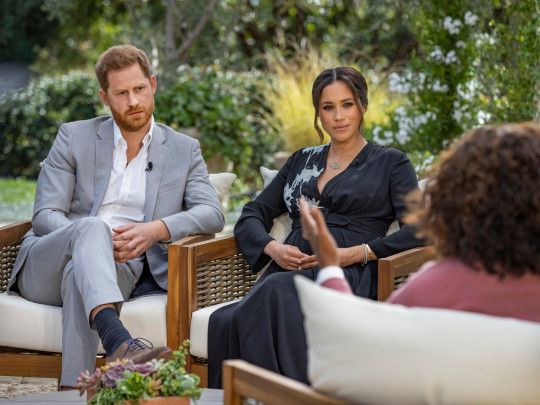 The Oprah interview will air in the US at 1am UK time on Monday morning, before being shown by ITV at 9pm that evening.

Teasers released so far show the 67-year-old American TV host suggesting Meghan’s time in the UK was ‘almost unsurvivable’, as she faced tensions within the palace and a war with the British press.

The Queen, Prince Charles and Prince William have all reportedly agreed to ‘reserve judgement’ until they have seen the interview in full.

Buckingham Palace has not officially commented on the interview’s content and said it will decide whether to issue a statement after it airs.