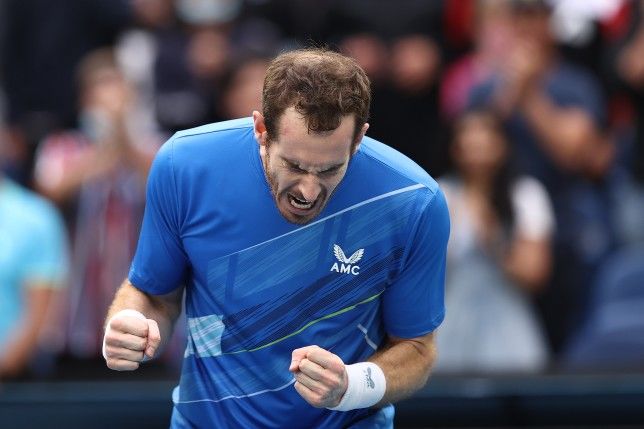 Andy Murray hit back at a small number of Australian Open tennis fans who appeared to boo him after his first-round win.

Murray’s first win at the tournament, three years on from announcing his plans to retire amid a debilitating hip injury, saw the 34-year-old struggle to hold back his emotions as he lapped up the applause from the crowd during jubilant scenes at the end of the match.

However, during his post-match interview a very small number of individuals could be heard boing the Scot for an unbeknown reason.

Interrupting his own answer to a question on his hopes for the tournament, Murray said: ‘Painful stuff those guys’ in response to the boos.

Asked what he wants to achieve this month he said: ‘I want to keep obviously improving, I think there’s things in my game I can definitely do better. 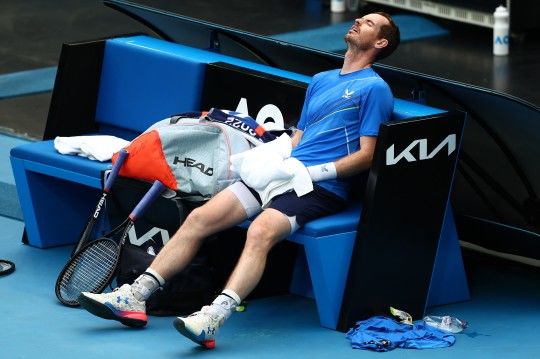 Andy Murray was pushed all the way by Nikoloz Basilashvili

‘I would love to have a deep run here if possible, * crowd boos* painful stuff those guys.

‘I would like to have a deep run, it’s something I’ve not had in one of the Slams since I came back from the injury and it’s something that motivates me.

‘I’ve played some of my best tennis here over the years, I feel comfortable here and I hope I can do it this tournament.’

Commentators picked up on the boos and also could not understand why some fans had opted to jeer the former British No.1, while some fans took to social media to suggest they were actually shouting ‘SIUU’ at random – the phrase associated with Cristiano Ronaldo’s iconic celebration.

Murray did leave the court to a standing ovation though and will now play Japanese qualifier Taro Daniel in the next round.

The Scot will be hoping his legs recover from the ‘brutal’ fifth setter before his next match on Thursday.

‘It’s amazing. Been a tough three or four years. Put in a lot of work to get back here,’ Murray added.

‘I’ve played on this court many times and always had fantastic support. This is where I thought I had potentially played my last match three years ago. Couldn’t ask for any more.

‘It was a brutal match in Sydney [against Basilashvili]. I had to do a lot of running, a lot of defending but a little confidence from the win.’