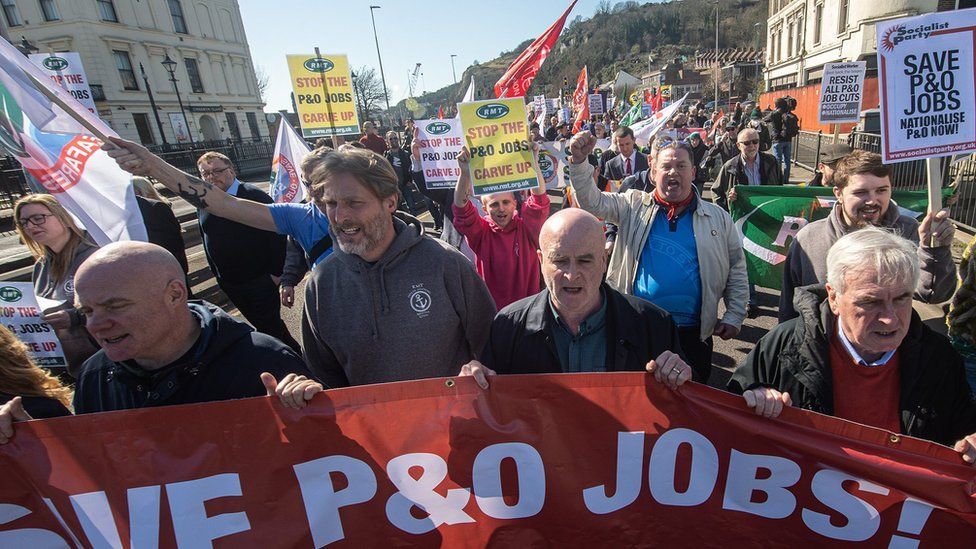 P&O Ferries has denied suggestions that it broke the law when it sacked 800 workers without warning last week.

Ministers had questioned whether the move was legal under British law - but in a letter, the firm said those affected were employed outside the UK.

Unions said the compensation package being offered was "pure blackmail and threats".

The video message in which the company sacked workers last Thursday prompted widespread outrage, with unions claiming some staff would be replaced by Indian seafarers on £1.81 an hour.

Ministers had threatened the firm with "unlimited fines" but in a letter to Business Secretary Kwasi Kwarteng, its chief executive Peter Hebblethwaite said the 786 sacked workers were employed by three Jersey-based arms of P&O Ferries.

The eight ships they worked on, which service routes including Dover-Calais and Larne-Ciarnryan, are all registered in either Cyprus or the Bahamas.

Sacked staff had told the BBC about their experience of being "treated like criminals" but in the letter Mr Hebblethwaite denied "rumours" that security staff who boarded vessels to manage the situation wore balaclavas or were directed to use handcuffs or force.

"The teams accompanying the seafarers off our vessels were totally professional in handling this difficult task," he said.

The company said its settlement with its workers is believed to be "the largest compensation package in the British marine sector," and more than 40 staff would get severance packages of more than £100,000 each. 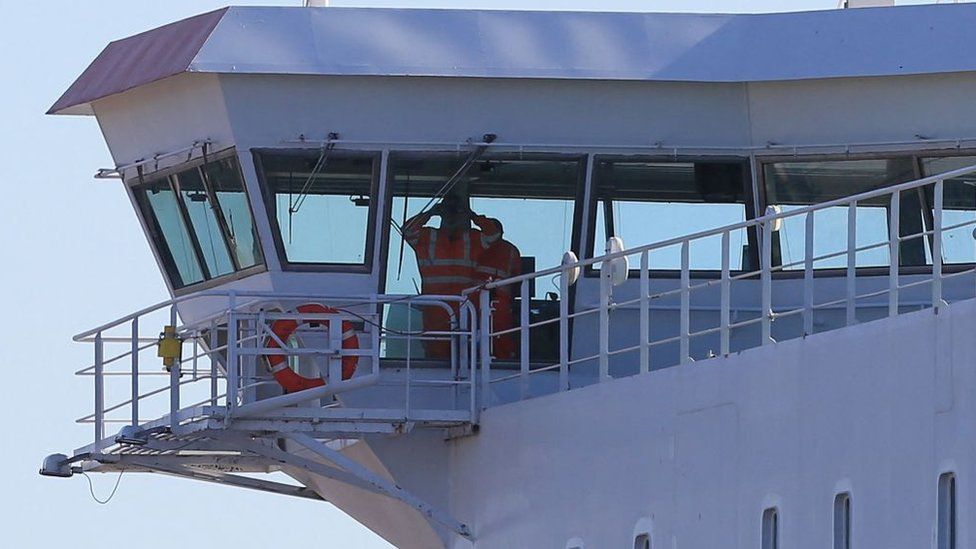 P&O Ferries said some employees are set to get 91 weeks' pay and the chance of new employment, and no employee will receive less than £15,000.

The transport and freight company said 575 seafarers affected were in discussions to progress with the severance offers.

However, the RMT union, which has been organising protests over the redundancies said "the pay in lieu of notice is not compensation".

"If staff do not sign up and give away their jobs and their legal right to take the company to an employment tribunal they will receive a fraction of the amount put to them," general secretary Mick Lynch said.

P&O Ferries had until Tuesday at 17:00 to respond to the letter from Mr Kwarteng - in which he said that P&O Ferries "appears to have failed" to follow the correct process for making large-scale redundancies, by not consulting with unions and notifying the government in time.

Mr Kwarteng pointed out that failure to notify is "a criminal offence and can lead to an unlimited fine".

Separately, Business Minister Paul Scully said the government was reviewing all of its contracts with P&O ferries and its owner DP World, including a £25 million subsidy to DP World to help develop London Gateway as a freeport.