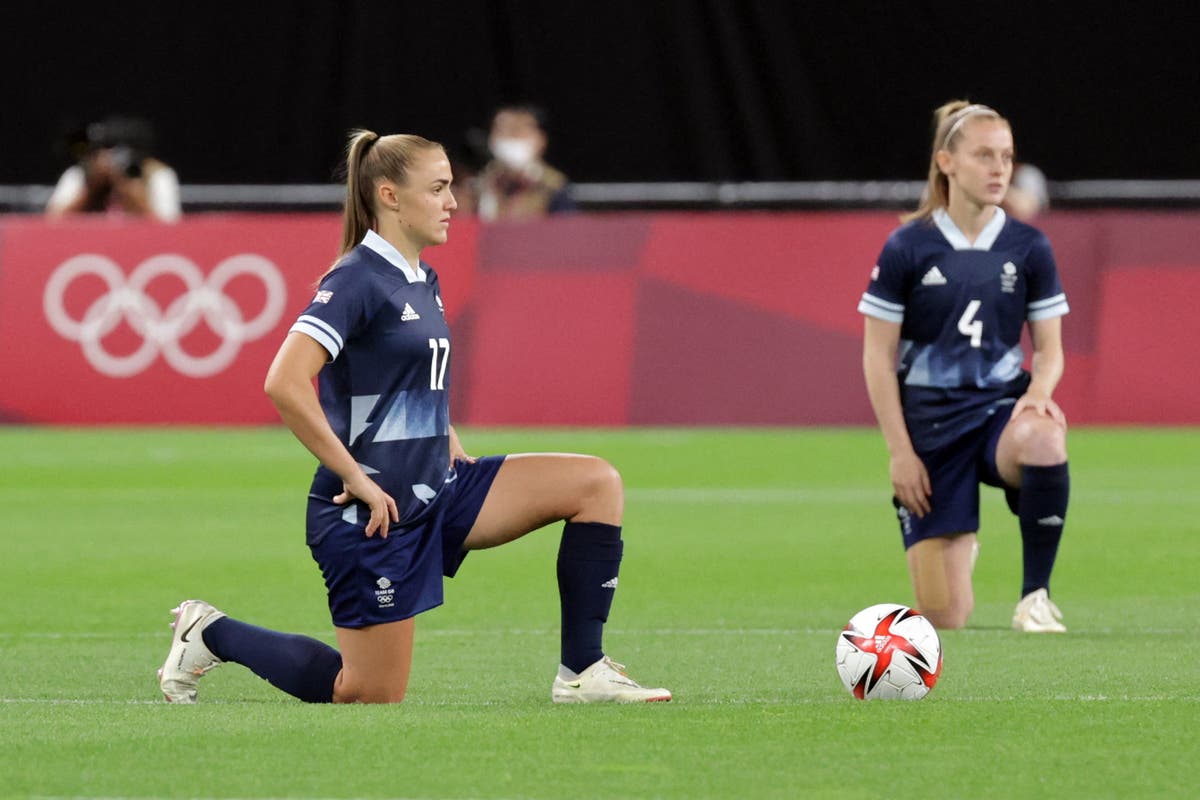 Footage of Olympic athletes taking a knee in protest can now be included in official highlights after a ban lasting decades.

Recent changes to Rule 50 mean athletes are now allowed to make gestures on the field of play, provided they are done so without disruption and with respect for fellow competitors.

However, images of Olympic footballers kneeling on the pitch were excluded from official highlights reels and social media channels on the first day of play at the Tokyo Games.

Wednesday marked the first day it was allowed at the Olympics when players from five women’s football teams, including Britain, kneeled in support of racial justice.

The British and Chilean teams kneeled before the opening games followed by the US, Sweden and New Zealand players in later kickoffs.

Meanwhile, Australia players posed with a flag of the country’s indigenous people.

Despite such gestures now being permitted, the footage was not included in the official Tokyo Olympic highlights package provided by the International Olympic Committee (IOC).

In another U-turn, the IOC released a fresh statement on Thursday to say such moments will now be included in an apparent change of policy.

It said: “The IOC is covering the Games on its owned and operated platforms and such moments will be included as well.”

The Olympic body said hundreds of millions of viewers could have seen the footage watching networks that have official broadcast rights and “can use it as they deem fit”. 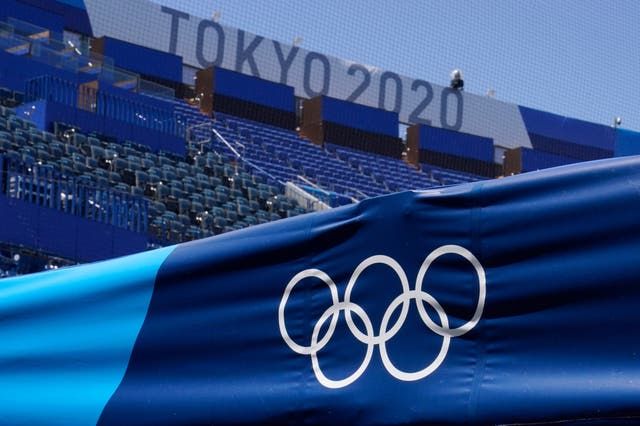 Rule 50 of the Olympic Charter states “no kind of demonstration or political, religious or racial propaganda is permitted in any Olympic sites, venues or other areas”.

The same applies to advertising or other publicity unless they are authorised by the IOC Executive Board on an exceptional basis.

The IOC explains Rule 50 exists to “keep the field of play, the Olympic Village and the podium neutral and free from any form of “political, religious or ethnic demonstrations”.

However, it eased the decades-long ban on all demonstrations three weeks ago when it was clear some athletes - especially in soccer and track and field - would express opinions on the field in Japan. 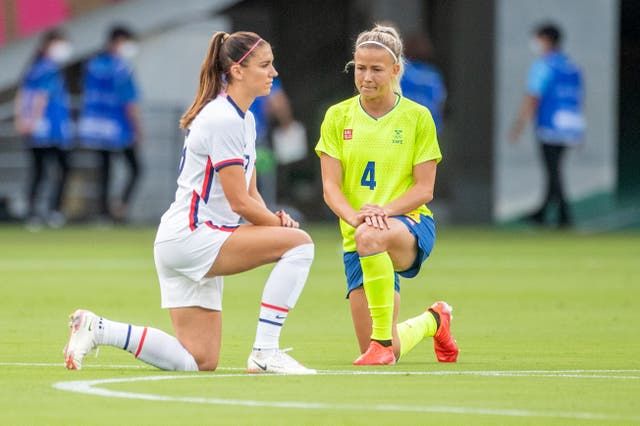 Alex Morgan, of US, and Hanna Glas, of Sweden, take a knee at Tokyo Stadium

What are the changes to Rule 50?

Two reviews of Rule 50 in the previous 18 months was carried by the IOC’s own athletes commission.

It had concluded Olympic competitors did not want distractions on their field of play.

The new guidance will allow the sporting stars to take a knee or raise a fist in pre-game or pre-race introductions but not on medal ceremony podiums.

The IOC will still discipline athletes who protest on the podium.

Sports governing bodies still have a veto and swimming’s FINA has said its athletes are prohibited on the pool deck from any gesture interpreted as protest.