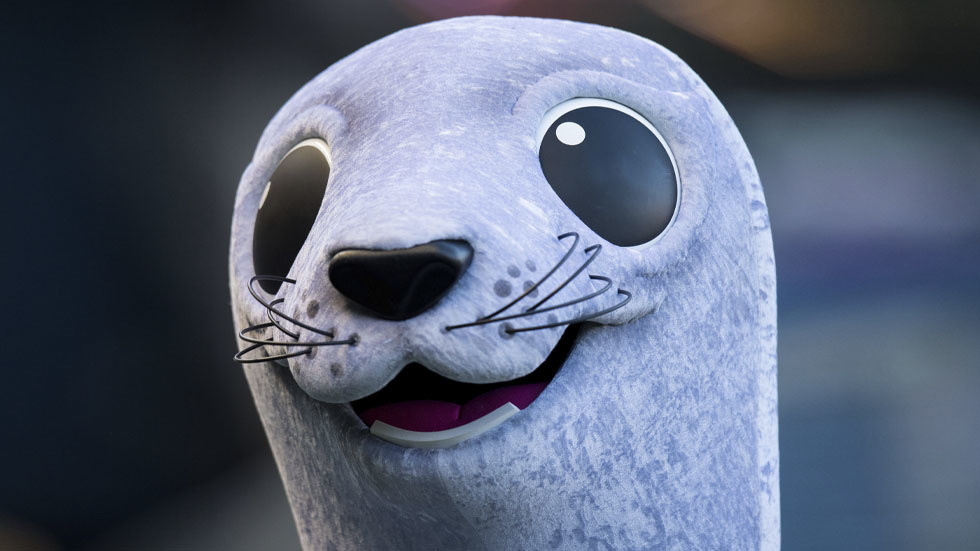 Already plagued with organizational issues, the upcoming COP26 climate summit is facing another problem: it's just-unveiled ‘Bonnie the Seal’ mascot is being mocked for its expensive outfit and unfortunate resemblance to a rat.

The 26th UN Climate Change Conference of the Parties (COP26) is set to begin in Glasgow on 31 October – and its official mascot was recently revealed by the city council.

Bonnie was previously the mascot for the Glasgow 2018 European Championships, but, in the spirit of environmentalism, she is “being recycled” for COP26 to “engage with volunteers.” “She will pop up from time to time to support and spread excitement amongst those volunteering at the international summit,” the organizers said in a statement.

The announcement didn’t exactly “spread excitement” among Brits on social media – or officials in Westminster, however. Though Bonnie is not a novice at working the crowd at international events – aside from the European Championships, she was also a mascot at the European Swimming Championships in 2019 – this time round, the price of her outfit has not gone unnoticed.

It was revealed that £1,625 had been spent on her new attire, with the Daily Mail reporting that, while the council’s volunteer-marketing budget initially covered the cost, it would ultimately come from UK taxpayers.

“Bonnie looks like a giant rat,” one commenter on Twitter said, drawing attention to the mascot apparently having paws instead of flippers.

According to the Daily Telegraph, despite the government having given it the green light, some MPs are less than pleased about the summit’s mascot.

One Whitehall source branded Bonnie the “king of the Glasgow rats” – a reference to an ongoing vermin problem in the city that has seen refuse workers strike over concerns about rat attacks.

The UK government has been heavily criticized for its handling of preparations for COP26. Besides being lambasted for the amount of litter on Glasgow’s streets, the summit organizers are facing a major problem in providing accommodation for the more than 30,000 guests set to descend on the city in the coming days. They were forced to make a last-minute decision to charter two cruise liners to accommodate delegates.

There is no clarity, either, as to how the government plans to manage the public-health risk of holding such a large event during a pandemic. Scottish Health Secretary Humza Yousaf admitted that COP26 may place substantial pressure on the National Health Service and that there was “absolutely a risk” of a spike in Covid-19 cases following the summit.

There had been calls to cancel the conference altogether, not only in response to coronavirus concerns, but also because of the apparent lack of inclusiveness. Both Climate Action Network and Greenpeace have pointed to the disparity in vaccine rollout across the world, which has made it difficult, if not impossible, for delegates from the poorest countries – and, ironically, those most affected by climate change – to attend.