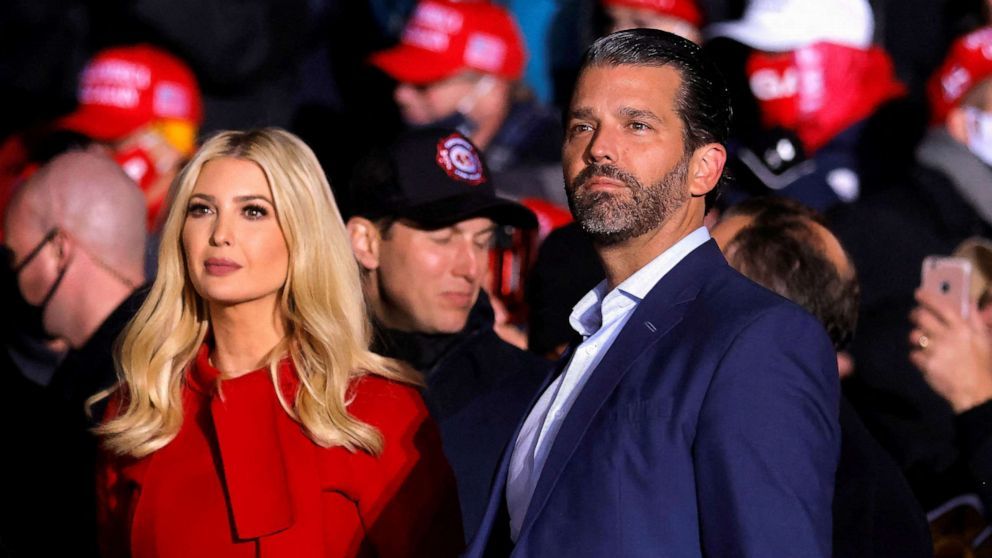 New York attorney general Letitia James issued subpoenas to former President Donald Trump and two of his children - Don Jr. and Ivanka in probe of the family’s business. Eldest Trump children won't comply with subpoenas.
The New York attorney general's office has subpoenaed two of former President Donald Trump's children for testimony as part of its civil investigation into whether the Trump Organization manipulated the values of its properties.

The disclosure was made public Monday in a court filing where the judge set a briefing schedule to handle a dispute that has arisen over the subpoenas for Trump's testimony as well as Ivanka Trump and Donald Trump Jr.

Former President Trump’s eldest son and daughter have refused to comply with subpoenas issued by the New York State attorney general’s office as it conducts a civil investigation into the way the family real estate business valued its holdings.

“A dispute has arisen between the OAG and the Individual Trump Parties regarding the Subpoenas,” a document filed Monday said.

The document, filed jointly by New York Attorney General Letitia James and an attorney for the Trump Organization, said Donald Trump Jr. and Ivanka Trump will now be named as respondents in James’ ongoing inquiry, which parallels a criminal investigation by the Manhattan District Attorney’s office.

Donald Trump Jr. and Ivanka Trump will file motions to quash the subpoenas as soon as Monday, the filing indicated.

The former president and his company have denied wrongdoing and have attacked the investigation as political.

The ongoing criminal investigation has so far resulted in indictments against the Trump Organization and its longtime chief financial officer Allen Weisselberg on tax charges.