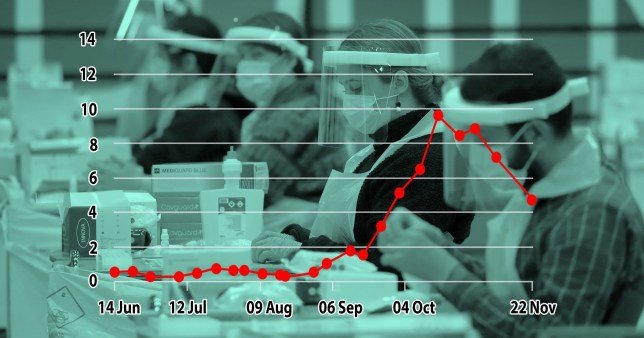 The latest figures from the Office for National Statistics show around 0.96% of the population were infected in the final week of last month.

In comparison, 1.16% of the population had Covid-19 the week before, suggesting a significant drop in the final week of England’s second national lockdown.

Data also shows the number of people testing positive fell in all regions other than the North East.

The ONS figures suggest one in 105 people had coronavirus between November 22 and 28, compared to one in 85 a week earlier.

Infections were highest in the North East, North West and Yorkshire and The Humber. 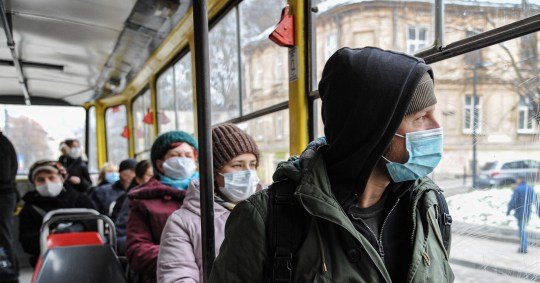 Cases have fallen in most regions of the country

Cases fell across all age groups in the final week of November, but rates remained the highest among secondary school aged children.

However the number of people testing positive in Wales stopped decreasing, with an estimated 18,100 people having the virus – equating to one in 170.

Positivity rates in Northern Ireland seem to have peaked around the middle of October, with infections continuing to decrease in the final week of November.

There are early signs cases in Scotland had started to decrease last week, with an estimated 40,900 people in Scotland having coronavirus – the equivalent of one in 130 people.

England started a second national lockdown on November 5, which ended on Wednesday, making way for a return to a three tiered system.

Throughout the pandemic there has been a lag between public health measures being taken and the impact on case numbers.