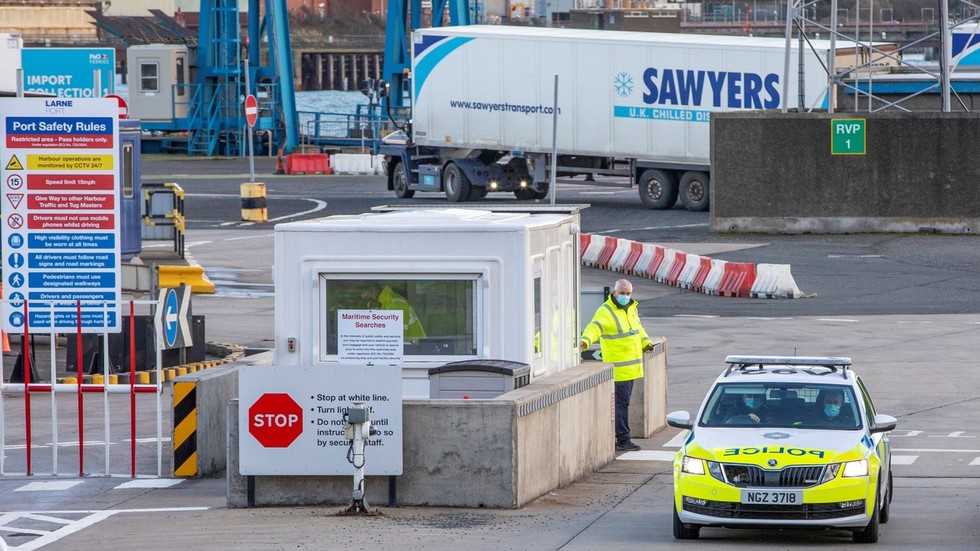 Northern Ireland’s Loyalist Communities Council (LCC) has accused the Republic of Ireland of starting a trade Cold War, demanding answers from the UK government and the European Commission (EC) on how to handle its neighbour.
The LCC launched a number of inflammatory blows at Ireland, proclaiming that the country has been using Brexit to reduce trade between Britain and Northern Ireland, which the group said it will not tolerate. The council struck out at the Irish government with accusations that it “has effectively instigated a state of Cold War against Northern Ireland and its people,” with the group also directly calling out the country’s foreign minister, Simon Coveney, accusing him of being guilty of starting the conflict over trade.

The council further implored that it “requires urgently to know how HM government and the European Commission will deal with this errant government” in regards to the turbulent relations.

The Republic of Ireland and the UK have been locked in a trade dispute, known as the “sausage war,” over chilled meats from the mainland not being able to enter Northern Ireland due to Brexit regulations, as the Northern Ireland Protocol would stop the imports.

The LCC has fervently opposed the Withdrawal Agreement proposed by the UK that would allow Northern Ireland to stay in the European Union’s single market, a move that the loyalist group says negatively impacts trade between Britain and puts Northern Ireland’s status in the UK under threat.

In response to an unsatisfactory resolution to the Irish border question, the LCC withdrew its support for the Good Friday Agreement in March 2021. The agreement was signed in 1998 to conclude The Troubles – a 30-year conflict in Northern Ireland – that amassed over 3,500 deaths, mainly civilians, as violence spread across the Republic of Ireland, England and Europe.

The Northern Irish LCC is a body that represents parliamentary loyalists – those who side with Northern Ireland remaining in the UK. The council has representatives from militant groups from the Ulster Volunteer Force and the Ulster Defence Association.
Add Comment