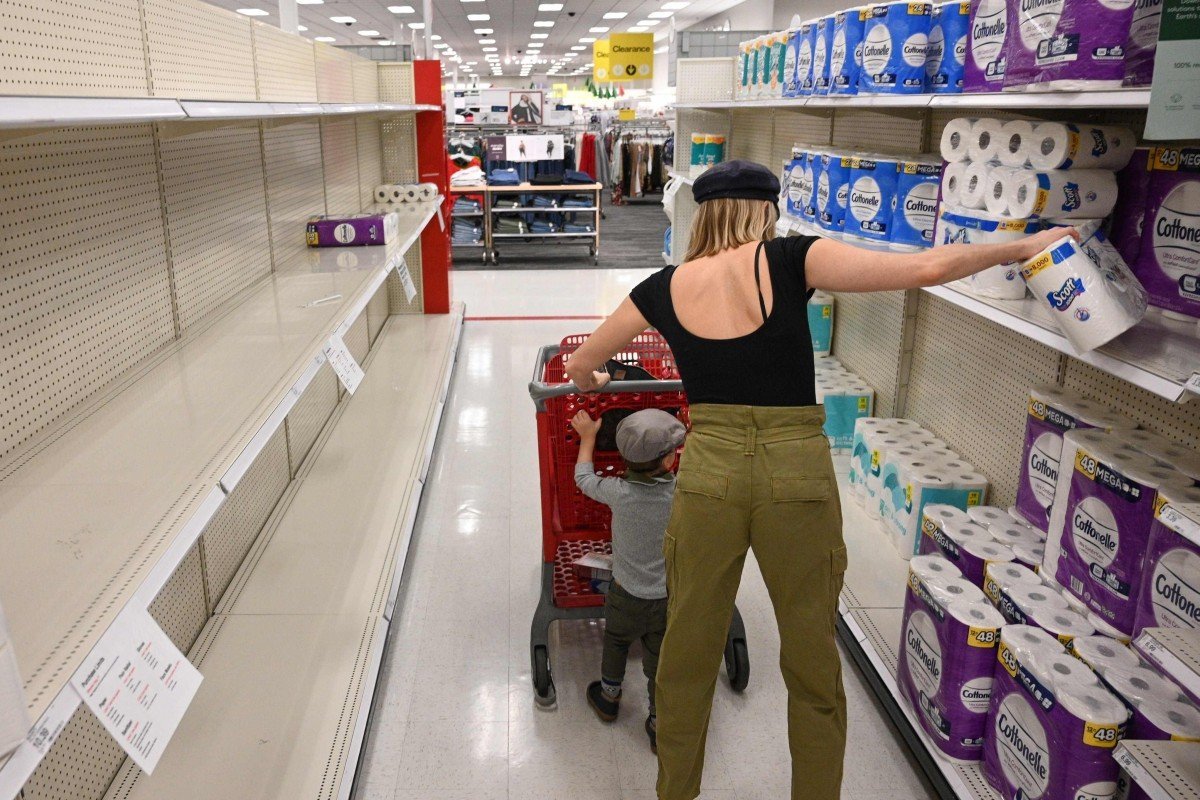 Paper towels and other cleaning supplies fly off the shelves amid a new wave of defensive buying.

We’re out of toilet paper again.

Households across the US are once again filling grocery carts brimful in a second round of panic buying as the coronavirus surges and states clamp down on economic activity.

Defensive purchasing is affecting everything from paper towels to bacon. Even the world’s biggest retailer is reporting shortages of high-demand items, including cleaning supplies, breakfast foods – and the most important commodity in any bathroom.

“It really does have everything to do with what’s happening with Covid-19 cases in any particular community,” Walmart’s chief executive officer, Doug McMillon, said on an earnings call in the past week.

“We’re going to be able to respond in this instance better than we did in the first half of the year, although we’re still – as a total supply chain – stressed in some places.”

The new wave of pantry stockpiling hits about eight months after the March boom, meaning makers of packaged food and household items have had some time to prepare. General Mills Inc. added 45 external production lines through contractors this year, while Campbell Soup Co. spent US$40 million to expand production of Goldfish crackers, a must for parents cooped up with toddlers. Still, at-home demand is surging, accelerated by a new wave of indoor-dining bans.

Cathy Smith had a pack of toilet paper rolls in her cart at the checkout of a Ralph’s grocery in West Los Angeles at midday on Friday with a few “last-minute” items to prepare her Thanksgiving meal, including a 7kg turkey.

“I’m not totally in panic mode yet,” she said. “I don’t watch the news, because it is too depressing, but my husband did and he warned me that things are getting worse. So I thought I’ll stock up.”

Shoppers may start to see purchase limits again, said Jim Dudlicek, spokesman for the National Grocers Association. Consumers should shop earlier in the day to “have best pick from freshly stocked shelves, but to be mindful of their neighbours and take only what they need,” he said.

Some grocers are using social media to provide updates on hot products, and at least one is providing bulletins on a radio programme.

Kraft Heinz Co. CEO Miguel Patricio said in an interview last month that the company has been finding new partners and investing in the productivity and capacity of its factories to meet rising demand.

That means “new machinery, or even bringing back to lifelines that we considered in the past as obsolete,” he said. The company is working on “all possible fronts to increase capacity and we’ve been able to increase it substantially. We increased capacity on average by 20 per cent and that goes up to 56 per cent on products where there’s a higher demand,” like Philadelphia Cream Cheese or macaroni and cheese, he said.

Mark Schiller, CEO of Hain Celestial Group Inc., said that the company, which makes Terra vegetable chips and plant-based Dream milks, was readier for this round of panic buying.

“We are far better prepared,” he said. “We have about 50 million more dollars of inventory on hand, of all the things that have the longest supply chain and the least amount of backups.” 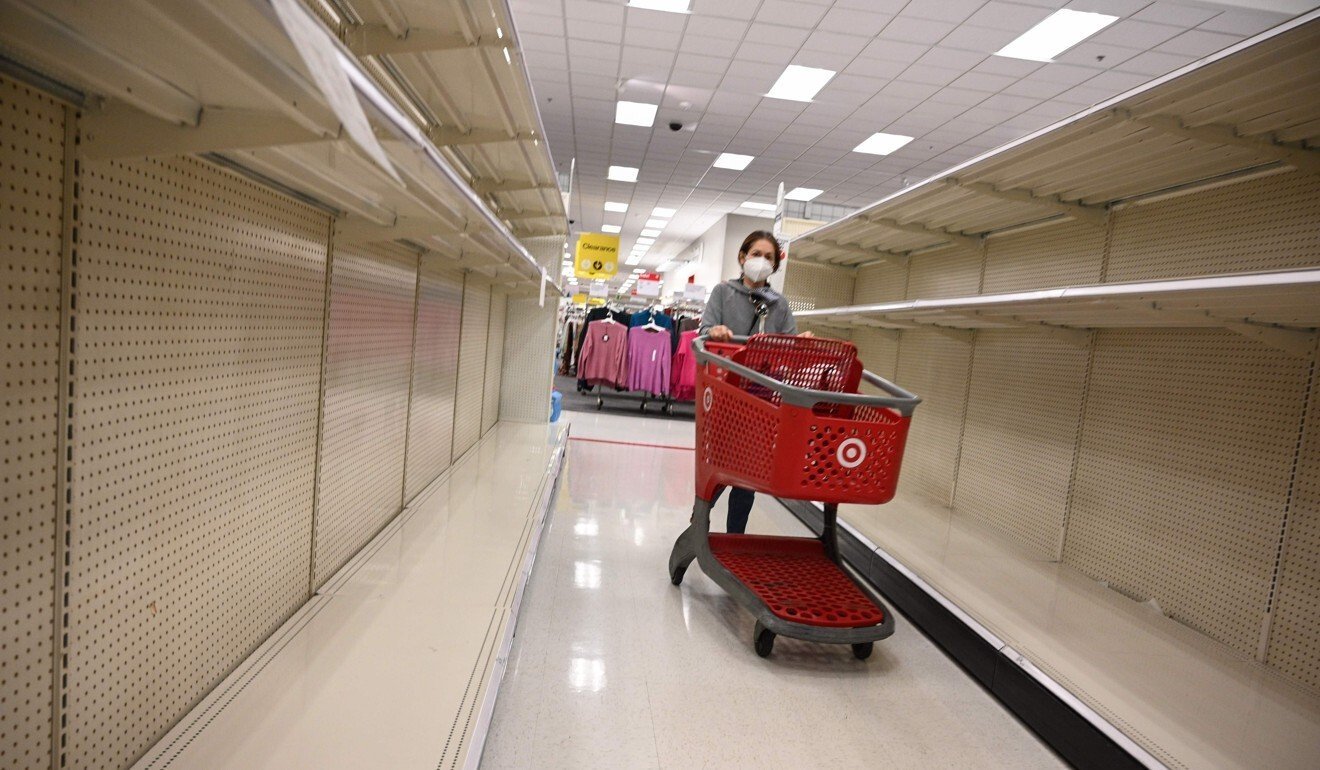 Defensive purchasing in the US is affecting everything from paper towels to bacon.

Toilet paper is a tougher one to find, with consumers sharing on Twitter photos of bare shelves – and pleas to fellow shoppers to share the supply. “March 2.0,” observed one tweeter.

Kimberly-Clark Corp., maker of Scott and Cottonelle toilet paper, said it was cooperating with its clients and customers to keep tabs on supplies and fill inventory gaps. The company has accelerated production since the pandemic hit, including making fewer variants of products and finding capacity in its global paper supply network, said Arist Mastorides, president of the family care unit in North America.

Procter & Gamble spokeswoman Jennifer Corso said the maker of Charmin continues “to work around the clock to produce product as quickly as possible.”

“Toilet paper consumption is tied to the increased amount of time consumers are spending at home.

For both, people are consuming more and stocking their pantries at a higher level than before the pandemic.”

Panic buying is also hitting another part of the consumables market.

Ben Kovler, CEO of Chicago cannabis company Green Thumb Industries Inc., said on an earnings call this month that while purchases aren’t yet back to March’s booming levels, it’s “marching back there slowly.”

Unlike at Walmart, where shoppers are coming less often but buying more, Green Thumb’s Rise stores are seeing more customers, he said. And unlike staples that get used at a steady rate, when people buy twice as much cannabis, they quickly use it. These are, after all, stressful times.