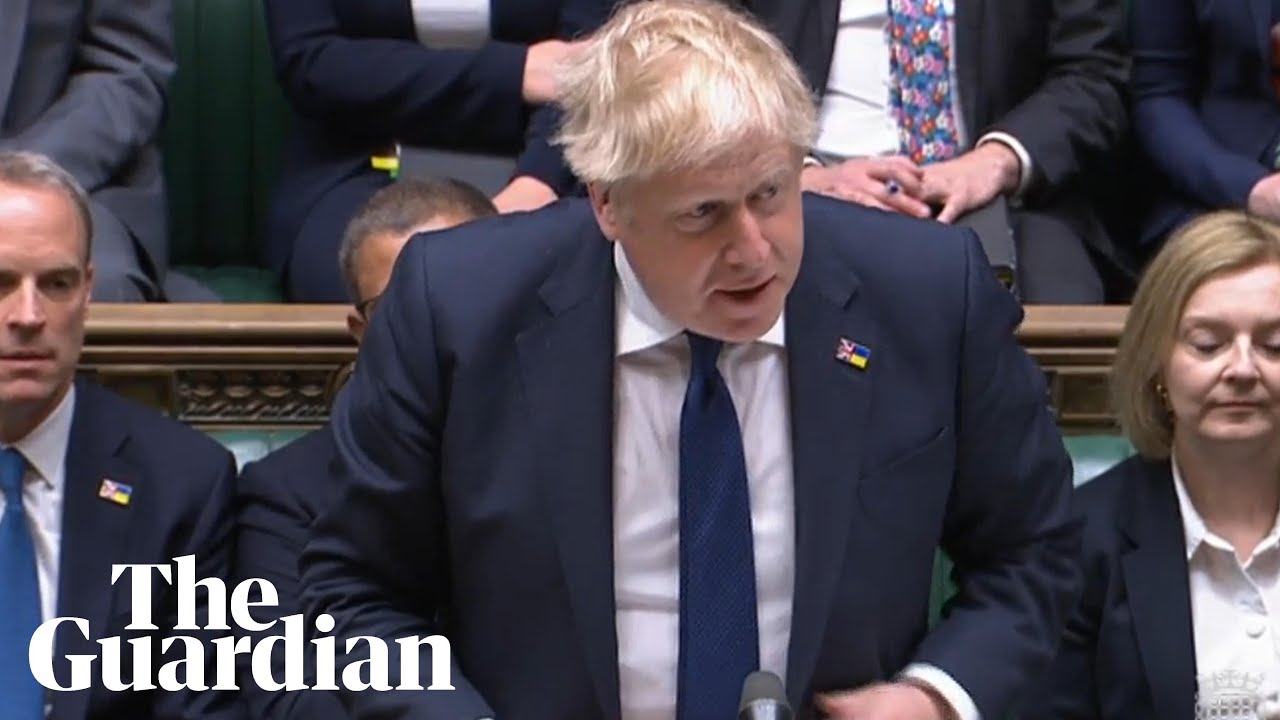 No 10 goes into battle with archbishops over Rwanda asylum plan

Downing Street refuses to deny PM told MPs archbishops were being unfairly critical as church figures defend Justin Welby
Downing Street has gone into open battle with the Church of England over its condemnation of the Rwanda deportation scheme, with No 10 officials doubling down on Boris Johnson’s claim that archbishops were being unfairly critical.

The prime minister reportedly told Conservative MPs on Tuesday evening that senior clergy had criticised plans to deport asylum seekers to Rwanda more than they had condemned Russia’s invasion of Ukraine. This was not denied by No 10.

On Wednesday morning a senior Church of England branded the comments a “disgraceful slur”.

With Johnson declining to apologise, the office of Justin Welby, the archbishop of Canterbury, insisted he would continue to speak out about the policy on “moral and ethical grounds”, setting the ground for an ongoing row.

A series of prominent Church of England figures defended Welby and the archbishop of York, Stephen Cottrell, with one saying those who questioned their right to criticise the controversial Rwanda scheme “need to acquaint themselves with the most basic rudiments of Christianity”.

Johnson, addressing Conservative MPs at a meeting on Tuesday, was said to have criticised the church and the BBC for being more condemnatory of the asylum policy than of Russia.

Speaking to journalists on the plane on Wednesday night as he travelled to India, Johnson defended his criticism of Welby and the BBC.
“I have a very good relationship with the archbishop. All I was saying was that I think we have an excellent policy to try and stop people drowning in the Channel. I was surprised to find it criticised,” he said.

“What I said was I thought was very mild, and I was very surprised. All I said was I thought the policy was misconstrued on the BBC and by some parts of the clergy. That’s what I said. I had just come off phone to Paul Kagame {the Rwandan leader] who was making that exact point to me. I thought it has been misconstrued. As far as I understand it, it was all alright until the [BBC Radio 4’s] Today programme piled in.”

Quizzed by Keir Starmer during prime minister’s questions (PMQs) earlier, Johnson vehemently denied attacking the BBC over its Russia coverage, calling this “completely without any foundation whatever”.

But he pointedly did not deny the condemnation of the church and bishops, and declined Starmer’s invitation to apologise, saying only that he had been “slightly taken aback” by vehement criticism of the plan in Welby and Cottrell’s Easter sermons, with the former calling the Rwanda policy “opposite of the nature of God”.

Speaking after PMQs, Johnson’s press secretary said she could not comment on remarks made at a private meeting but refuted that Johnson criticised the BBC for its coverage of Ukraine.

Asked what Johnson thought about the church’s criticisms of the Rwanda plan, as against its comments on Russia, she said: “You heard him answer the first point, where he said he was surprised to be criticised for a policy that is designed to end deaths at sea that are a result of people being exploited by criminal gangs.”

The Church of England’s head of news, John Bingham, said if the reports of Johnson’s comment were true it was a “disgraceful slur” and that both archbishops had strongly condemned Russia over the war on Ukraine.

A statement by Welby’s office said both he and Cottrell, as well as other faith leaders, were “gravely concerned by proposals to send migrants overseas”, adding: “They will continue to speak out against these plans on moral and ethical grounds.”

Both archbishops “have condemned Russia’s invasion of Ukraine as an act of great evil and spoken out repeatedly against it”, it added.

Rev Richard Coles, the vicar of Finedon who is also a prominent radio presenter, said it was perfectly valid for the archbishops to criticise the policy.

“People who question the archbishop of Canterbury’s right to criticise government policy need to acquaint themselves with the most basic rudiments of Christianity,” said Coles. “Christianity always insists, or should insist, that we uphold the dignity of every person, and I don’t think this policy is one that fully respects the dignity of people who are seeking asylum in this country.”

Alan Wilson, the bishop of Buckingham, insisted criticism of the Rwanda policy was not overtly political.

“One of the things all of us who preach the word of God do is expound the scriptures, and when you look at the Christian scriptures, again and again and again they tell us to be generous to the stranger within your gate, to the person you’ve never met,” Wilson said in an interview on Premier Christian Radio.

Jayne Ozanne, a member of the church’s General Synod, who was formerly on a government advisory panel on LGBTQ+ issues, said Johnson “has shown himself to be devoid of a conscience and frankly would do well to seek advice from the archbishop and listen to his counsel, before asking for both his and the nation’s forgiveness”.
#Boris Johnson  #Johnson
Add Comment