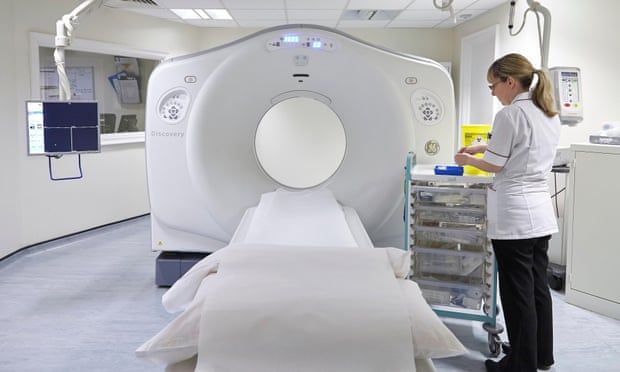 Private hospital operators expect boom in self-pay to continue for at least next three to five years
Growing numbers of Britons are paying for private medical treatment because of the record delays people are facing trying to access NHS care, a report has revealed.

They are using their own savings to pay for procedures that involve some of the longest waiting times in NHS hospital, such as diagnostic tests, cataract removals and joint replacements.

The increase in the willingness to self-pay is closely linked to a desire for private treatments that was increasing even before Covid struck in March 2020. But many private hospitals were unable to meet that demand for much of the pandemic because coronavirus disrupted so much normal healthcare.

Private hospital operators expect the boom in self-pay to continue for at least the next three to five years, with half of industry leaders expecting the market to grow by 10%-15% by 2025.

The in-depth report, written by the private health sector analysts LaingBuisson, states: “Despite Brexit and economic uncertainty, the main driver of interest and take-up of self-pay appears more directly linked to NHS waiting times than in previous years.

“What is clear is that there is a significant growth in demand for diagnostics and outpatient consulting and treatment, which does seem to have been sustained as we move into 2022.”

The trend was illustrated recently when Spire Healthcare, the UK’s biggest private hospital group, disclosed in its most recent annual accounts that it had recorded a 115% jump in the number of people paying for their own care between 2020 and 2021. This helped it to increase its revenues from £920m in 2020 to £1.106bn last year, the firm said.

Pensioners and older working-age adults are driving the increase in self-funded care and, in some cases, are using money they have not spent during the pandemic, according to Liz Heath, a LaingBuisson consultant and the report’s author.

“With the main demographic group for self-pay being the over 55-year-olds, it may be that inability to spend on other lifestyle options and considered purchases such as leisure, holidays and eating out in the past two years may influence spending on health and wellbeing”, the report said.

The total value of the private self-pay market has risen every year since 2010 and hit an estimated £1.117bn – the highest ever – in 2020. Heath said that 2022 was likely to show further “sustained growth”. Some providers of private diagnostic tests such as MRI and CT scans have reported year-on-year rises of people self-paying of 50-60% in the past 12 months.

While London and the south-east are recording a rise in self-pay, with their higher numbers of wealthy older people, “heightened interest in self-pay” had also been identified in more deprived areas, where traditionally few people go private, such as the north and north-east of England, Heath added.

More than half of industry leaders expect the market will grow by 10%-15% by 2025. Payment plans offered by private firms such as Circle and Nuffield Health, that let patients spread the cost of their treatment, often interest-free, are also encouraging more people to go private.

Dr Tony O’Sullivan, an ex-NHS consultant and a co-chair of the campaign group Keep Our NHS Public, said: “The government’s deliberate and sustained running down of the health service has resulted in a two-tier system. The NHS is now in a permanent state of distress, leaving patients desperate for care, and – if they can afford it – feeling as if they have no choice but to go private, undermining the very vision of equality and care a well-funded NHS was so famous for.

“Hard-working people would not need to line shareholders pockets in this way if the NHS had not been underfunded, understaffed and neglected for so long.”

David Hare, the chief executive of the Independent Healthcare Provider Network, a trade body that represents more than 100 operators, said: “With NHS waiting lists at record levels and likely to continue growing, it is not surprising that increasing numbers of patients across the country are paying privately for treatment, including those who would never have previously considered doing so.”
#Coronavirus  #Covid
Add Comment