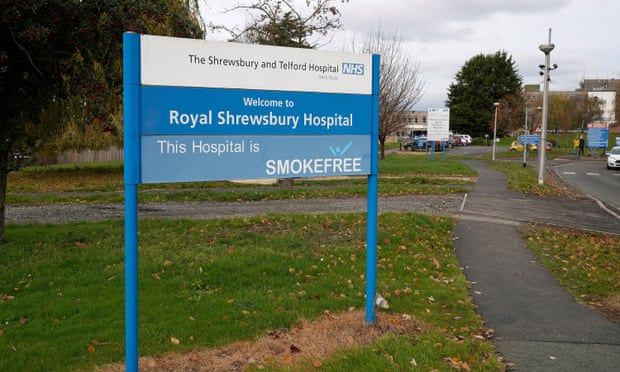 The Shrewsbury and Telford trust pleaded guilty on Wednesday at Telford magistrates court to three criminal charges brought by the Care Quality Commission (CQC), the NHS care regulator in England.

The charges related to the deaths at the Royal Shrewsbury hospital of 31-year-old Mohammed Ismael Zaman in October 2019 and Max Dingle, who was in his 80s when he died in May 2020.

The CQC mounted the prosecution because both men had been exposed to avoidable harm as a result of serious safety failings at the hospital, in breach of the Health and Social Care Act 2008 (Regulated Activities) Regulations 2014, which are intended to guarantee safe, high-quality care.

Zaman, a trainee pharmacist, died of severe blood loss while having kidney dialysis. His dialysis machine had set off a venous pressure alarm when his catheter became disconnected. However, the member of staff who reset the alarm did not check if the catheter was connected. Zaman lost three pints of blood in seven minutes, was found in a pool of blood and died, despite attempts to revive him.

The CQC’s lawyer Ryan Donoghue told the court Dingle’s “head was trapped between the bed rails and mattress” after he was admitted with chronic lung disease. Although the alarm was immediately raised when he was found, and he was freed, he died from a cardiac arrest.

Referring to Dingle’s death, Donoghue said: “The basis [of the trust’s guilty plea] is that the failures exposed him to a significant risk of avoidable harm.”

The trust was heavily criticised in a damning review published in March into poor maternity care it provided for decades at both the Royal Shrewsbury and Telford hospitals. The inquiry, by Donna Ockenden, found that 201 babies and nine mothers could or would have survived if they had received better care.

The police are looking into 600 cases linked to the scandal.

Phil Dingle, the son of Max Dingle, said: “It is sad to lose a father at any stage in life, but more so in such tragic and preventable circumstances.

“With many still unanswered questions, I find it incomprehensible that a hospital trust is allowed to ‘self-police’ a serious and unexpected incident which is highlighted as a known risk by the Health and Safety Executive. Furthermore, an independent Home Office coroner should be appointed in such circumstances to ensure transparency of process with the postmortem.”

Peter Walsh, the chief executive of the patient safety charity Action against Medical Accidents, highlighted that the trust was previously prosecuted in 2016 by the HSE over unsafe care and patient deaths.

“The police are reportedly looking at hundreds of maternity cases which may lead to prosecutions. One has to ask whether the system for regulating the trust and holding it to account for such serious and repeated failures is working. Fines are clearly not enough,” Walsh said.
Add Comment