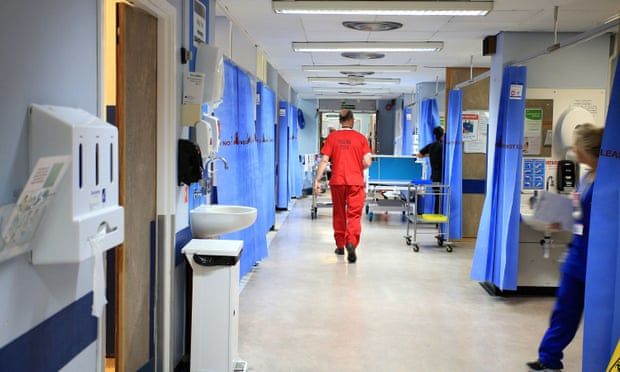 The NHS is paying £2bn a year to private hospitals to care for mental health patients because it does not have enough of its own beds, the Guardian can reveal.

The independent sector receives about 13.5% of the £14.8bn the NHS in England spends on mental health, a dramatic rise since 2005 when it was paid £951m. Nine out of every 10 of the 10,123 mental health beds run by private operators are occupied by NHS patients.

The NHS’s increasing reliance on independent care providers comes despite some health service bosses’ concerns that there are persistent – and sometimes fatal – problems with the quality and safety of care at many of the mental health units they run.

Those fears, which are shared by NHS psychiatrists, mental health nurses and charities, are borne out by reports of inspections undertaken by the Care Quality Commission (CQC). Figures it has provided to the Guardian show that 71 different psychiatric facilities run by non-NHS providers looking after adults or under-18s were found to be “inadequate” since the start of 2017 – more than one in four of the total of 269 such units.

According to the latest research by leading the health market analysts LaingBuisson, independent mental health providers receive £1.964bn a year for treating NHS patients. They have gained a dominant role as the NHS has reduced its own stock of mental health beds despite rising demand for residential psychiatric care.

The disclosure that the NHS in England is handing independent operators such a massive sum of money prompted Dave Munday, the lead professional officer for the Mental Health Nurses Association, to denounce “the scandalous privatisation of services that people who are most vulnerable rely on to survive”.

Paul Farmer, the chief executive of Mind, said the “dangerous gradual reduction” in NHS beds over recent years had left it worryingly dependent on the private sector.

“While this use of private care providers is itself not concerning, the fact that some patients are being transferred to private providers halfway across the country, or indeed providers who have been deemed by the CQC to be delivering inadequate standards of care, is incredibly worrying, particularly as some of these referrals seem to have led to tragic and fatal consequences,” said Farmer, who chaired NHS England’s mental health taskforce in 2015.

*  Independent mental health care providers now make 91% of their income from the NHS.

*  A majority of inpatient care for under-18s is now outsourced, with independent operators looking after 55% of all the children and young people who are hospitalised.

Overall, the four biggest operators – the for-profit firms Cygnet Health Care, the Priory Group and Elysium Healthcare and the charity St Andrew’s Healthcare – receive £1.356bn – two-thirds of the nearly £2bn total. That reflects that between them they run 182 hospitals containing 6,700 (66%) of the independent sector’s total of 10,123 mental health beds. In another sign of their dominant role, the quartet have almost 40% of all England’s secure mental health beds, reserved for the most unwell patients.

The NHS watchdog gave 10 of the 71 “inadequate” hospitals its lowest rating twice when, on return visits, CQC inspectors found that urgent improvements they had ordered to improve the care of people with conditions such as psychosis and bipolar disorder had not been made, with patients still exposed to danger.

Dr Andrew Molodynski, the British Medical Association’s mental health policy lead, said: “The government’s persistent underfunding of NHS services and failure to address mental health bed shortages has led to a worrying over-reliance on private providers, many of which have been responsible for a catalogue of patient safety failings, placing very vulnerable patients at increased risk of inadequate care or, in worst cases, self-harm and suicide.”

The big four non-NHS operators said staffing problems were hampering their efforts to always provide the best possible care for patients with challenging and often complex illnesses, and that only small numbers of their facilities had been rated inadequate.

A Priory spokesperson said: “Priory works in partnership with the NHS and the availability off independent mental health services enables the NHS to give very unwell patients immediate access to treatment which they often lack suitable facilities, or capacity, to offer themselves, and to free up much-needed NHS A&E beds occupied by patients in need of specialist mental health treatment.”

A Cygnet spokesperson said the safety and wellbeing of service users was its “absolute priority”, adding that 82% of its facilities were rated “good” or “outstanding” by regulators.

Elysium said it was proud to provide care to people at “the most vulnerable point in their lives”. It added: “While we take great pride in the leading-edge care and therapies we deliver across our hospitals, we never cease from striving to learn and improve.”

Jess Lievesley, the chief executive of St Andrew’s, said that while five of the nine services it runs had been rated “good” by the CQC, three had been rated “requires improvement” and one as “inadequate”.

“This is not a level of service that we are satisfied with and we’ve been restructuring our charity over the last few years to drive an improvement in the quality of care we provide,” he said. That included cutting the number of beds it operates by a third and investing more in community mental health services.

An NHS England spokesperson said: “The NHS has been clear that we expect all services to provide safe and high-quality care and to deliver on our commitments in their contracts, irrespective of whether they are NHS or independent sector-led.”