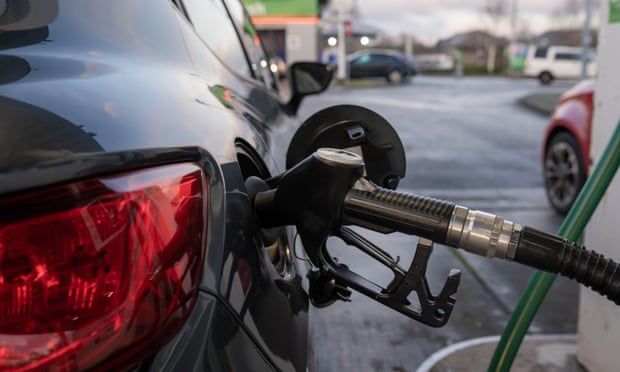 Britain’s hard-pressed households face a fresh threat to their living standards after fears of Middle East supply disruption sent the price of oil to its highest level in seven years.

With the cost of petrol and diesel already close to their highest-ever level in the UK, the cost of driving is set to rise again after a jump in oil prices to almost $88 (£65) a barrel.

Latest figures from the RAC show motorists paying an average of 146p a litre for unleaded petrol and 149p a litre for diesel. But the rise of more than $1 a barrel in the cost of Brent crude after drone attacks by Yemen’s Houthi group on an oil facility in Abu Dhabi will put upward pressure on pump prices.

US investment bank Goldman Sachs has said the price of crude will hit $100 a barrel in the second half of 2022 as global economic activity recovers from the disruption caused by the Omicron variant. 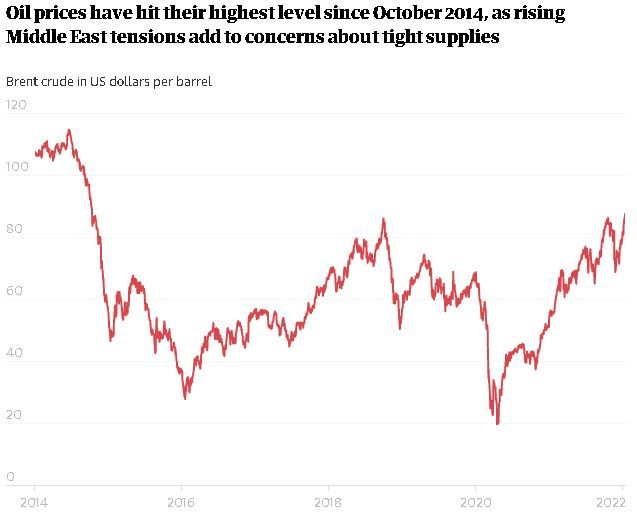 Russ Mould, investment director at AJ Bell, said: “A rise in oil prices to a seven-year high and a continuing, though below inflation, rise in UK earnings has put the spotlight once again on inflationary pressures and a cost of living crisis.

“Traders are eyeing the $100 per barrel mark for crude oil for the first time since 2014, with the perceived diminishing threat posed by Omicron to the global economy and supply constraints and disruption driving the black stuff higher.”

Mould said oil producers had to decide whether to pump more crude in an attempt to prevent higher energy costs from derailing global recovery. “The question now is whether Opec will take action to address the surge in the market, or risk demand destruction if it doesn’t,” he said.

Earlier this month, Opec – a 13-nation cartel – reached agreement with Russia to pump an additional 400,000 barrels a day, but some producers are having difficulties meeting their quotas.

Goldman Sachs said it expected oil stocks to fall to their lowest level in more than two decades over the coming months, leading to crude prices hitting $90 a barrel in the first quarter of 2022, $95 in the second quarter and $100 in the second half of the year.

Earnings figures released by the Office for National Statistics have shown wages are already failing to keep pace with rising prices, with a further increase in the annual inflation rate to at least 6% expected by the Bank of England in the spring.

Financial markets are already pencilling in four quarter-point increases in interest rates from Threadneedle Street’s monetary policy committee this year as policymakers seek to ensure the recent rise in inflation is temporary rather than permanent.