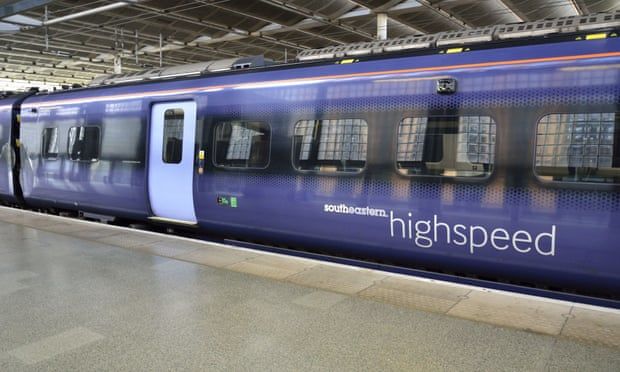 The rail union RMT said it was a “sick joke” that the group’s Govia joint venture was given a three-year deal to continue running the Thameslink, Southern and Great Northern franchise, which served about a million passengers daily pre-Covid.

Govia, a joint venture led by Go-Ahead with the French firm Keolis, was stripped of the Southeastern franchise by the transport secretary, Grant Shapps, last September for “breaches of good faith”.

The firm’s £23.5m fine from the Department for Transport for failings on Southeastern was less than the £30m it had set aside. Go-Ahead’s share price has risen 20% in the last week on the smaller fine and rumours of a fresh award.

Investigations since found more irregularities at Southeastern, dating back to 2006. Go-Ahead eventually repaid £51.3m, including interest, of the money it had wrongly withheld in overpayments from the DfT. The case has been referred to the Serious Fraud Office.

Although senior directors worked at both franchises, an investigation led by the chairs of Go-Ahead and Keolis found no evidence that any similar accounting issues existed at Govia Thameslink Railway as Southeastern.

The general secretary of the RMT, Mick Lynch, said: “Shapps has done this having been reassured that Go-Ahead are safe with public money on the strength of a report conducted by the same people who ripped off the public in the first place.

“This was a totally unnecessary decision, driven by an ideological fixation with greed and profit because the operator of last resort, which picked up the wreckage of Govia’s Southeastern franchise, was ready and waiting to take over and run it in the public sector.”

The new contract starts on 1 April 2022 and will run for at least three years, with a possible three-year extension. Go-Ahead is one of the last British private firms running a UK rail network, with the state-run Operator of Last Resort now in charge at Northern and LNER as well as Southeastern.

The deal is a management contract, which, unlike franchises, has no cost risk to the operator. Govia Thameslink Railway, or GTR, will earn a fixed fee of £8.8m a year and up to £22.9m on top if it meets performance targets. The £31.7m maximum is equivalent to a margin of about 1.85%, Go-Ahead said.

The rail minister, Wendy Morton, said: “With their plans for improving the punctuality, reliability and accessibility of their services through close collaboration with Network Rail, we are proud to partner with GTR to create a truly passenger-focused service.”

Christian Schreyer, the chief executive of Go-Ahead, said: “A top priority is to build passenger numbers back after the Covid-19 pandemic. Go-Ahead will bring commercial acumen and international experience to bear in encouraging people back to the railways.”
#COVID-19  #Covid
Add Comment