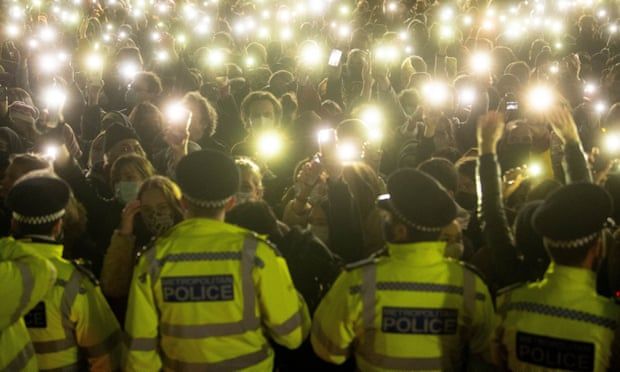 Police forces will put a “relentless focus on perpetrators” in an attempt to tackle soaring levels of violence against women and girls, according to the new national police lead.

Speaking at the National Police Chiefs’ Council’s (NPCC) and Association of Police and Crime Commissioners’s joint conference on Thursday, Maggie Blyth, the deputy chief constable of Hampshire police who was appointed into the new role of national police lead for violence against women and girls five weeks ago, acknowledged that trust between women and the police had been “broken through some of the tragic events of the last few weeks and months”.

Blyth said she had put together a two-year plan to transform how forces tackle crimes against women and girls, after the deaths of Sabina Nessa, 28, and Sarah Everard, 33, and the conviction of a serving police officer for Everard’s killing.

“Our first focus, our first pillar is on the relentless focus of perpetrators and our policing response very much around perpetrators,” she said. The “perpetrator-focused approach is currently being piloted in Avon and Somerset and involves attempting to disrupt and track suspected sex offenders including rapists, instead of focusing on the credibility of victims. 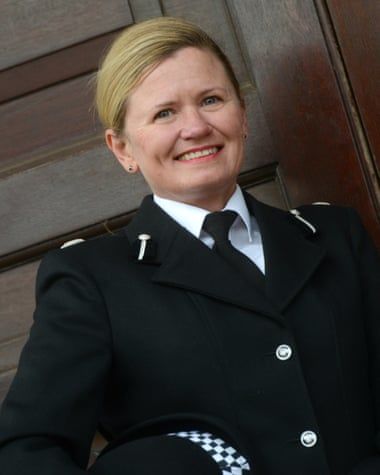 Maggie Blyth, the national police lead for violence against women and girls.

Blyth was appointed in September after a highly critical report from the police watchdog, which warned that England and Wales was facing a “national epidemic of violence against women and girls”.

She told officers at the conference that police needed to act quickly to rebuild trust and said there were “immediate police improvements that mean that action is needed in the next few weeks straight away”.

The police were “very much in listening mode, and that’s really important … because of the dip in trust and confidence,” she said, adding: “We won’t move forward at all in any of our policing work and our wider partnership work on violence against women and girls if we don’t make a change and rebuild that trust that we know has been broken through some of the tragic events of the last few weeks and months.” That work had to focus on “culture and conduct and behaviour”, she added.

During a panel discussion on violence against women and girls, which noted that “the murder of Sarah Everard by a serving police officer has prompted widespread concerns about women’s safety and male violence, as well as raising serious questions about culture, vetting and recruitment across the service”, the victims’ commissioner, Dame Vera Baird, made a direct challenge to the assembled officers.

She said the treatment of violence against women and girls in the police had “no central direction, no central resourcing, but it does kill a woman every three days”.

Baird called for a overhaul in police culture, for more status to be given to officers specialised in tackling violence against women and for VAWG to become a strategic policing priority, like terrorism, to give the issue central direction and extra resources, particularly for specialist officers.

It comes after a YouGov poll, on behalf of the End Violence Against Women (EVAW) coalition, found 47% of women and 40% of men said their trust in the police had dropped since the conviction of Everard’s killer, Wayne Couzens. About one in three said they continued to trust the police.

EVAW’s director, Andrea Simon, told officers: “We are concerned … there has been a comparatively swift leap towards various initiatives which seem aimed at improving public perception of policing, before substantive transformation and improvement in our criminal justice response has taken place.”