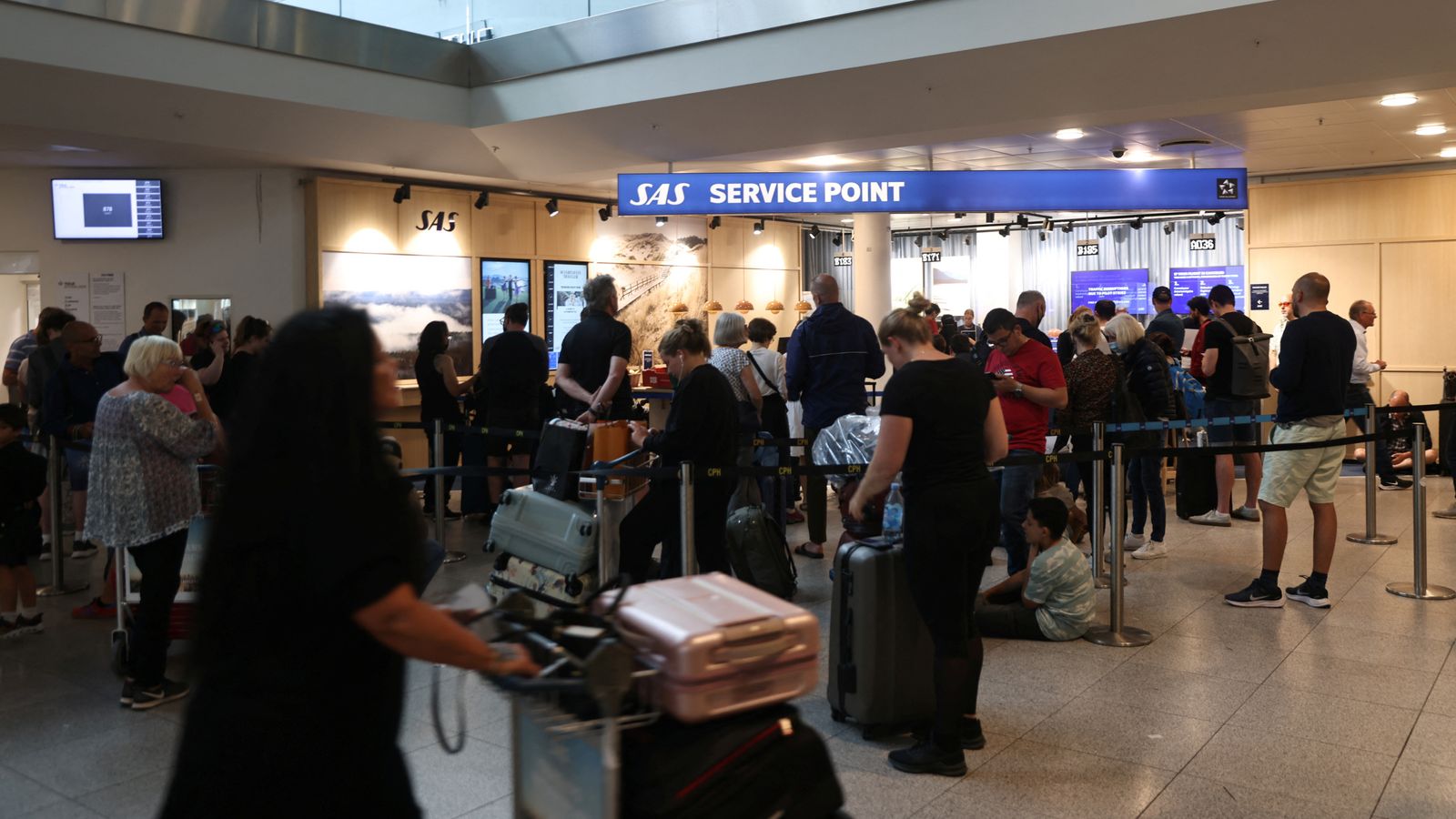 Nearly half of travel insurance policies don't protect against strikes, according to Which?

The consumer group gives its top tips for covering yourself against travel chaos this summer.

Almost half of insurance policies don't protect holidaymakers from cancellations caused by industrial action, the consumer group Which? has found.

Its analysis of 199 packages offered by 71 providers found that 40% did not offer cover for strike action.

Travellers are being warned to brace for chaos this summer as unions vote to strike in a fight for better pay and working conditions.

More than 700 BA check-in staff and ground-handling agents at Heathrow could walk out at the height of the summer season after they recently voted to strike.

Meanwhile, easyJet workers in Spain have said they will strike sporadically throughout July, as unions in France, Italy, and Portugal continue to clash with airlines and airports, raising the prospect of further industrial action.

Taken together, the situation paints a bleak picture for travellers this summer.

Many are understandably looking for protection: insurance that will cover them if their flights are cancelled.

But just six in 10 of the policies Which? examined actually offered reimbursement for travellers who were forced to cancel a trip due to strikes, leaving many policyholders unprotected. 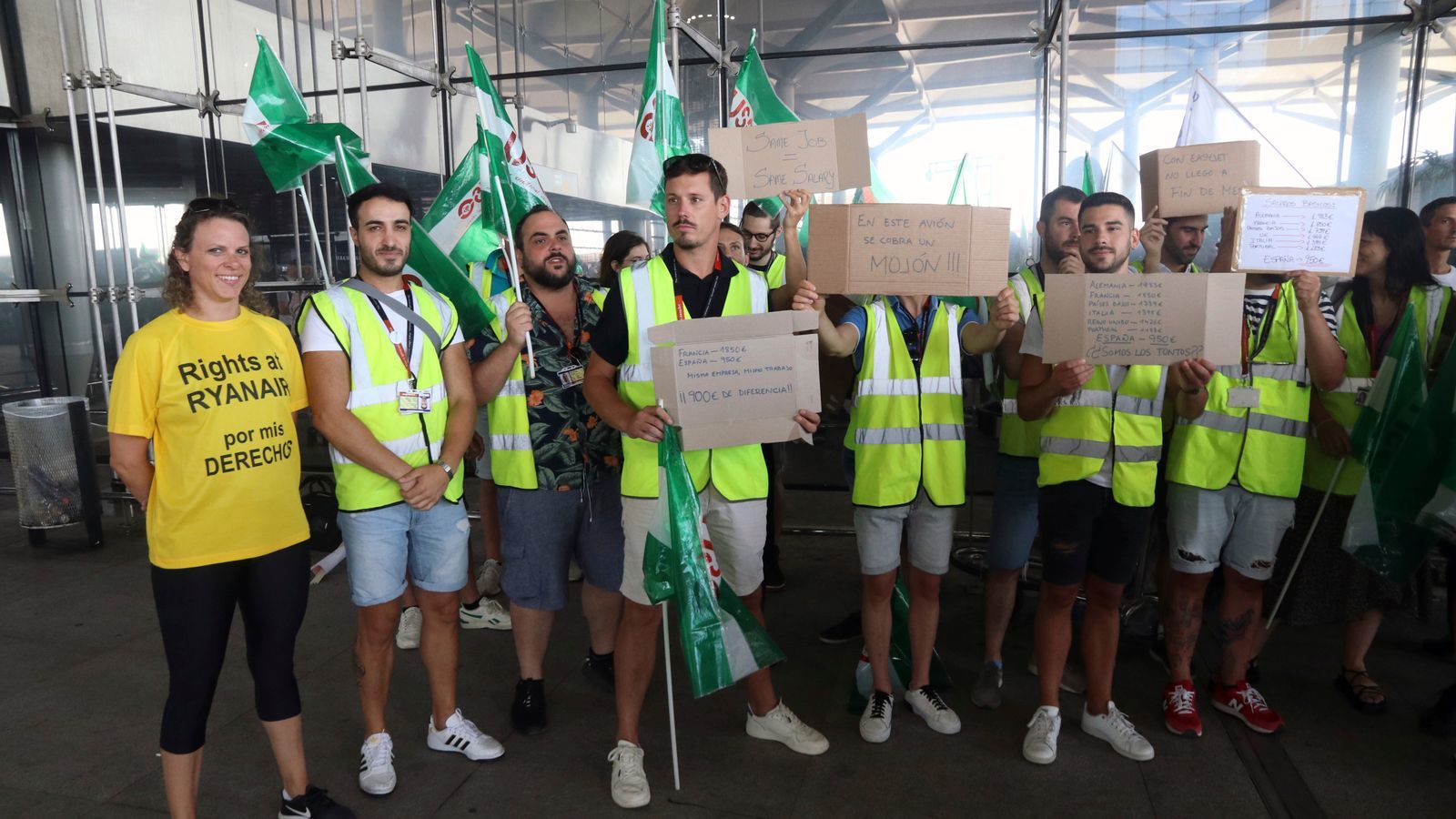 Ryanair and easyJet airline workers rally at the gates of the Costa del Sol airport in Malaga.

"We advise travellers to always check policies carefully to ensure they offer the cover that will be most appropriate to their trip, and to ensure they have cover in place from the time of booking," said Jenny Ross, money editor at Which?.

She added that travellers "should ensure they’ve taken out adequate insurance to cover any losses or unexpected costs they might face".

Which? also analysed the policies for their amount of protection against coronavirus-related disruptions.

The group said it found huge disparities in the level of cover offered - with cases on the rise in many European countries.

Of the 199 policies that Which? assessed, fewer than 10% offered what it considered to be full protection in the event of a holiday being disrupted by COVID-19.

The group defines complete cover as giving travellers the ability to claim for emergency medical care if they catch COVID-19 while abroad, and also giving them the option to claim cancellation costs if they test positive for the virus before their trip.

Full policies should include reimbursement if the legal requirement to self-isolate is reintroduced for those identified as close contacts, or if the government restricts travel to and from the country you are on holiday in.

Other tips from Which? include always booking your holiday on credit card if possible, as your bank is legally bound to reimburse you for any purchase over £100 if services provided are not as advertised, and the company responsible won’t refund you.

The group also said that "anyone who has their holiday cancelled by a package tour operator is entitled to a refund by law. Airlines are also obligated to refund passengers when they cancel flights - including when the cancellation is caused by their own staff going on strike".

"Likewise, package holidays from an ATOL protected firm will ensure that you'll be reimbursed should the company go out of business and repatriated if it happens while you're abroad."