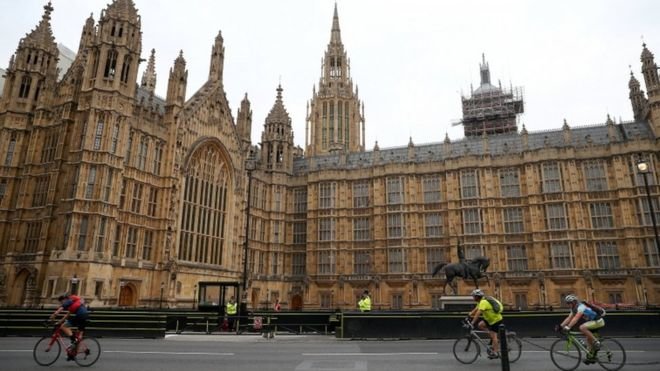 Legal corruption in UK, as usual: MPs could get £3,000 pay rise under new proposals

MPs could receive a pay rise of over £3,000 a year from next April under new proposals from the Independent Parliamentary Standards Authority.
IPSA is the independent body responsible for overseeing MPs' pay, pensions and expenses.

It says the rise was calculated using the same method as in recent years.

But some MPs have expressed unease about being awarded a pay rise at a time when many of their constituents are facing economic uncertainty.

IPSA's proposals would see the increase in MPs' salaries continue to be linked to the average rise for public sector workers.

Labour MP for Tooting, Dr Rosena Allin-Khan said she would not take the pay rise or, if unable to refuse it, would donate it to charity.

She tweeted: "This isn't right. Millions face job uncertainty and to give us MPs a pay rise now just sends the wrong message and highlights the economic divide in our country."

And the Conservative MP for Bishop Auckland, in County Durham, Dehenna Davison, called the idea "bloody stupid" before issuing a reminder that MPs do not set their own salaries.

It is difficult to estimate the precise increase MPs would see in April, as the data on the average public sector wage increase in October - one element of IPSA's formula - is not yet available.

Nevertheless, MPs could see around £3,000 added to their current £79,468 basic salary at a time when average wages are falling and more people are losing their jobs due to the coronavirus pandemic.

Public sector wages have been insulated from the effects of the pandemic, but more people work in the badly-hit private sector so, on average, wages are falling.

The MPs' pay proposal is now open for consultation until 6 November, with a final decision due in December.

IPSA, which was set up in 2010 in the wake of the MPs' expenses scandal, said that given the "scale of future economic uncertainty arising from the coronavirus pandemic," it had decided to continue using the same method that it had used to calculate changes to MPs' salaries in previous years.

Richard Lloyd, IPSA's interim chair, said: "IPSA is responsible for setting MP's pay and pensions. We act independently of Parliament and have a statutory duty to review MPs' pay in the first year of each Parliament.

"Given the huge economic uncertainties arising from the coronavirus pandemic, we do not think it is right to depart from this approach now."
Add Comment