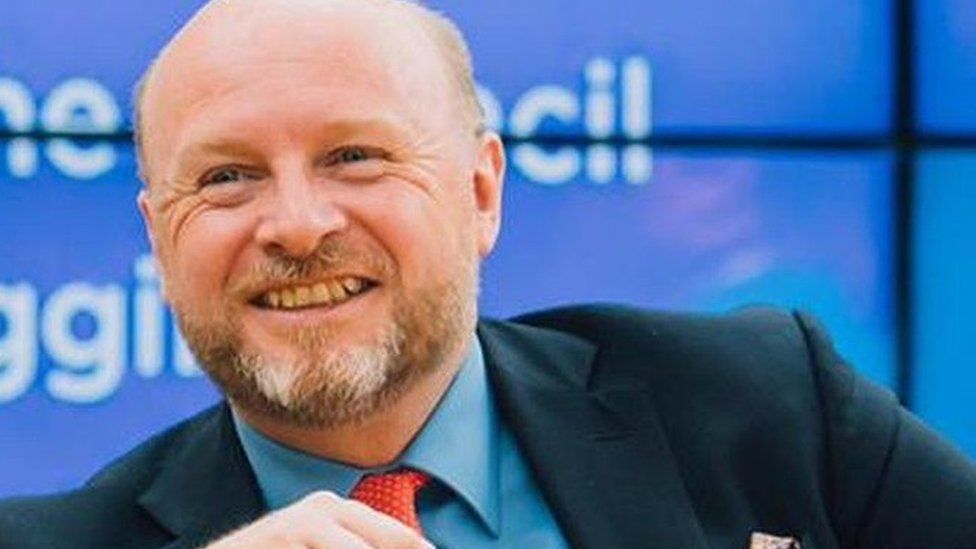 Labour MP Liam Byrne has been found to have bullied a former member of staff and will be suspended from the Commons for two days.

The ex-Cabinet minister and MP for Birmingham Hodge Hill ostracised a former assistant after a minor office dispute, an investigation found.

Mr Byrne said he had apologised and was "profoundly sorry".

A number of other allegations relating to unreasonable behaviour by Mr Byrne and pressure to work excessive hours were not upheld, the report found.

The investigation was started almost two years ago after complaints were made by the MP's former assistant David Barker to the Independent Complaints and Grievance Scheme (ICGS).

The recently-appointed body rules on bullying and sexual harassment complaints in the Commons and has now published its findings.

Mr Barker, a Labour party member who runs the food bank Baby Aid Birmingham, began working for Mr Byrne on a series of short-term contracts in April 2019, but lodged a complaint about him a year later. He agreed to be named in the report.

The independent expert panel report said: "The respondent's [Mr Byrne's] decision not to engage with the complainant following what he perceived to be acts of misconduct was not, as he argued, a reasonable HR strategy. It was bullying.

"He should, as he now accepts, have tackled any alleged misconduct through a proper disciplinary process not by ostracising the complainant."

Speaking exclusively to BBC Midlands Today, Mr Barker said his experience had had a terrible impact on his mental health and had left him in fear of how he would be judged by future employers and within the party.

"When I contacted the ICGS I was devastated and increasingly isolated," he said.

"I knew my job was over and nothing could be done to get it back, but now my career in Labour was at risk too because I had no reference."

Mr Byrne, who has held his seat since 2004, served as a member of the Cabinet in Gordon Brown's administration and was chief secretary to the Treasury from 2009-2010. Before that he served in a number of other ministerial jobs.

In a statement, he said he accepted he "did not resolve the dispute correctly with a proper disciplinary process", and failed to fulfil his "obligations as an employer and Parliament's Behaviour Code".

He also accepted it was a breach of Parliament's Behaviour Code, which he said he fully supported and thanked the panel for accepting his "genuine remorse".

It had been "a valuable lesson for me and one I am determined to learn as me and my team seek to offer the best possible service and voice for the residents of Hodge Hill", Mr Byrne said.

The BBC understands a separate allegation that parliamentary staff and funds were used to support Mr Byrne's mayoral campaign has been made to the Independent Parliamentary Standards Authority (IPSA). If found to be true this would be a breach of parliamentary rules.

In a letter, Mr Byrne's lawyers said this allegation was not new and was not currently being investigated by IPSA. He categorically denied any breach of the rules. 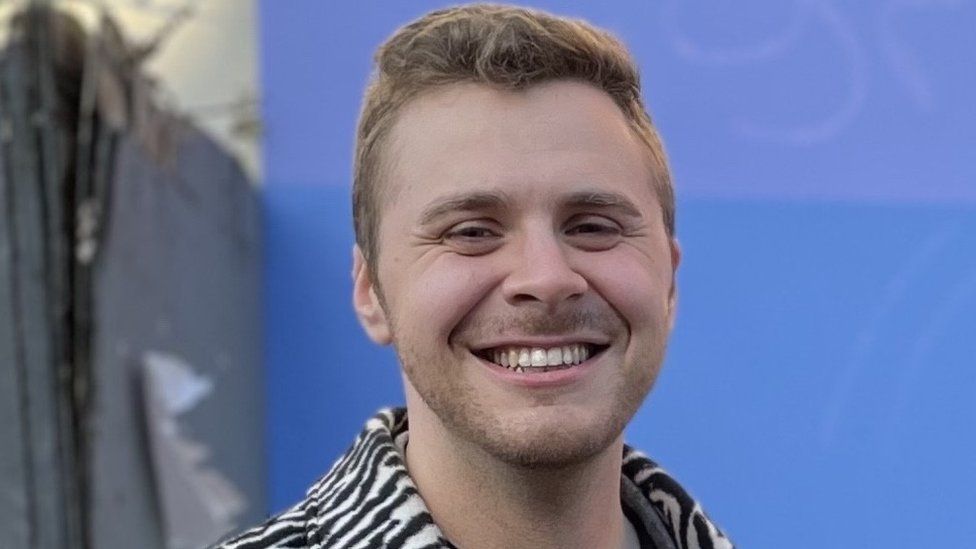 Mr Barker, who claims he was paid via the parliamentary system, said his work for the MP had related almost entirely to his mayoral campaign.

He said he had raised this with Labour figures but added the issue had never been resolved.

In response to the ICGS findings, The Labour Party said it "fully supports the recommendations of this independent report, including the proposed sanction".

In his evidence to the investigation, Mr Barker said Mr Byrne had begun excluding him following a minor disagreement about being able to continue food bank collections in the days leading up to the first Covid lockdown in March 2020.

Mr Barker was sent home and then ignored by Mr Byrne in WhatsApp communications within the team during lockdown and when he contracted Covid-19, he said.

He was subsequently signed off work with stress on 4 June and Mr Barker said Mr Byrne had made no efforts to contact him, before a colleague informed him a month later his contract would not be renewed. 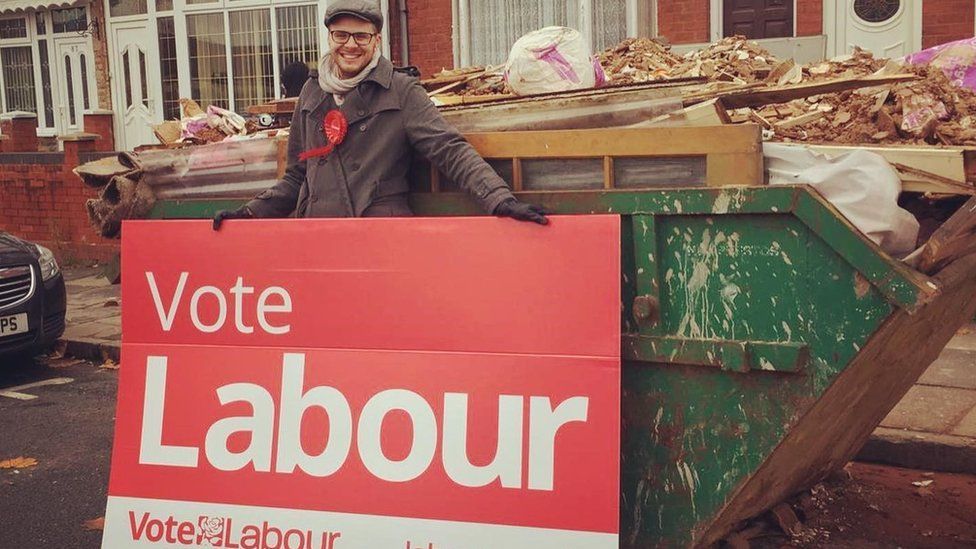 "When Liam first stopped talking to me, my colleagues and I assumed he just needed a couple of days to calm down and apologise," he said.

"I gave it a couple of weeks, but during that time he ignored me telling him I had Covid-19 symptoms on six separate occasions."

Mr Barker, a Labour candidate for the upcoming local elections in Birmingham on 5 May, added: "I then grew anxious that something deeper was wrong and I was uncertain of what to do next without losing my job."

The report said Mr Byrne removed Mr Barker's access to the MP's social media accounts and "wiped" a work mobile being used for the mayoral campaign.

It found Mr Byrne's decision to disable Mr Barker's access to his parliamentary IT account had a "punitive" effect. This was "disproportionate and amounted to malicious behaviour".

Mr Byrne claimed he had passed line management of Mr Barker to his office manager in London, but the member of staff denied that had taken place and the report stated the panel did not find Mr Byrne's account convincing.

Standards commissioner Ms Stone, who reviewed the investigators' findings for the panel, also concluded Mr Byrne did not co-operate with the investigation in a satisfactory manner, which led to "unacceptable" delays.

Separate to the ICGS investigation, a number of Labour sources have expressed concerns to the BBC about Mr Byrne's behaviour towards both Labour staff and his team.

A senior figure who asked to remain anonymous said: "Anyone who knows him, or has worked with him will not be surprised that this day has come."

Another former colleague said Mr Byrne could be "perfectly nice" but was "prone to fits of rage" which they had personally witnessed.

Like many MPs, he tended to hire young people who were keen and did not know the way they were being treated was not OK, the former colleague added.

A similar accusation was made by Mr Barker but was not upheld in the expert panel report.

Lawyers for Mr Byrne said the Office of the Parliamentary Commissioner for Standards and the Independent Expert Panel had both dismissed the allegation he could be "volatile" and "prone to fits of rage".

It was also "simply not true" Mr Byrne employed young staff who did not know the way they were being treated was not OK, they said.

"All staff are briefed on the parliamentary behaviour code which is on display in Mr Byrne's office," lawyers for the MP said.