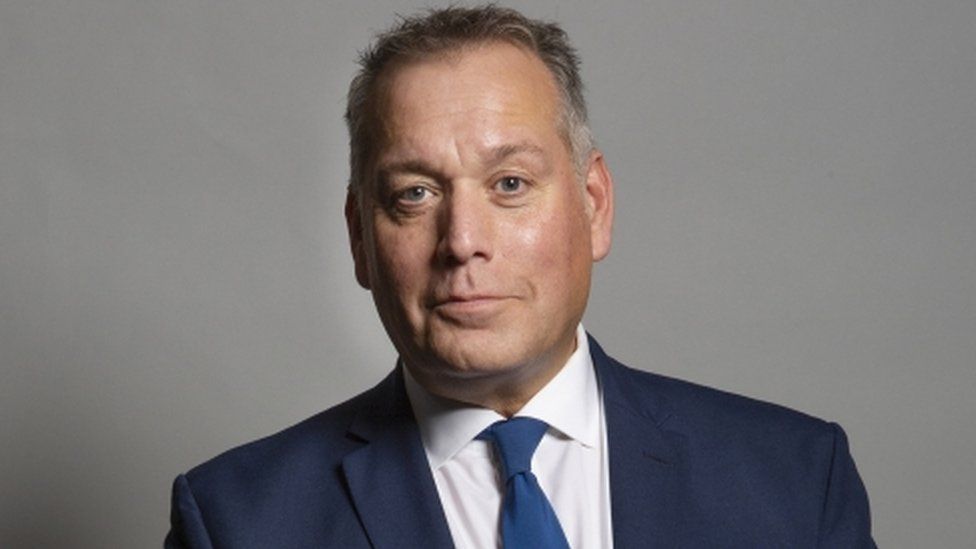 MP David Warburton has been admitted to a psychiatric hospital after a parliamentary investigation was launched into his conduct, his wife has told the BBC.

His wife, Harriet, said he had severe shock and stress.

The Conservative whips office said he had been suspended from the parliamentary party while the investigation was ongoing.

Conservative sources said there were three allegations of sexual harassment.

The investigation was launched by the Parliament's Independent Complaints and Grievance Scheme (ICGS) following allegations about Mr Warburton's conduct in the Sunday Times newspaper.

The newspaper also reported allegations that Mr Warburton had taken cocaine, and that he had failed to declare a £100,000 loan - taken out in 2017, and since repaid - from a Russian businessman.

Mr Warburton told the Sunday Telegraph newspaper he had not heard from the ICGS and that he had "enormous amounts of defence".

Asked about the allegations, Transport Secretary Grant Shapps said he had no further knowledge other than what the party had said, and what he had read in the newspapers.

"Obviously, any allegations like this need to be taken extremely carefully, but all the facts will need to be brought out as well," he told Sky News's Sophy Ridge On Sunday.

He is chair of the all-party parliamentary group on music and has previously been a member of the European scrutiny committee.

He lives near Somerton, in Somerset, with his wife and their two children, his website says.

How the process for complaints against an MP works


* The commissioner reviews the evidence and, if rules have been breached, they can demand an apology to the House of Commons or refer it to a separate independent expert panel if more serious sanctions are needed


* This panel, which does not include any MPs, decides on sanctions and hears appeals


* If it decides to suspend or expel the MP, this would need to be voted on by MPs