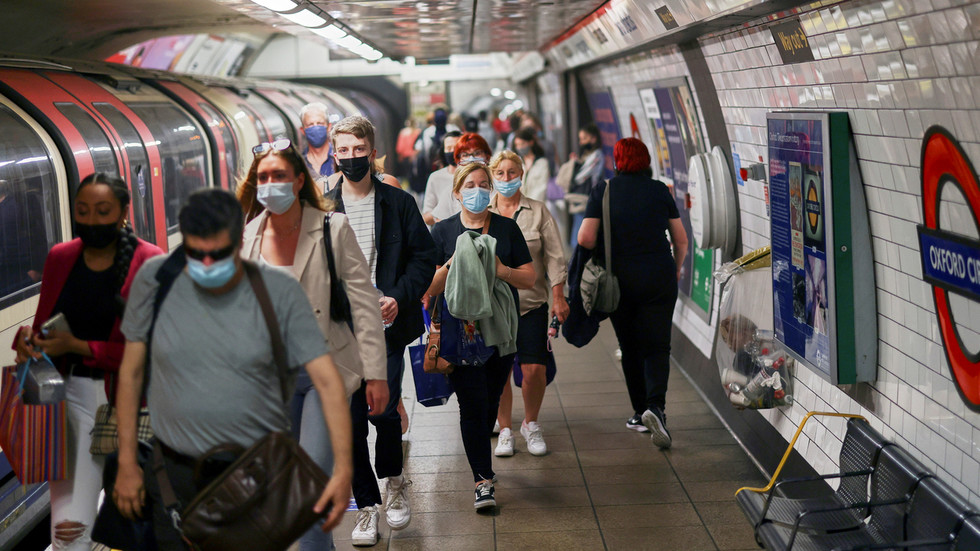 ‘Most’ of Britain’s coronavirus pandemic may be over by autumn, ‘Professor Lockdown’ claims

Epidemiologist Neil Ferguson has claimed that the “bulk” of the UK’s coronavirus pandemic may be over by October, noting that high vaccination rates have significantly lowered hospital admissions and deaths in the country.

During an interview with the BBC on Tuesday, Neil Ferguson, an epidemiologist from Imperial College London, stated that “the equation has fundamentally changed” thanks to the country’s wide vaccine rollout.

“The effect of vaccines has been huge in reducing the risk of hospitalisation and death… I’m positive that by late September, October time we will be looking back at most of the pandemic.”


The professor’s assertions came after the UK observed a six-day decline in coronavirus infections. Cases fell from some 46,500 to just below 25,000 on Monday. Alongside a dramatic fall in infections, hospitalisation rates are still below 1,000 admissions per day, and the daily death toll remains low.

While Ferguson’s predictions give room for hope, the epidemiologist stressed that Covid will not fully disappear and lives will still be lost to the virus. However, according to him, “the bulk of the pandemic” will be over in October.

This comes as something of a U-turn for Ferguson, as a day before England’s infamous July 19 ‘Freedom Day’, which saw almost all coronavirus restrictions ditched, Ferguson claimed that it was “almost inevitable” cases would reach up to 100,000 per day after unlocking. He also theorized that these figures could even potentially double to 200,000 a day.

Ferguson was dubbed as 'Professor Lockdown' for his advocation and involvement in the implementation of strict social distancing measures to curb coronavirus infections in spring 2020.

However, Ferguson resigned from his role as a government advisor for the Scientific Advisory Group for Emergencies (SAGE) in early May 2020 after meeting up with a woman from outside of his household. Despite his resignation, it was revealed that 'Professor Lockdown' continued to advise SAGE behind the scenes in a sub-group of the organisation called New and Emerging Respiratory Virus Threats Advisory Group in December 2020.

The UK has been badly hit by the coronavirus pandemic, but it boasts an impressive vaccination rate – over 88% of adults have received their first dose, with 70.5% fully inoculated. Since the outbreak of the pandemic, the country has recorded over 5.7 million cases and just under 130,000 fatalities, making the UK’s official death toll one of the highest in the world.