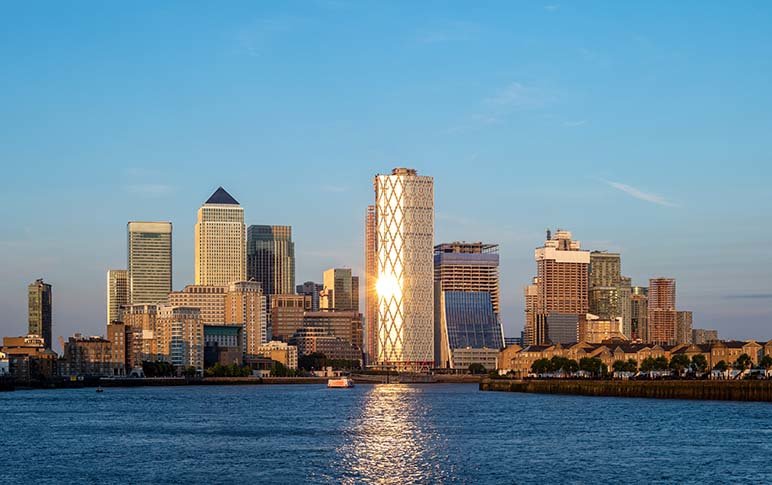 Morgan Stanley has kicked off its search for a major new London headquarters, providing a vote of confidence in the long-term resilience of the city’s virus-struck office market.

The U.S. bank has contacted a handful of developers as it weighs options for a potential move from its current premises in Canary Wharf, according to people with knowledge of the process. It’s seeking at least 600,000 square feet (about 55,740 square meters) of space and will likely focus on options in the east London financial district as well as developments in the City of London, the people said, asking not to be identified as the process is private.

The search is at an early stage and is unlikely to result in a deal until late next year at the earliest, with no certainty a move will take place at all, the people added. A spokesman for Morgan Stanley declined to comment.

Morgan Stanley would become the latest in a series of major investment banks to move to new premises in London as firms seek modern, efficient buildings that can help attract and retain staff, and keep a lid on costs. While the search for a potential new building comes several years before the bank’s current leases expire, there’s a scarcity of large new development plots in the capital, and putting up a building on such a scale would take years.

The onset of the pandemic and the smooth transition to home working for millions of employees prompted questions about the outlook for commercial workspace even after the health threat passes. But concerns about employee wellbeing, the ability to train younger staff, as well as productivity and oversight, have led many financial firms to conclude the office remains vital.

There are some rumblings of recovery. Barclays Plc is interested in taking office space at New York’s Hudson Yards, to replace its U.S. headquarters in Times Square, Bloomberg reported earlier this month. Brookfield Property Partners is close to locking in the first big tenant for its planned skyscraper in London’s financial district, while U.K. landlord shares were buoyed this week by KKR & Co. snapping up a stake in office owner Great Portland Estates Plc.

Morgan Stanley’s commitment to a major London office building would also help soothe fears of a post-Brexit banker exodus from the city, which was widely expected for some time but has failed to emerge.

But with London and New York’s financial centers still quiet, a growing number of lenders are looking at ways to permanently reduce office space. Deutsche Bank AG last week said it was working on a new “hybrid model” for how staff can split work between the office and their homes. Not everyone is so keen: JPMorgan Chase & Co. CEO Jamie Dimon has warned that staff productivity will eventually slip if employees work remotely for too long.

Morgan Stanley currently occupies about 800,000 square feet of space across two buildings in Canary Wharf. One option being considered is to move into a single large new premises, bringing all of its London staff together. The bank could also look to take a smaller premises in the pricier City of London district, as well as a larger building near its current Canary Wharf base, the people said.

Modern office buildings are designed to squeeze more employees into less space, meaning the bank could shift to a smaller premises without reducing headcount.