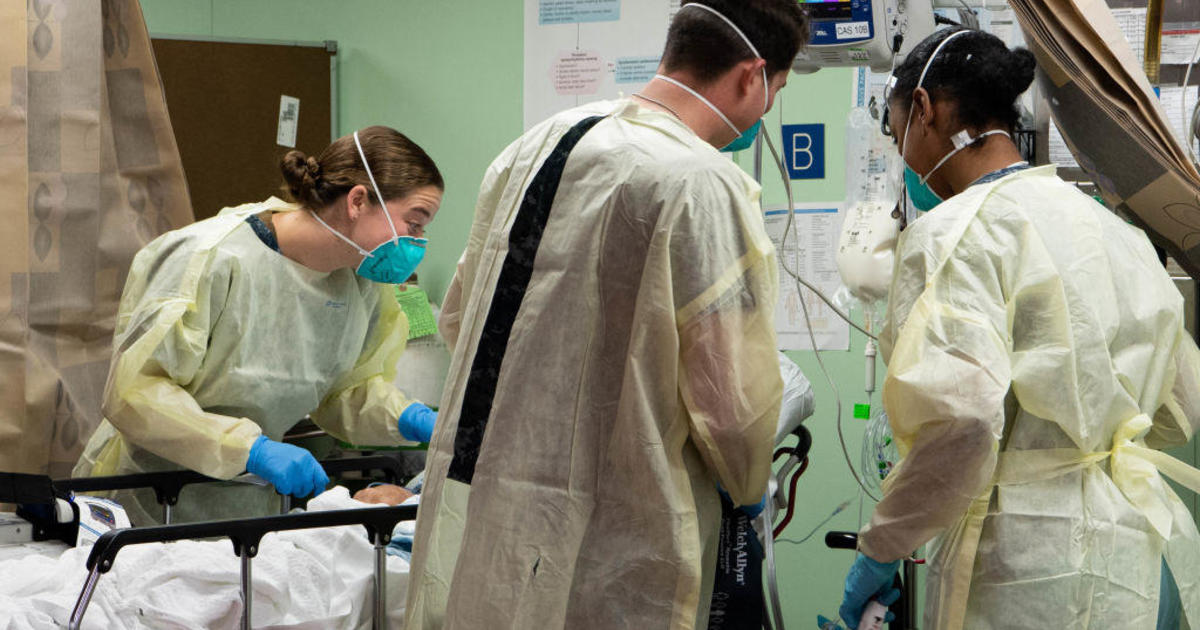 A CDC study released Wednesday found that over 80% of the COVID-19 patients hospitalized in Georgia last month were black. It's the latest analysis showing that communities of color are being hit disproportionately hard by the coronavirus.
The study comes just days after Georgia Governor Brian Kemp started reopening some of the state's businesses - a move condemned as premature and dangerous by local black leaders as well as public health officials and even President Trump.

The study from the CDC, which is headquartered in Atlanta, surveyed eight hospitals in the state - seven in the Atlanta metro area and one southern Georgia. In the sample of 305 COVID-19 patients who were hospitalized in March, 247 - or 83.2% - were black. By comparison, 32 patients (10.8%) were white, 10 (3.4%) were Hispanic and eight (2.7%) were Asian or Pacific Islander.

"The proportion of hospitalized patients who were black was higher than expected based on overall hospital admissions," the study says.

The study stressed the importance of considering racial groups hit harder by COVID-19 in the response to the crisis.

"It is critical that public health officials ensure that prevention activities prioritize communities and racial groups most affected by COVID-19," the study says.

Overall, African Americans make up more than 36% of confirmed coronavirus cases in Georgia, according to the state's health department, slightly higher than their 32% share of the state population. And Georgia is hardly alone in seeing its black residents suffer the highest toll.

In Maryland, black people are 31% of the population but nearly 45% of probable coronavirus deaths. In Louisiana, they are 33% of the population and 56% of deaths. Major cities including New York, Chicago, Detroit and Washington D.C. have also reported racial disparities in cases.

Georgia is one of the first states to start easing stay-at-home restrictions during the pandemic, with some businesses including gyms, hair salons and bowling alleys opening last Friday. Movie theaters and restaurants with dine-in service reopened this week.

The state's death toll from the virus crossed 1,000 on Tuesday. As of Wednesday evening, Georgia has reported at least 25,623 confirmed cases and 1,096 deaths.

Atlanta Mayor Keisha Lance Bottoms told CBSN last week that she feared the governor's rush to reopen would prove to be "deadly" for many people in her community.

"What I've said is, I hope the governor is right and I'm wrong," she said. "Because if he's wrong, more people will die."
#COVID-19  #Covid  #Coronavirus
Add Comment