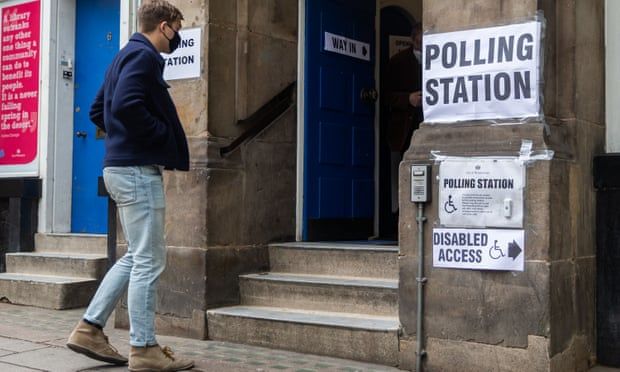 More than 2 million UK voters could lack the necessary ID to take part in future elections, according to a government analysis of its flagship bill on voting rights, spurring warnings that “decades of democratic progress” risk going into reverse.

The plan for mandatory photo ID at elections – a central element of Tuesday’s Queen’s speech – risks disproportionately hitting older, disabled and homeless voters who are less likely to have such documents, critics said. US civil rights groups have warned it amounts to Republican-style voter suppression.

It forms part of wider government plans to reform the electoral system, including new curbs on postal and proxy voting, and repealing the act which sets general elections at five-year intervals, making it easier for Boris Johnson to call an early general election before 2024.

Other key features of the pared-back Queen’s speech were:

*  A series of bills aimed at newer Conservative voters in the north of England and Midlands, including an expansion of adult education, looser planning rules for housebuilding, and investment in areas such as broadband and 5G, rail and buses.

*  A crackdown on the right to challenge the government in the courts, new rules to make claiming asylum harder and a proposed law to allow speakers who have been “de-platformed” in universities to sue for compensation. The controversial police, crime, sentencing and courts bill also adds restrictions to the right of protest.

*  No sign of promised social care reforms, with only a vague pledged that proposals “will be brought forward”. In measures to tackle obesity, advertising foods high in saturated fat, salt or sugar will be subject to a 9pm watershed on TV and a total ban online. An online safety bill promises to compel social media firms to protect child users better.

Details of the voter ID plans, set out by the Cabinet Office, show the range of possible photo ID types has been expanded from initial trials, where only passports, driving licences or ID cards were permitted, to include ID such as travel passes and blue badge disability parking permits.

A newly released UK-wide study, commissioned by the Cabinet Office, found that while 98% of adults possessed at least one of these types of ID, this fell to 96% where the photo was still definitely recognisable – a necessity for use in elections – meaning about 2.1 million people risked missing out.

The study showed the disproportionate impact of voter ID rules on certain groups and the likelihood of the law putting them off voting, even with a promised plan for councils to offer a free “voter card” to those needing one.

Opponents say the offence of impersonating another voter at a polling station is virtually nonexistent across the UK. From 2010-16, spanning two general elections and the EU referendum, there were 146 allegations with seven people convicted, five in a single case.

The proposals prompted alarm from a range of groups. Age UK said it “risks being a barrier to some older people exercising their democratic right to vote” while the homelessness charity Centrepoint called for more effort to stop vulnerable and low-income people “being potentially excluded from having a say at the ballot box”.

Cat Smith, Labour’s shadow Cabinet Office minister, said the government was “reversing decades of democratic progress” and urgently needed to rethink this “pointless policy”. “Voting is safe and secure in Britain,” she added. “Ministers should be promoting confidence in our elections instead of spreading baseless scare stories which threaten our democracy.”

Johnson’s spokesperson defended the ID measures as proportionate, saying: “We think showing identification to vote is a reasonable approach to combat the inexcusable potential for voter fraud.”

The plans also face a potential obstacle in the courts. Neil Coughlan, a 68-year-old from Essex who has no photo ID, has been fighting a crowdfunded legal case against the proposals since pilot schemes began in 2019, backed by groups including the LGBT Foundation, Stonewall and the Runnymede Trust. He has been granted permission to take his case to the supreme court.

The wider Queen’s speech was described by Johnson in the Commons as taking the UK “forward with superb infrastructure and with a new focus on skills and technology” but was condemned by Labour as lacking ambition or vision.

Presented by the Queen in a pared-down ceremony with only 74 people allowed in the Lord chamber to hear it, the list of more than two dozen proposed laws combined interventionist economics with more openly populist moves.

Responding to Johnson in the Commons, Keir Starmer said the government was failing to grasp “the urgency and the scale of the transformation that is needed” after the Covid pandemic.

The Labour leader pointed to President Joe Biden’s programme for rebuilding the US economy as he claimed Johnson was “papering over the cracks” and too focused on “short-term gimmicks and distant promises”.

“The government still doesn’t understand what went wrong in the past decade, and has no plan for the next,” Starmer said. He lamented the lack of a jobs plan in the speech, and of the long-promised employment bill to bolster rights at work.

“Even before the pandemic, Britain needed transformative change: to reset our economy, to rebuild our public services, to strengthen our union and our democracy for decades to come,” he said.

In reply to Starmer, the prime minister said his plans for the next parliament would help the UK to “bounce back better” from the pandemic, saying: “This government won’t settle for getting back to the way things were.”