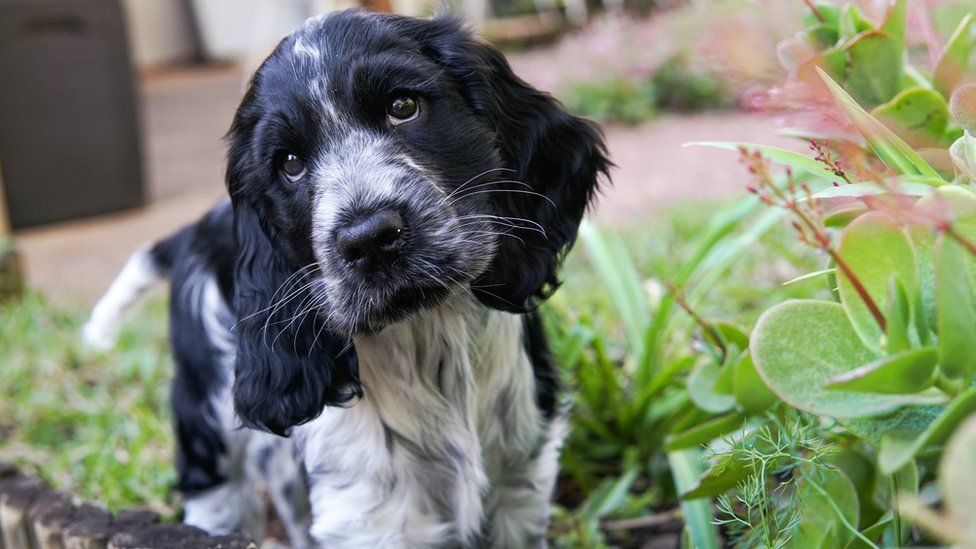 More people trying to give up their lockdown dogs, says charity

More people are considering giving up their dogs for adoption since coronavirus restrictions were lifted, according to a dog welfare charity.
The Dogs Trust said it had seen a 35% increase in calls related to giving up dogs in the last few weeks.

It said that people were reconsidering owning a pet as their circumstances changed post-lockdown.

The sales of pets in the UK has soared since the start of the pandemic, when more people spent time at home.

The price of puppies more than doubled during lockdown, with dogs costing almost £1,900 on average.

The Dogs Trust said it had witnessed a significant spike in pet owners considering adoption following the announcement that most Covid measures were being lifted in England on 19 July.

It said traffic to the "giving up your dog" pages of their website had increased more than 180% in July compared to pre-pandemic visits in February 2021.

There was also an 100% increase in traffic in July compared to what it had seen six months earlier in February.

Owen Sharp, the charity's chief executive, said: "Following the boom in pet ownership during the pandemic which saw millions of us delighting in the companionship of a dog, today's figures have sadly come as no surprise to us.

"As owners' circumstances change, puppies grow into boisterous 'teenagers' and the country unlocks, many owners are being forced to reconsider the place in their lives for their pet."

The charity, which has launched a National Dog Survey - a census of dog owners - said it expected to see an increase in the number of dogs it receives in the months to come, describing it as a "looming crisis".

Earlier this year, the Pet Food Manufacturers' Association said a total of 3.2 million households in the UK had acquired a pet since the start of the pandemic.

Young people were the main drivers of this trend, it said, with more than half of new owners aged 16 to 34.

There are now about 34 million pets in the UK, including 12 million dogs, the association said.

The RSPCA previously warned the boom in pet ownership could turn into a "crisis" for those animals once their owners returned to work after lockdown and could no longer give their pets so much attention.
#Coronavirus  #Covid
Add Comment