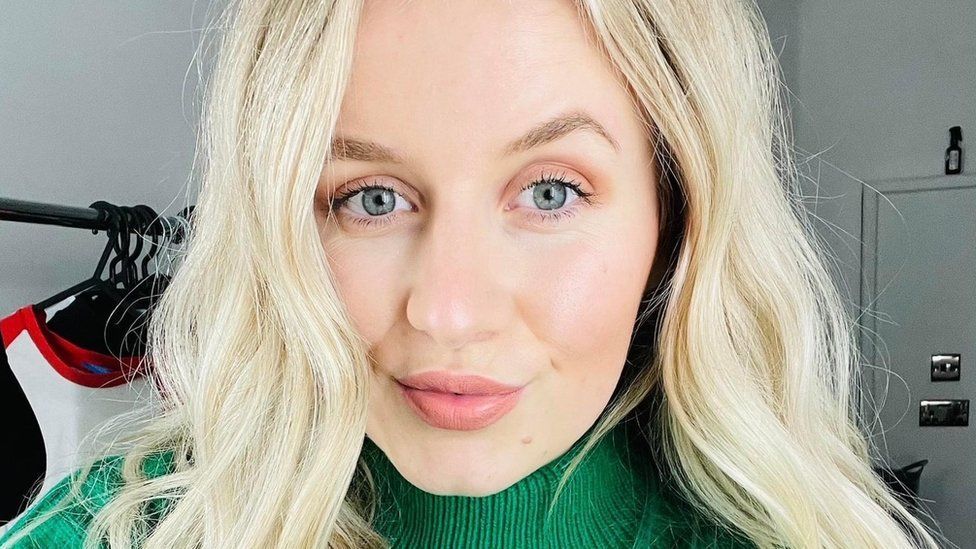 "Missguided is my little treat," said Beth Harvey who orders about once a month. But when her latest fashion parcel didn't arrive she joined a queue of customers left chasing their orders and refunds.

"I've always loved the quality of the clothing especially for a curvy woman," said the 25-year-old, who orders different styles and sends back what she doesn't need.

But in April she noticed her refunds weren't going through and in May her parcel didn't arrive at all.

Then came the news that the fast-fashion retailer had collapsed because it owned millions of pounds to suppliers.

Missguided and its sister brand, Mennace, have now been bought by Sports Direct owner Frasers Group.

It is understood 87 staff have been made redundant and 147 are expected to move over to Frasers.

However, many customers with outstanding orders and refunds say they are still in the dark. 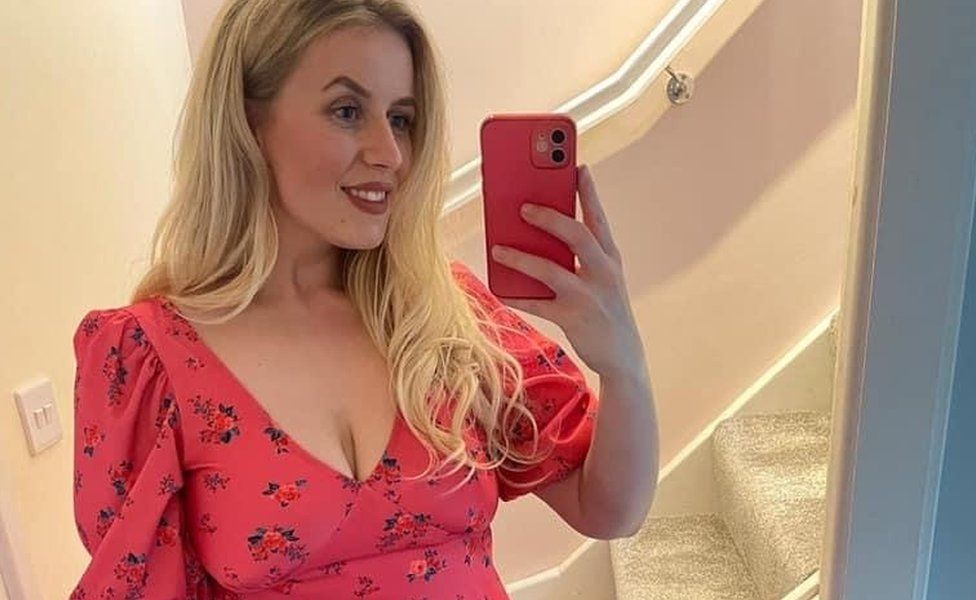 Beth Harvey said she felt let down by Missguided

For the next eight weeks, administrators Teneo will run Missguided before its new owners take over. But Teneo won't comment on whether it will clear the backlog of customer complaints.

Meanwhile, the Missguided website is still advertising offers and taking orders despite reports that its warehouse shut down last Thursday.

When Miss Harvey asked what had happened to her order she was told an IT issue had delayed the delivery and it would get to her.

The BBC has seen multiple examples of similar messages from Missguided to customers.

But an insider claims staff were told orders were not being processed and should be cancelled and refunded with a generic response blaming IT issues.

"All orders are ultimately stuck in limbo and are being refunded if customers contact us," they said. 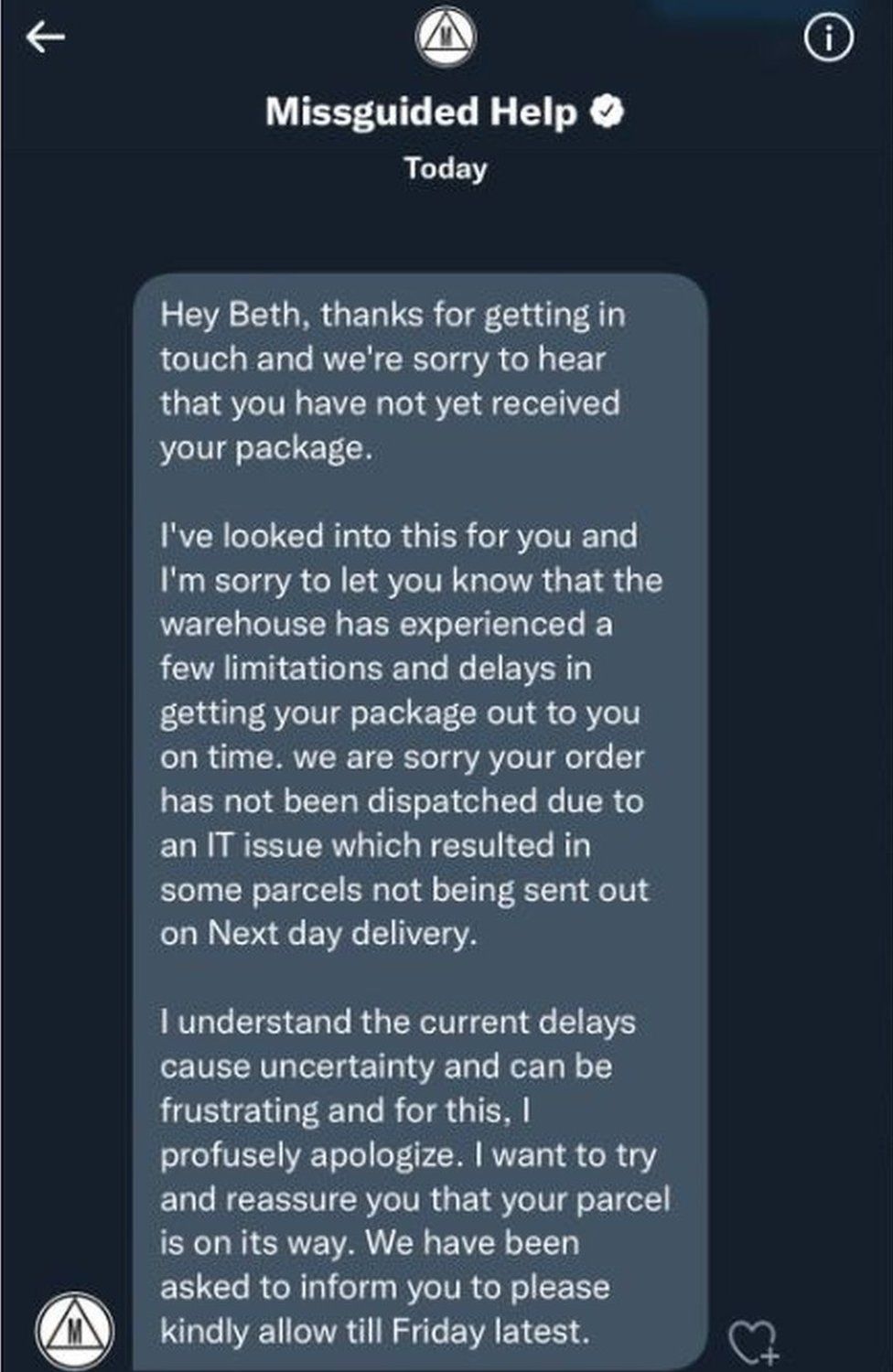 On Friday Miss Harvey spotted a 50% discount so ordered almost £100 worth of dresses hoping to find "the one" for an upcoming night out.

But her clothes have have not arrived. Miss Harvey, from Derbyshire, managed to get a refund through buy-now-pay-later service Klarna.

"It's disgusting how they've left so many women in the dark," she added. "I'm an NHS worker, who works hard for their cash and I was getting really frustrated at the fact that they'd taken my money easily but it was a nightmare to get it back." 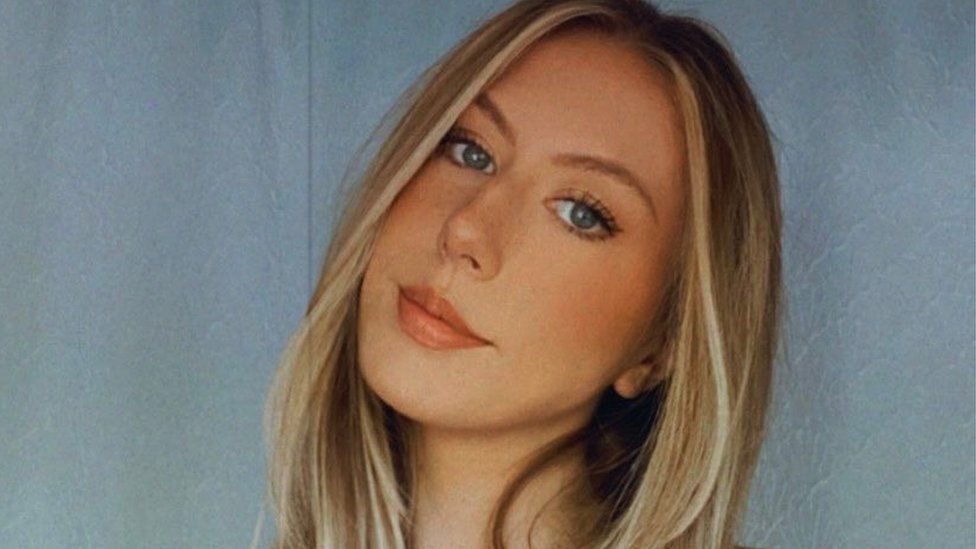 Jenessa Sawyer, 23, from Maine in the US said she buys from Missguided "religiously" and loves their activewear and dresses.

"They're fast fashion which is convenient but the quality is pretty good and there are a good amount of options," she said.

The mum-of-one explained she was "enticed" by discounts and placed an order costing just under $100 for summer clothes on Missguided's US website.

When she did not receive an order confirmation or her parcel she checked the app.

"The app wasn't working so I went to the website and there's absolutely nothing, it's like it never existed," she said.

She added the only online presence she could find for Missguided was on Twitter, where she came across many messages from other unhappy customers.

"It seems they're still taking orders and advertising discounts on the UK site," she said.

"It's strange to me as it's a big company, you feel you can trust them, you don't expect them to take off with your money."

Miss Sawyer said she had not received a confirmation of her order from Missguided, so the only proof of her payment was with buy-now-pay later service Afterpay. 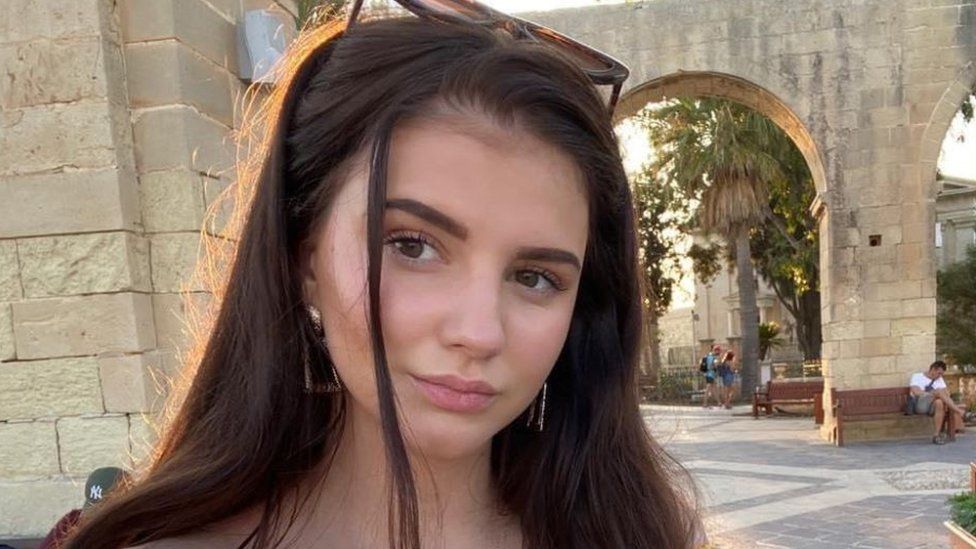 Beth Davies, a 24-year-old business support manager from Sheffield, said Missguided was her go-to when she was looking for an outfit for a wedding on Saturday.

She ordered 10 items totalling almost £200 to give her options to try on and send back.

When she didn't receive a dispatch note or her parcel she tweeted Missguided to find out what was happening.

The Manchester-based company replied saying an IT issue meant her order had not been sent by next day delivery.

The message said: "I want to try and reassure you that your parcel is on its way…allow until Friday."

By then the news of Missguided's collapse had broken with i newspaper reporting the warehouse had been shut since Thursday - two days before Miss Davies placed her order.

"Yesterday I was at work feeling so frustrated. They said it's on the way when that's clearly a lie if the warehouse has been shut since last week," she said.

"So as it stands, I am assuming they haven't sent my items, but they happily took my money. I have asked them to cancel both orders, but haven't had a reply.

"I paid by PayPal so hopefully I will have some protection, I certainly can't afford to lose £200."

Missguided's new owner Frasers Group said administrator Teneo was responsible for the running of the business for the next eight weeks.

Teneo declined to comment on any of the claims made by customers and insiders to the BBC.