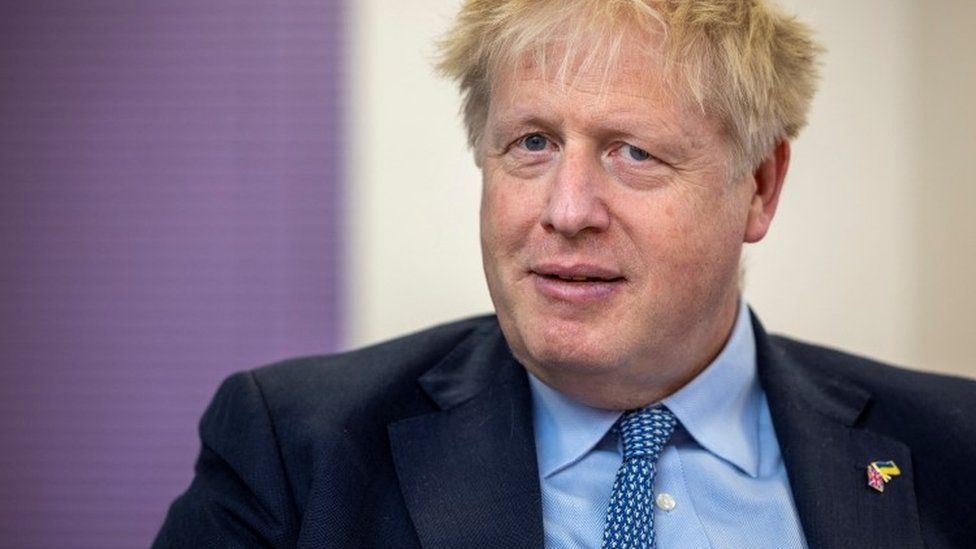 Ministers who break standards rules in a "minor" way will not be expected to resign or face the sack, under new government guidelines.

It has long been a convention that MPs should quit government for breaking the Ministerial Code in any way.

But in a new section of the code, the PM has been given the option of ordering a lesser sanction instead.

Labour has accused Boris Johnson of "watering down" standards in public life.

The changes follow a review of the Ministerial Code by advisory body the Committee on Standards in Public Life, which made a series of recommendations for reforms in a report.

The contentious reforms come as Prime Minister Boris Johnson faces an inquiry by a committee of MPs into whether he misled Parliament about lockdown-busting parties in Downing Street.

Ministers who knowingly mislead Parliament will still be expected to resign, with the code saying: "It is of paramount importance that ministers give accurate and truthful information to Parliament."

But for the first time, the code has introduced the idea of a "minor" breach and sanctions "which the prime minister may decide to issue in a given case".

Under the new rules, possible sanctions for breaching the code could include a "public apology, remedial action, or removal of ministerial salary for a period".

In a statement, the government says it would be "disproportionate" for a minister to lose their job for "any breach" of the ministerial code.

The prime minister is responsible for enforcing the code, based on advice from his standards adviser Lord Geidt, who investigates potential breaches.

In the updated code, Mr Johnson has written a new foreword which mostly focuses on his government's priorities rather than ministerial standards.

She told BBC Radio 4's PM: "He's acting like a tin pot despot - I have never ever witnessed in my entire life a prime minister of any political persuasion behaving in such an outrageous way and it just completely undermines our democracy."

Asked to comment on the changes, Tory MP Sir Bob Neill, who has submitted a letter of no confidence in the PM over Partygate, told BBC News: "I certainly don't think that is a wise move and certainly not a good time to be doing this."

The SNP's deputy Westminster leader, Kirsten Oswald, said: "This move strikes at the very heart of our democracy and will threaten the ability to scrutinise the prime minister for years to come."

Lib Dem chief whip Wendy Chamberlain said the changes to Lord Geidt's powers amounted to an "appalling attempt by Boris Johnson to rig the rules to get himself off the hook".

In other changes, Lord Geidt will now be able to launch his own investigations into alleged breaches of the code following "consultation" with the prime minister.

But updated guidance on the role says he still has to "consult the prime minister who will normally give his consent" for an investigation.

Previously, Lord Geidt had to wait until asked by the prime minister to start an investigation.

"However, where there are public interest reasons for doing so, the prime minister may raise concerns about a proposed investigation such that the independent adviser does not proceed," the new guidance says.

Lord Geidt said he expected to be given "considerably greater" authority, independence and power after conducting an investigation into the prime minister's flat refurbishment last year.

The peer cleared the prime minister of a conflict of interest, after it emerged that Conservative peer Lord Brownlow had donated £52,000 to help cover the costs.

Standards in public life are under scrutiny, as are the mechanisms for policing them.

Before Partygate, there was the saga of the prime minister's flat renovation - and that led to calls for Lord Geidt to get beefed-up powers of investigation.

He and Boris Johnson agreed to review the role, and now the government has updated the job description.

From now on, the independent adviser will be able to launch investigations into the behaviour of ministers - but with an important caveat.

He will still require the prime minister's consent before going ahead.

The revised Ministerial Code now states the prime minister will "normally" agree - unless there's a public interest reason for saying no.