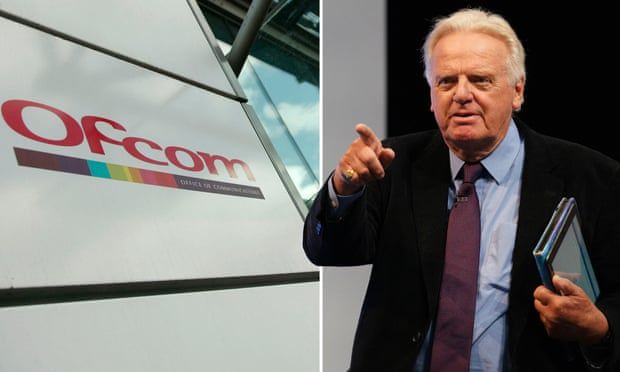 The former BBC chair will lead Ofcom, which will play a key role in regulating large social media platforms and search engines in the UK, as the body charged with implementing the landmark online safety bill. However, the digital, culture, media and sport committee said on Friday that it was concerned by Lord Grade’s admission this week that he does not use social media but is aware of how it works thanks to his children.

“His clear lack of depth when talking about social media and online safety gives us concerns,” said the committee in a report published on Friday, hours before the government confirmed his appointment. The Department for Digital, Culture, Media and Sport said Grade had been appointed by the culture secretary, Nadine Dorries, to the £142,500-a-year role for four years from 1 May.

The committee report added that it would be difficult to find a candidate with deep experience across the whole of Ofcom’s remit and expressed hope that Grade, 79, who has had a long career as a broadcasting executive, would receive advice on the technological aspects of his role.

“He appears to understand the importance of Ofcom’s new role in regulating the online space. It would be difficult to find a candidate with deep experience across the whole of Ofcom’s remit, and we hope that he will be well supported with the necessary advice to fulfil his role as chair.”

Despite concerns over perceived gaps in Grade’s knowledge, the committee’s Conservative chair, Julian Knight MP, said the candidate had impressed in a pre-confirmation hearing on Thursday. “Lord Grade impressed during the hearing and clearly has the character and gravitas for the role,” he said.

Knight added that Grade would bring a wealth of broadcasting experience to the three-day-a-week job, having held leadership roles at the BBC, ITV and Channel 4. The DCMS statement confirming Grade’s appointment referred to his “long career in broadcasting”.

The committee, which did not have the power to block Grade’s appointment, was scathing about the DCMS hiring process, which has taken two years and involved failed attempts to install the former Daily Mail editor Paul Dacre as chair. Knight said: “This shambles of a process gives us great concern about the department’s ability to run effective and impartial public appointment competitions.”

In a statement issued after Grade’s confirmation, Knight said the rapid appointment of Grade and that of Orlando Fraser as chair of the Charity Commission on Friday showed the appointments process was “broken”. “The fact that the DCMS department has taken only a matter of hours to put aside our concerns highlights once again that there are serious underlying issues at play here,” he said.

The report also expressed concerns about the department’s commitment to diversity, stating that the nine-person shortlist contained only three women, one candidate who identified as minority ethnic, and one candidate with a declared disability. It is understood that the commissioner for public appointments has written to the DCMS committee to offer assurances on the integrity of the selection process.

Grade had said that once he was confirmed he would resign the Conservative whip in the House of Lords and become a crossbench peer. In a written response to the committee, Grade appeared to warn that the online safety bill would not eradicate online harms overnight.

“There will be huge expectations that Ofcom will overnight reduce or even eliminate online harms as a result of the online safety bill. Until the bill has become law, it is hard to evaluate this risk or the expectations of Ofcom’s ability to ‘rein in’ the big online platforms.”
Add Comment