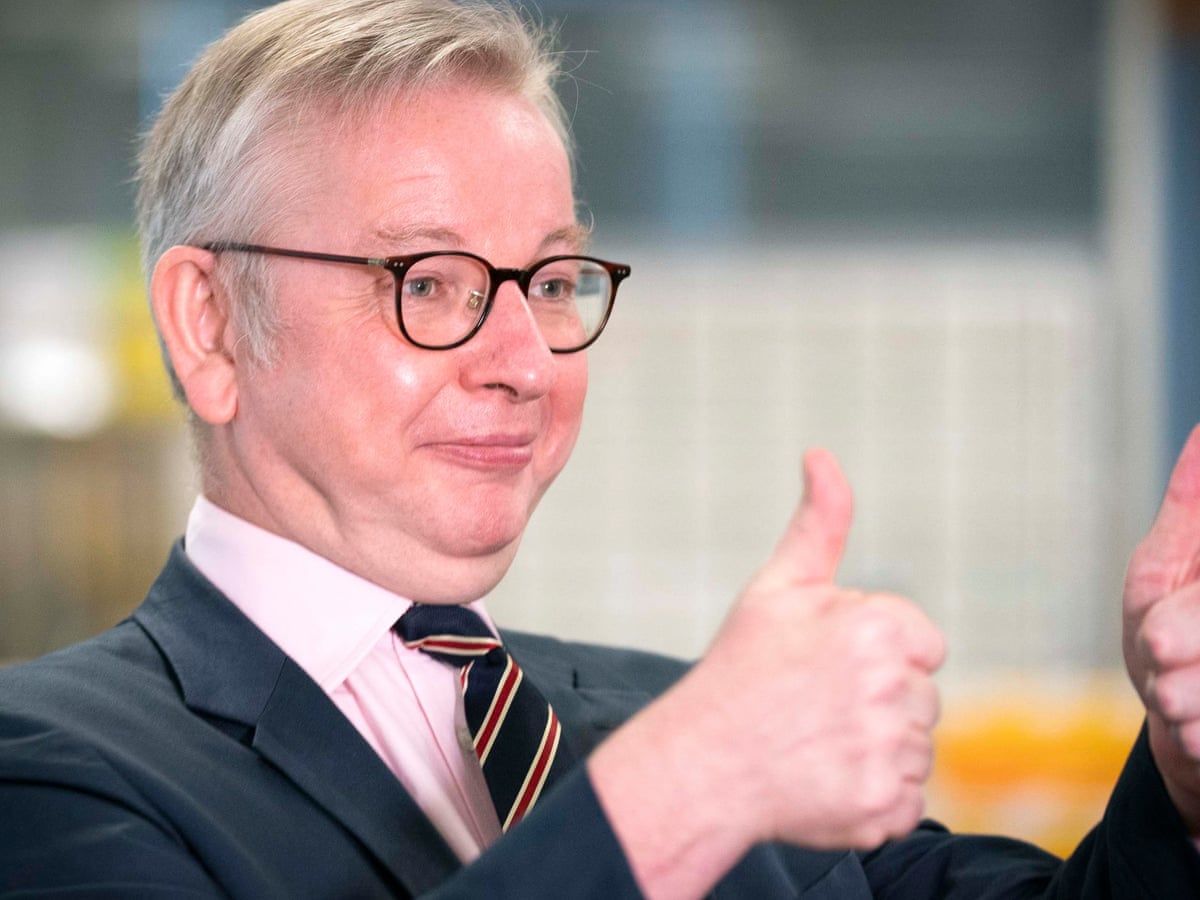 Arms aloft, suit jacket on, Michael Gove has been filmed giving it his all in an Aberdeen nightclub after reportedly trying to avoid a £5 entrance fee by stating that he was the chancellor of the Duchy of Lancaster.

Footage of the recently separated former Vote Leave supremo throwing shapes at 1.15am at Bohemia nightclub circulated on the internet on Sunday. His hands flailed wildly, and occasionally swung in time to the music, in the clip filmed by a fellow clubber. Friends of Gove denied that he had attempted to avoid paying.

The 54-year-old cabinet minister, who grew up in Aberdeen, was on a trip to see family when he apparently walked into O’Neill’s bar at 1.15am. After last orders were called, Gove was urged by drinkers to join them upstairs at the club Bohemia, where he reportedly stayed until at least 2.30am.

The club night, called Pipe, was described as “an unpredictable mix of the most high-energy UK and global club music scenes”. Adam Taylor, the manager of Pipe, told the Daily Record newspaper that Gove, who had been drinking downstairs, tried to walk past him without paying the entry fee.

“He was saying he shouldn’t have to pay because he is the chancellor of the Duchy of Lancaster. I told him that my co-manager, Nina Stanger, was upstairs playing Jungle and going hard. Michael said, ‘I love dancing’ – and did he ever.”

One witness claimed Gove was there by himself. Singer Emma Lament, 30, who had performed an acoustic set earlier in the night, said she “couldn’t believe what she was seeing” when the “merry” MP “rocked up” just before closing time.

She told the Record: “I’m almost sure he was by himself. I heard people saying, ‘He’s a Tory MP.’ Others asked ‘Who’s Michael Gove?’ and were Googling him.” She said Gove was still there at 2.30am, adding: “He really was enjoying himself, I don’t think he left the dance floor the whole time I was there.”

The footage emerged just as the cabinet minister was being tipped to replace Dominic Raab as foreign secretary in a reshuffle later this year or in early 2022.

Gove and the journalist Sarah Vine announced their separation two months ago after 20 years of marriage and are in the process of getting divorced. The pair said they remained close friends and would continue supporting their two children.

A friend of Gove’s confirmed that he had been to the nightclub, but said claims he attempted to avoid paying were not recognised. “He loves Aberdeen and its nightlife,” the friend said.

A statement from the Pipe club said: “Thanks to all the amazing people, and Michael Gove, who made it out for the first Pipe last night. We had a great time going in for four hours straight. Definitely blew some cobwebs away.”