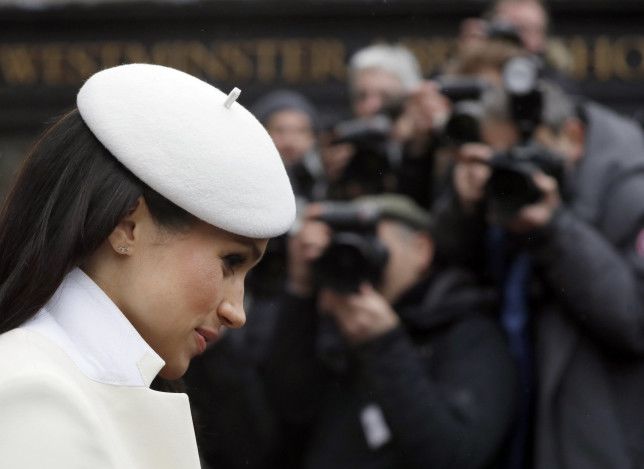 Meghan Markle opened up about the invasions of privacy she experienced after joining the royal family in a previously unaired clip of her bombshell Oprah interview.

The duchess recently won a legal case against the Mail on Sunday for publishing parts of a letter she wrote to her estranged father Thomas.

Oprah suggested she should have expected to lose a certain degree of privacy if she was going to date a royal.

Meghan disputed this argument, saying it was like expecting someone to share every photo on their camera roll just because they’ve posted one image on social media.

She said: ‘I think everyone has a basic right to privacy. Basic. We’re not talking about anything that anybody else wouldn’t expect.

‘If you’re at work and you have a photograph of your child on your desk, and your coworker says, “Oh, my gosh, your kid’s so cute. That’s fantastic! Can I see your phone so I can see all the pictures of your child?” You go, “No. This is the picture I’m comfortable sharing with you.” 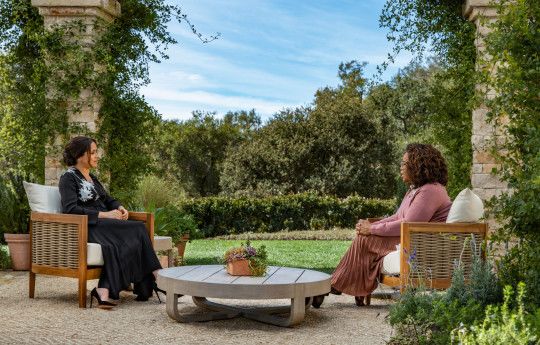 Meghan told Oprah ‘everyone deserves as basic right to privacy’

Alluding to how far the media has gone in invading her privacy, the duchess continued: ‘And then if they double down and say, “No, but you already showed me that one. So you have to show me everything. You know what, I’m just gonna hire someone to sit in front of your house, or hide in the bushes and take pictures into your backyard, because you’ve lost your right to privacy…because you shared one image with me”.’

Meghan said she was not asking for complete privacy but that there should be ‘boundaries and respect’.

‘There’s no one on Instagram or social media who would say “because I shared this one picture, that entitles you to have my entire camera role go ahead and look through it”,’ she said.

‘No one would want that. So it’s about boundaries. And it’s about respect.’

The clip was released on Oprah Magazine.

It comes amid the dramatic fall-out from the two-hour tell-all interview that saw Meghan and Harry make a number of explosive revelations about life as working royals.

Buckingham Palace is said to be holding crisis talks as it reels from stinging allegations of racism and neglect over mental health issues.

The Duke and Duchess of Sussex claimed that one person raised concerns about the colour of son Archie’s skin but refused to name who said it. Winfrey clarified later it was not the Queen or Prince Philip.

Meghan also alleged that her pleas for help after feeling suicidal were ignored by palace officials and Harry said his father Prince Charles had stopped answering his calls.

The Royal Family is yet to officially respond to the claims.

Prince Charles dodged questions about the interview with a ‘nervous chuckle’ as he was seen for the first time since it was broadcast.