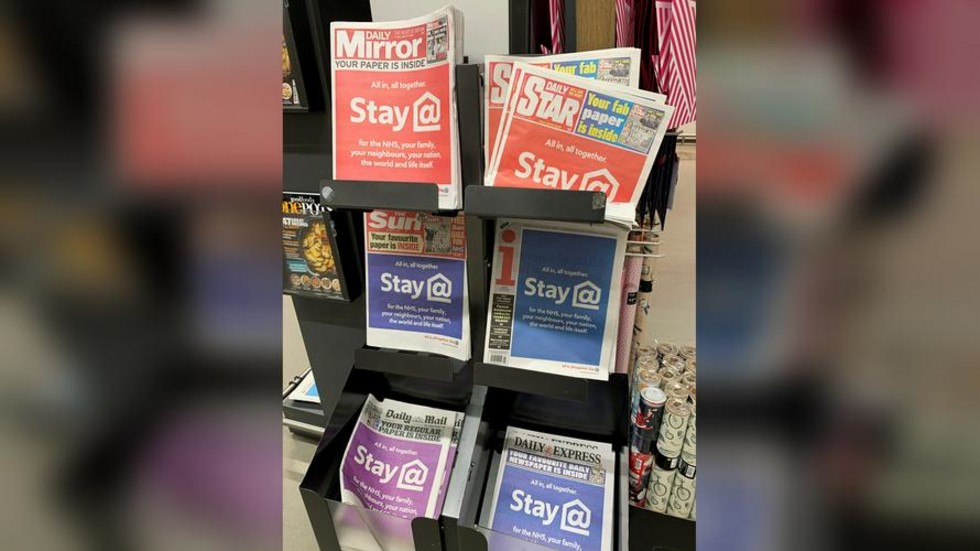 The organisation claims its numbers are growing as current and retired journalists join. Their ethos is that only one side of the Covid-19 story is reported and the government isn't being questioned enough by the mainstream media.

A counterinsurgency is underway in the British media. Holding The Line is a group who bill themselves as ‘Journalists Against Covid Censorship’. They are not anti-vaxxers or Covid-deniers but do feel the mainstream media is only allowing certain themes and tropes to be reported. Most importantly, they are adamant that UK citizens have been manipulated and gaslighted by the government’s Scientific Advisory Group for Emergencies (SAGE).

One of HTL’s spokespeople, Sonia Elijah, said to RT.com: “Unfortunately, I feel the UK public have been part of a mass behavioural science experiment because these behavioural scientists know full well the power of fear. You can really control someone’s behaviour through fear.”

I feel fearmongering has really gone on in the media like the government’s Project Fear advertising campaign about if you leave your house people can die, and they did a Look Me In The Eyes campaign. If you look at the early meetings that SAGE did last year in the minutes, they did look to use the media to increase the sense of personal threat, so the media were used as a tool for fearmongering, that’s a fact.”

This fear and control is what Holding The Line wants to rally against.

Elijah said: “We feel there’s only been one official Covid narrative that has been pushed onto the public through the mainstream media. As journalists, our role is to present all the facts, not just select a few.”

Some members of the group are anonymous, for fear of losing their jobs but they are from a cross-section of the industry. The plan is to expand and begin to release their own content online to beat the censors. Elijah, an independent investigative reporter, witnessed the censorship first hand when YouTube removed a video of her interviewing Dr Robert Malone.

She explained: “I think I’m the only UK journalist to have done so as yet, he is a vaccine expert and the inventor of mRNA technology. He’s undergone systematic attacks; his whole profile is being erased online. I posted the interview on YouTube and within three hours it got taken down for violating their policy, there was nothing on it that was to do with any kind of conspiracy theory.

It was very fact driven, he was measured in his responses but because he mentioned people having adverse events from taking the vaccines, that was probably one of the reasons it got taken down. People working in the mainstream media have found a lot of their stories being blocked or censored, or just not getting published, it's a problem.”

Holding The Line is particularly concerned with mixed messaging. Some attribute this to the changing demands of a global pandemic, but they feel there is also a more sinister reason.

Taking aim at England’s Deputy Chief Medical Officer Professor Jonathan Van-Tam, Elijah added: “When the pandemic first broke, he was saying over his 15 years, there has been no evidence of masks presenting any transmission of a virus and then they did a U-turn weeks later and mandated masks, so you’re getting this sort of flip-flopping happening. Journalists need to ask, why is this happening?

I covered the anti-lockdown protests that were hardly covered in the mainstream media in the early days and if they were covered by the BBC, they were covered as anti-vaxxers, conspiracy theorists and they were a small group of a few thousand. When, in fact, I attended one of these protests and there were hundreds of thousands of people there from all different backgrounds.”

Virtually everyone concedes Britain has reacted ineptly to the pandemic, with over 130,000 dead but, according to Elijah, issues around testing go beyond naivety.

She took a look herself at the lateral flow tests that are being used by millions of Britons and made a startling discovery.

“These tests are produced in China by Xiamen Biotime Biotechnology, their original manufacturer,” she explained, “but they have been rebranded by Innova which is a US start-up company that has no background in any medical field and they were started up just around the time the pandemic started. They are wholly owned by Pasaca Capital which is a venture capital group funded by a US/Chinese billionaire.

The UK government has spent£3.2 billion in procurement and buying these tests. The Innova lateral test was then rebranded by the NHS, school children were given these kits and they were branded as NHS but this is the history behind it. They were proven to be highly inaccurate and very unreliable, they actually have false positive and false negative results.”

Due to issues around the tests, in June the US Food and Drug Administration (FDA) urged Americans to stop using them. They advised the population to place “them in the trash” or return them to Innova. Elijah added: “Our equivalent in the UK, the MHRA (Medicines and Healthcare products Regulatory Agency) ignored what had happened in the US and have continued to extend their emergency authorisation use for these tests. They are saying they have done their assessment and are satisfied, but they’re not publishing their findings, so they’re not being forthcoming. There are so many scandals and the people who have benefitted from these contracts have made billions.”

Pertinently that’s what Elijah thinks is behind a lot of the perceived Covid censorship: money. With many media companies struggling financially, they are clinging even harder to the backers. For example, Rupert Murdoch’s successful tabloid The Sun (once the biggest selling British newspaper) was recently given a value of zero, after Covid-19 contributed to a £200 million loss.

Elijah explained: “You have to look at who funds the mainstream media, the amount of advertising revenue they make, their sponsors, and a lot of them don’t want to bite the hand that feeds them. The independent platforms have the freedom to tell the whole story, they are not being restrained whereas in the mainstream media, you have to follow the money.

There is sort of a war on information going on right now, it’s a shame for journalists to be gagged in a way. We need to level the playing field. We are promoting best journalistic practice as a group and we feel there needs to be more room for a balanced debate, that’s what has been sorely missing in this whole Covid world.”

Other themes that Holding The Line say have been omitted from mainstream platforms are the Great Barrington Declaration and the drug Ivermectin as a way to fight Covid-19, which the FDA strongly advises against. It is true many issues haven’t received widespread coverage, but some journalists attribute this to research or facts that don’t merit the spotlight. Different platforms will choose what to run, it’s not feasible to report every possible story but professional balance is essential.

Elijah added: “It’s the way people are being coerced that I think is a bit troubling and there hasn’t been enough questioning behind that. Even the lab leak theory which has been discussed in the mainstream media, six months ago that would never have been discussed. The public are hungry to know what’s really going on.”