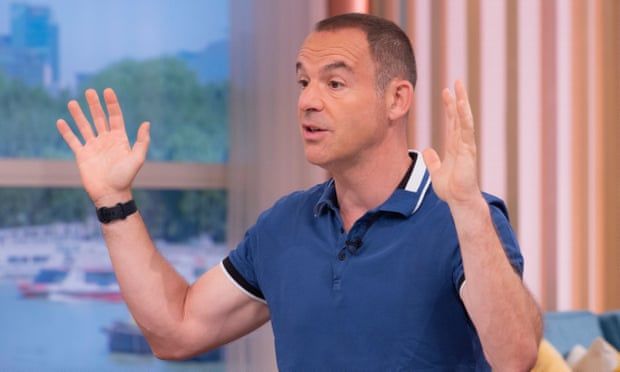 Money Saving Expert founder calls for warm public spaces in winter as cost of living becomes ‘unaffordable’ for some
The consumer champion Martin Lewis has warned the next prime minister that they stand to inherit a country on the brink of a “national financial cataclysm” as soaring energy bills threaten to tip households into crisis this winter.

The founder of the Money Saving Expert website has become increasingly vocal in recent months on behalf of financially stretched households, amid surging inflation and a cost of living crisis.

Lewis predicted that further gas and electricity bill price rises this autumn would require the provision of “warm spaces in public buildings” such as libraries, where people who can no longer afford to heat their homes can find shelter.

“The winter is going to be bleak,” said Lewis. “I believe unless action is taken we are facing a potential national financial cataclysm.” His comments came as new figures showed that in May, British workers’ living standards dropped at a record rate after pay rises failed to keep pace with inflation.

In an “open video letter” to the remaining candidates in the Conservative leadership contest, Lewis said the debate had ignored a worsening cost of living crisis, with energy bills set to jump in the autumn when a new higher price cap is expected to cause the average household bill to top £3,200.

A recent update from analysts at Cornwall Insight predicts that in October the energy price cap will rise to £3,244 a year. The default tariff cap is expected to then rise again in January, to £3,363 a year. The tariff, set quarterly by the energy industry regulator, Ofgem, is already at a record high of £1,971 a year.

This looming 65% increase in energy costs would have huge ramifications, said Lewis, with a typical energy bill now equal to more than a third of a state pensioner’s income. “It is just not affordable,” he said.

The £400 government grant to help with energy bills had been already been swallowed up by predicted increases in the price cap, Lewis explained.

“These rises are unaffordable for many on the lowest incomes,” he said. “And while tax cuts will help, for those at the bottom end of universal credit and many state pensioners, the rises – when added to the increasing costs of food and transport and other inflation – means they’ll be back to that choice between starving and freezing.”

“This winter we’re going to need warm spaces in public buildings,” he said. “Local councils, universities and libraries will need to open their doors and invite people in to keep warm because they can’t afford to put their own heating on.”

Based on the discussions Lewis had had with his 2 million followers on social media, he said civil unrest was becoming a “plausible outcome unless the government gets a handle on this”. The most likely action being taken was mass non-payment of bills, he said.

“More intervention and action is needed, and it needs to be quick,” said Lewis. “There is a hard deadline coming and without more action I worry lives could be lost.”
Add Comment