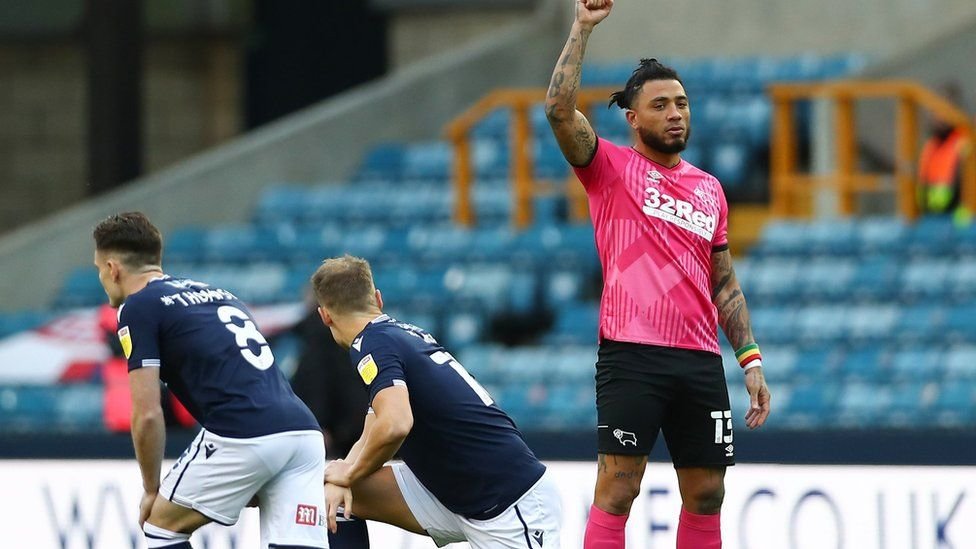 A man has been arrested over "abusive" Facebook posts made during a football match where players were booed for taking the knee.
Police said "a number of comments of an abusive nature" were reported as Derby County faced Milwall on Saturday.

Milwall said it was "dismayed and saddened" after its fans were heard jeering players before kick-off.

The booing of players before the match - the first time Millwall fans had been allowed at matches since attendance was suspended due to the coronavirus pandemic - drew condemnation from figures across the football world.

Derby boss Wayne Rooney said it was "disappointing and upsetting", while Millwall boss Gary Rowett said the incident overshadowed the long-awaited return of fans to stadiums.