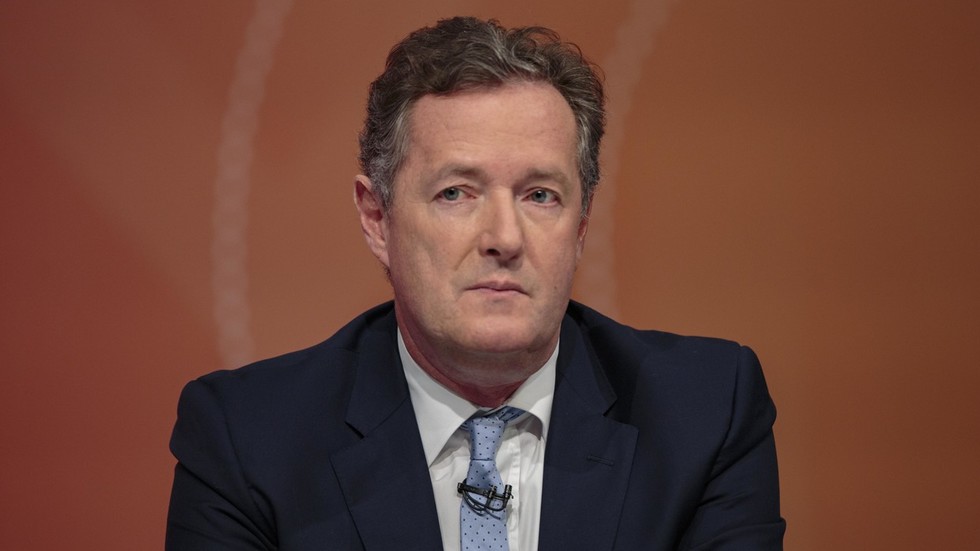 The ‘venomous’ abuse meted out to the broadcaster and his son forced him to install a panic button at home
After a lengthy investigation, a man has been arrested in relation to online death threats made to TV broadcaster Piers Morgan and his eldest son, Spencer.

In February 2021, Morgan revealed that he and his son had been targeted by an “internet troll.” In the violent messages, which the TV anchor reported to the police, he was called “a marked man.”

It was confirmed on Friday that a 43-year-old man had been arrested in Manchester, England, in August 2021 on suspicion of “making threats to kill.”

“He has been released under investigation while enquiries continue. The investigation remains ongoing,” Scotland Yard said in a statement quoted by the British media.

Although the police did not name the alleged perpetrator, commenting on The Sun’s report on the case, Morgan tweeted, “Cowardly threats have consequences.”

The threats had prompted the family to install a panic button at the family home, with Morgan later saying his three sons had become the subject of “venomous abuse and threats of violence.”

Speaking to The Sun, Morgan thanked the police for taking his complaint seriously. “People think it’s perfectly OK to make death threats to public figures on social media, but it’s not – there has to be a line drawn, especially when family members are targeted,” he said.

The individual’s digital devices were seized by police for forensic analysis, the paper said.

Morgan had previously linked the death threats to his controversial remarks about Prince Harry and Meghan Markle in the wake of their decision to quit their roles as senior members of the royal family. However, as he noted at the time, his sons had nothing to do with this story.

“None of them even care about Meghan Markle, let alone agree with my views on her. Yet the Twitter troll mob has found them guilty by association,” the TV host wrote.
Add Comment