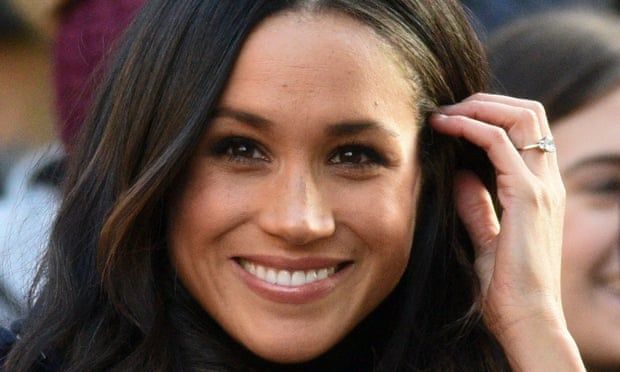 The Mail on Sunday must publish a front-page statement declaring the Duchess of Sussex’s victory in her copyright claim against the newspaper over its publication of a letter to her estranged father, a high court judge has ruled.

In another win for Meghan in her privacy battle against Associated Newspapers Ltd (ANL), publisher of the MoS and Mail Online, it has also been ordered to print a notice on page three of the newspaper, stating it “infringed her copyright” by publishing parts of her letter to Thomas Markle.

Mail Online has also been ordered to publish the statement on its homepage for one week, with a hyperlink to the full judgment. Meghan had sought for the online statement to be on the website for up to six months “to act as a deterrent to future infringers”, but the judge, Lord Justice Warby, was “not persuaded of the case for prolonged publication”.

Warby ruled the statements about Meghan’s victory would have “genuine utility”. “The defendant devoted a very considerable amount of space to the infringing articles, which it continued to publish for over two years,” he said.

“It has devoted a very considerable number of further column inches, and many hundreds if not thousands of words, to coverage of earlier stages of this litigation and commentary upon them. The wording sought is modest by comparison, and factual in nature.”

He said the published statements were “measured incursions” into ANL’s “freedom to decide what it publishes and does not publish” and were justified.

In Friday’s ruling, Warby also granted Meghan a declaration that ANL “misused her private information and infringed her copyright”.

The duchess sued ANL over a series of articles that reproduced parts of a “heartfelt” letter to her father in August 2018.

She claimed the five articles published in February 2019 involved a misuse of her private information, breached her copyright and breached the Data Protection Act.

She was granted summary judgment last month in relation to her privacy claim, meaning she won that part of the case without having to go to trial, as well as most of her copyright claim.

At a remote hearing on Tuesday, ANL’s lawyers were refused permission to appeal against that ruling on 10 grounds,

In Friday’s ruling, Warby explained that he “did not consider that there is any real prospect that the court of appeal would reach a different conclusion as to the outcome of the claim for misuse of private information, or as to the issues I decided in the copyright claim”.

The publisher can apply direct to the court of appeal.

The news came as a clip from the duchess’s forthcoming interview with Oprah Winfrey was released in which she described her former royal role as a “construct” into which she had entered after living an independent life.

The interview will be broadcast on CBS on Sunday night.

Asked what was right about this moment to talk after she had been approached by Winfrey, Meghan replied in the clip aired on CBS This Morning: “Well, so many things. That we’re on the other side of a lot of … a lot of life experience that’s happened.

“Also that we have the ability to make our own choices in a way that I couldn’t have said yes to you then. That wasn’t my choice to make.

“So, as an adult who lived a really independent life to then go into this construct that is … different than I think what people imagine it to be, it’s really liberating to be able to have the right and the privilege in some ways to be able to say yes, I’m ready to talk.”

In a previous clip, Meghan told Winfrey that Buckingham Palace was guilty of “perpetuating falsehoods” about her and her spouse.

The palace said earlier this week that it would be investigating allegations that she had bullied former members of staff, saying it was very concerned about the claims.

It also emerged this week the palace was just as much in the dark about the interview as the British public. Nor are the Sussexes understood to have received a final cut from the producers.

The interview was recorded before claims were published in the Times this week that the duchess had allegedly bullied former royal staff, leaving some of them in tears and driving two of them out of their palace roles. On the allegations, the duchess said she was saddened by this latest attack on her character.