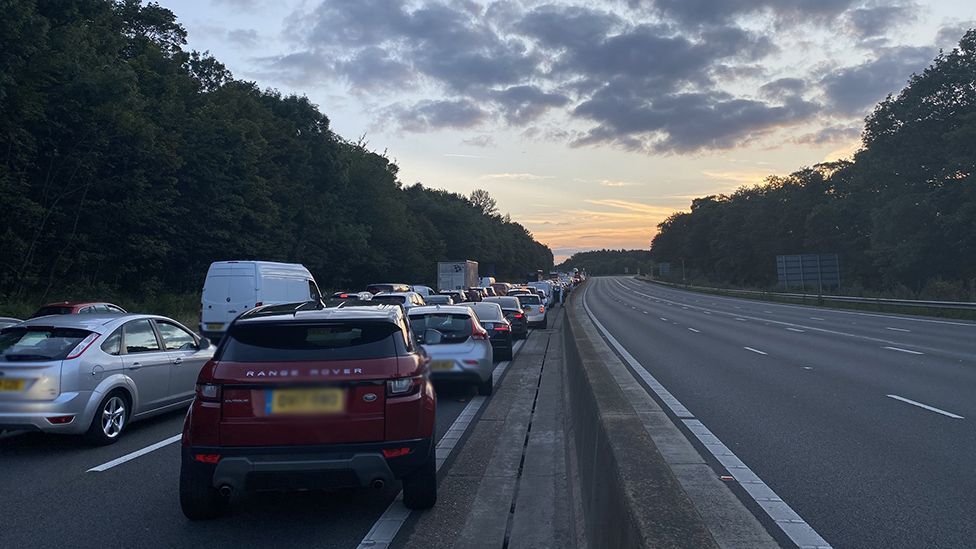 Three people have died in a collision involving multiple vehicles on the M25.

Essex Police said the crash involved a lorry, a minibus and a car between junctions 26 for Waltham Abbey and 27 for the M11 at about 18:15 BST on Monday.

A fourth person is in hospital with life-threatening injuries.

Police appealed to anyone with information or dash-cam footage to contact them.

"We are continuing to work as quickly as we can to piece together exactly what led to this tragic incident," he said.

"My thoughts, and those of all officers on scene, are with the families of those who lost their lives."

The carriageway was closed for about 11 hours while officers gathered evidence.

East of England Ambulance Service said it had treated a number of people.

Adam Pipe, head of roads policing at Essex Police, said it was a "complex investigation".

He said officers worked as fast as they could to gather evidence at the scene in order to reopen the carriageway.

"We do apologise for what happened last night," he said.

"We have a duty to the families and friends of those that have been lost to manage that situation and to investigate it properly."

He urged people who travel on motorways to consider taking supplies with them to help if they did become delayed.