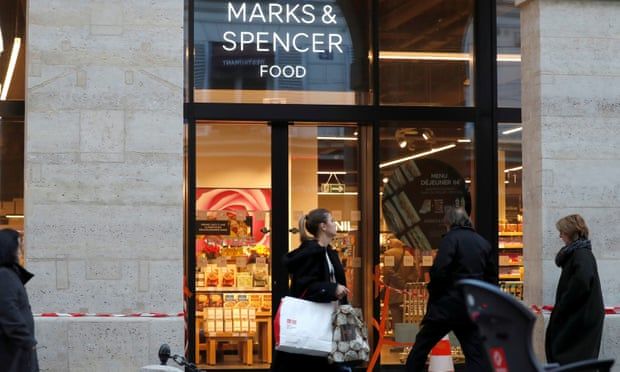 The high street retailer has been vocal about the big supply chain problems it has encountered since the UK left the trading bloc, with lengthy delays leading to tonnes of food being spoiled and gaps on shelves.

In the summer, the M&S chairman, Archie Norman, complained that “byzantine” regulations meant only two-thirds of sandwiches were getting to stores. Most of them only have a shelf life of 48 hours, so even short delays can make them unsaleable.

M&S made a humiliating exit from the continent in 2001 when it closed or sold shops in a number of countries including France. It would return to France with much fanfare a decade later. Steve Rowe, its chief executive, has sought to focus on improving its UK operation and hand over the running of its overseas stores to franchise partners.

The review puts the future of the 20 stores, mostly in Paris, in doubt, according to the Mail on Sunday, which first reported the story. The extent of closures is not yet clear, with the final decision likely to depend on the commitment of its two French franchise partners, the report said.

Analysts suggested that M&S in France could switch to using formula recently introduced in its Czech stores, where all fresh and chilled foods have been removed from the shelves and replaced with expanded ranges that have a longer shelf life.

M&S declined to comment on the likelihood of store closures, but in a statement it said: “In light of the new customs arrangements, we are taking decisive steps to reconfigure our European operations and have already made changes to food exports into the Czech Republic. We operate a franchise business in France and are undertaking a review of the model with our two partners.”
Add Comment