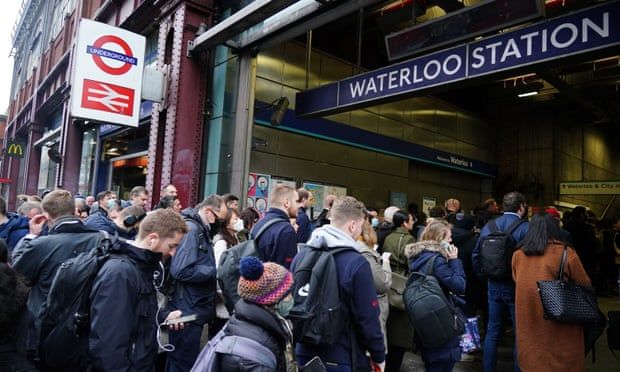 Most underground lines in capital remain suspended, with second walkout planned for Thursday

The majority of London Underground lines remained suspended on Wednesday morning after a 24-hour strike action by tube workers on Tuesday, with a further 24-hour walkout planned for Thursday.

Shortly before 8am, only the Victoria and Central lines were running a good service. Eight others lines were suspended, part-suspended or showing delays, and the Northern Line was part-closed.

The Docklands Light Railway was running a good service but the London Overground was operating a reduced service.

The RMT union called the strikes in a dispute over pensions, jobs and working conditions following a breakdown in talks last week. An estimated 10,000 tube workers took part in the strike on Tuesday.

The walkout forced the entire suspension of the network during the Tuesday morning rush-hour, although limited services returned later on a few lines. People tried to get to work on buses or in taxis but huge queues formed, forcing many to give up and go home. 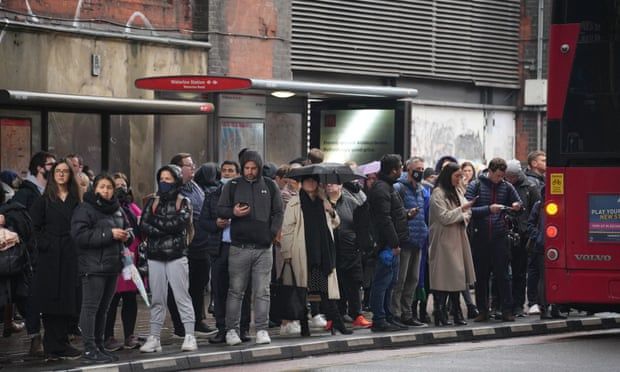 Commuters queue for buses at Waterloo station on Wednesday morning.

The Transport for London (TfL) chief operating officer, Andy Lord, was uncertain of the level of service that would be running on Wednesday. Speaking to BBC London, he said: “I’m hopeful that we’ll be able to provide slightly better service but unfortunately, I would still advise customers to check in advance and allow more time for their journey.

He added: “There will be disruption on Thursday, and [Wednesday] morning until eight o’clock, or thereabouts, and again on Friday. I would please ask everybody to go to the TfL website, look at the TfL Go app, and check before they travel.”

Meanwhile, unions have reacted with anger after a comment piece in the Daily Telegraph portrayed the RMT’s assistant general secretary, Eddie Dempsey, as a “apologist” for the Russian leader, Vladimir Putin because he met pro-Russian separatists in 2015.

The Communication Workers Union described the article as a “disgrace”. In a tweet, it added: “RMT members are protecting their pensions and jobs. Instead of pathetic attacks like this let’s see a bit more about the Russian-funded Tory government that is trying to do these workers over.”

The RMT’s former leader, Mick Cash, tweeted: “Shameful journalism. It would seem some are quite happy to follow in the dishonourable footsteps of those involved in the Zinoviev letter. Use Russian events to fraudulently discredit others.”