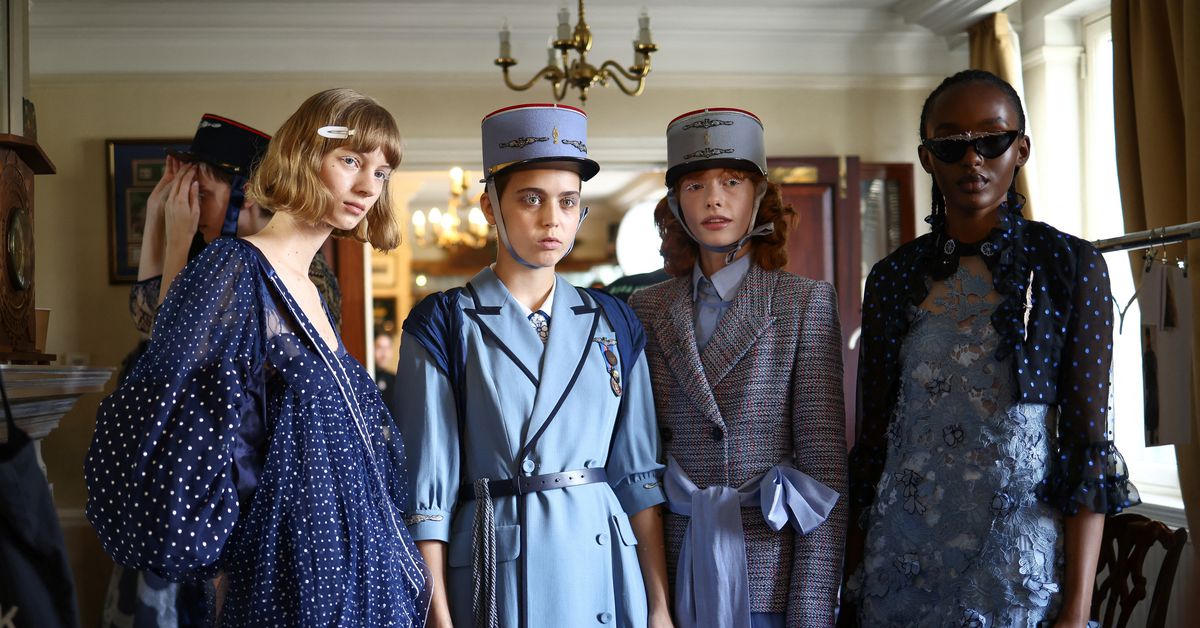 From an all-black opening look to models holding a picture of Queen Elizabeth, London Fashion Week began with tributes to the late monarch as fashionistas paid their respects during the period of national mourning.
Organisers announced last week that London Fashion Week would go ahead as a "business-to-business event" while observing royal protocol and holding tributes for the 96-year-old queen who died on Sept. 8.

Parties have been postponed and Monday's shows, the day of the queen's state funeral, have been rescheduled.

While bigger brands such as Burberry and Raf Simons, among the most-anticipated highlights this season, pulled out of the Sept 16-20 event, for smaller labels doing so is tricker.

"So the shows and presentations, which is the business to business part, where the designers show their collections to international media, retailers, stylists... (is) part of a global fashion calendar. It can't be moved," Caroline Rush, chief executive of the British Fashion Council, told Reuters.

"London is a platform for incredible creative businesses, many independent businesses and they've already committed spend. So we need to make sure that we're supporting them to be able to continue."

Among the tributes planned is a book of condolences from the fashion industry, which once saw Elizabeth sitting front row at a London show, and fashionistas will join in a national moment of reflection - a one minute silence - on Sunday evening at 8pm (1900 GMT) ahead of the Christopher Kane show.

On Thursday evening, designer Daniel W. Fletcher held a minute's silence before sending out his first model in a black suit and a black armband.

"I thought as we are opening the event it was important to mark that moment," Fletcher told London newspaper the Evening Standard.

Spanish sustainable brand Sohuman ended its Friday show with models, their eye makeup smeared as if crying, holding a picture of Elizabeth and with drawings of the crown or "RIP" written on their hands.

"After the pandemic, the situation around the world is very complicated," he told Reuters.

"And we think it is important to empower woman with a lot colours flowers, attitude, energy."

Turkish designer Bora Aksu also held a minute's silence ahead of his show, where he presented his usual array of frilly feminine dresses, as well as military-style jackets and hats.
Add Comment